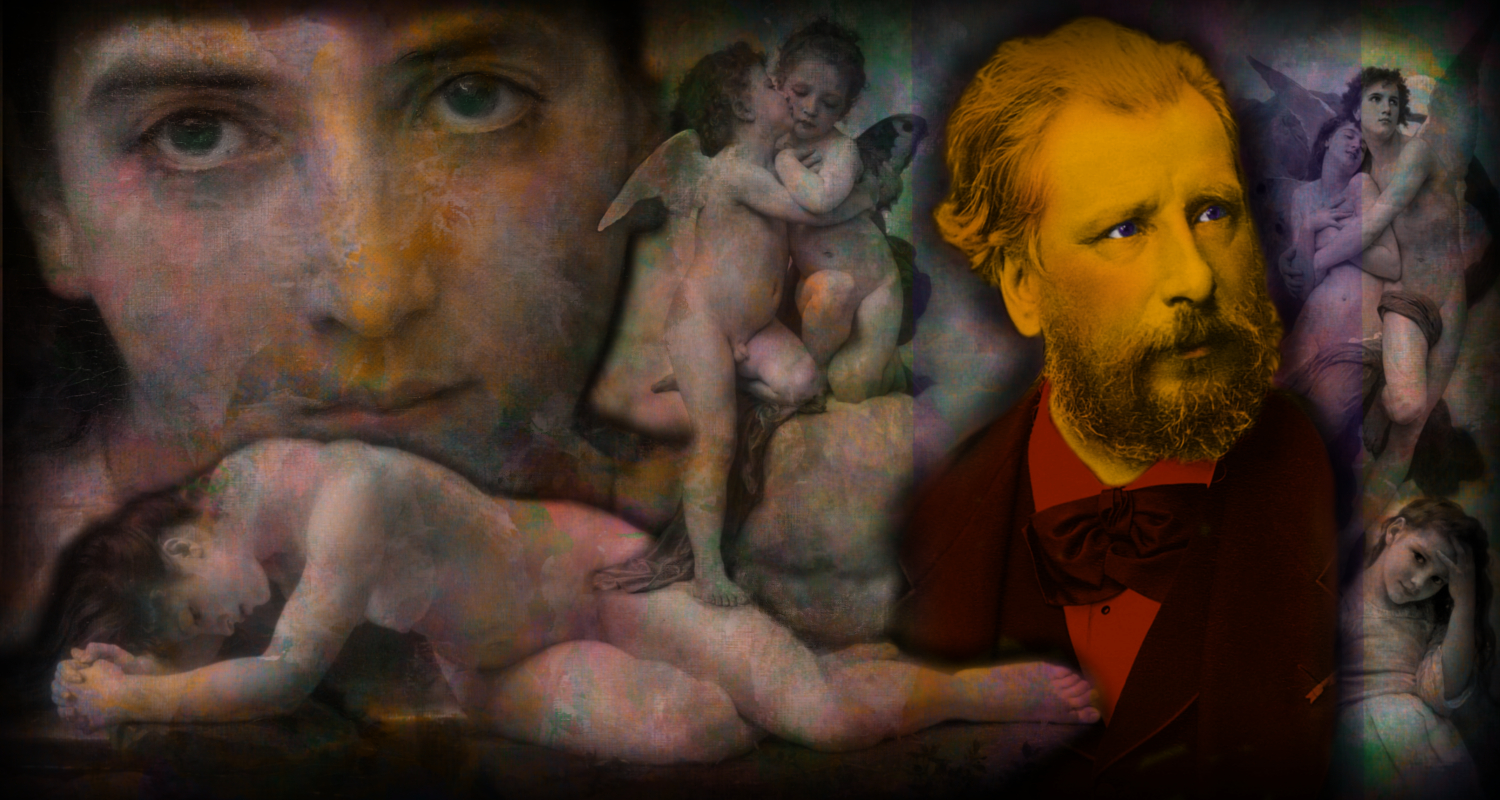 William-Adolphe Bouguereau (November 30, 1825 – August 19, 1905) was a French academic painter and traditionalist. In his realistic genre paintings he used mythological themes, making modern interpretations of classical subjects, with an emphasis on the female human body. During his life he enjoyed significant popularity in France and the United States, was given numerous official honors, and received top prices for his work. As the quintessential salon painter of his generation, he was reviled by the Impressionist avant-garde. By the early twentieth century, Bouguereau and his art fell out of favor with the public, due in part to changing tastes. In the 1980s, a revival of interest in figure painting led to a rediscovery of Bouguereau and his work. 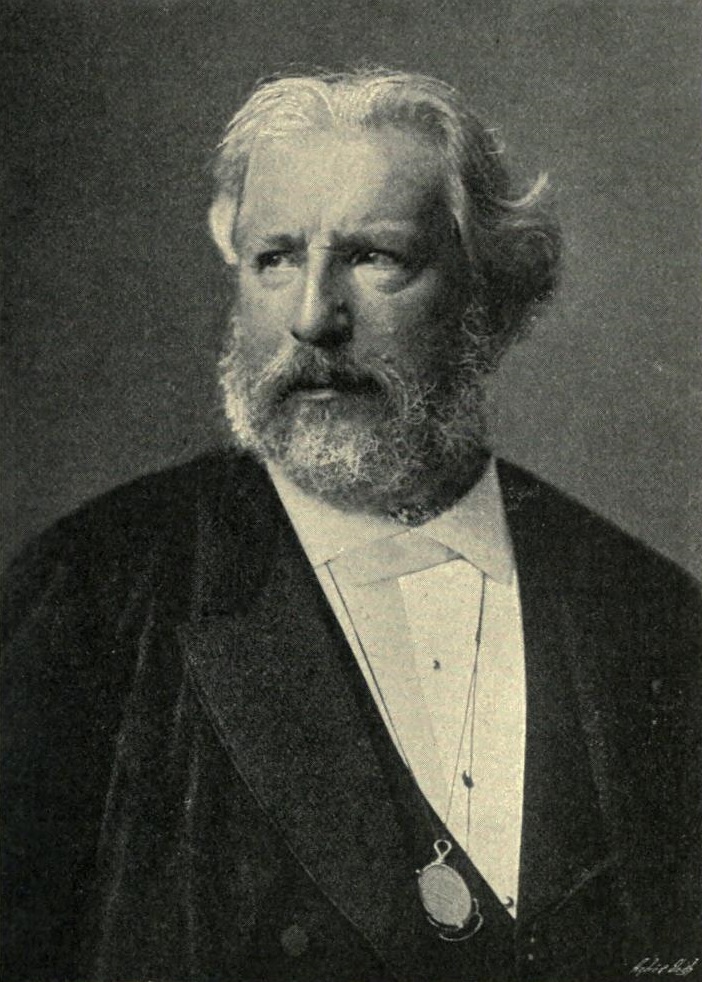 William-Adolphe Bouguereau was born in La Rochelle, France, on November 30, 1825, into a family of wine and olive oil merchants. He seemed destined to join the family business but for the intervention of his uncle Eugène, a Roman Catholic priest, who taught him classical and Biblical subjects, and arranged for Bouguereau to go to high school. He showed artistic talent early on, and his father was convinced by a client to send him to the École des Beaux-Arts in Bordeaux, where the young artist won first prize in figure painting for a depiction of Saint Roch. During this time, in order to earn extra money, he designed labels for jams and preserves.

Through his uncle, Bouguereau was given a commission to paint portraits of parishioners, and when his aunt matched the sum he earned, Bouguereau went to Paris and became a student at the École des Beaux-Arts. To supplement his formal training in drawing, he attended anatomical dissections and studied historical costumes and archeology. He was admitted to the studio of François-Édouard Picot, where he studied painting in the academic style.

Academic painting placed the highest status on historical and mythological subjects and Bouguereau won the coveted Prix de Rome at age 26 in 1850, with his Zenobia Found by Shepherds on the Banks of the Araxes. His reward was a year at the Villa Medici in Rome, Italy, where in addition to formal lessons he was able to study first-hand the Renaissance artists and their masterpieces, as well as Greek, Etruscan, and Roman antiquities. He also studied classical literature, which influenced his subject choice for the rest of his career.

Bouguereau, painting within the traditional academic style, exhibited at the annual exhibitions of the Paris Salon for his entire working life. An early reviewer stated, “M. Bouguereau has a natural instinct and knowledge of contour. The eurythmie of the human body preoccupies him, and in recalling the happy results which, in this genre, the ancients and the artists of the sixteenth century arrived at, one can only congratulate M. Bouguereau in attempting to follow in their footsteps … Raphael was inspired by the ancients … and no one accused him of not being original.”Raphael was a favorite of Bouguereau and he took this review as a high compliment. He had fulfilled one of the requirements of the Prix de Rome by completing an old-master copy of Raphael’s The Triumph of Galatea. In many of his works, he followed the same classical approach to composition, form, and subject matter.

Bouguereau’s graceful portraits of women were considered very charming, partly because he could beautify a sitter while also retaining her likeness. He gained wide fame in Belgium, the Netherlands, Spain, and in the United States, and commanded high prices. In his own time, Bouguereau was considered to be one of the greatest painters in the world by the academic art community, and he was simultaneously reviled by the avant-garde for his traditionalism. 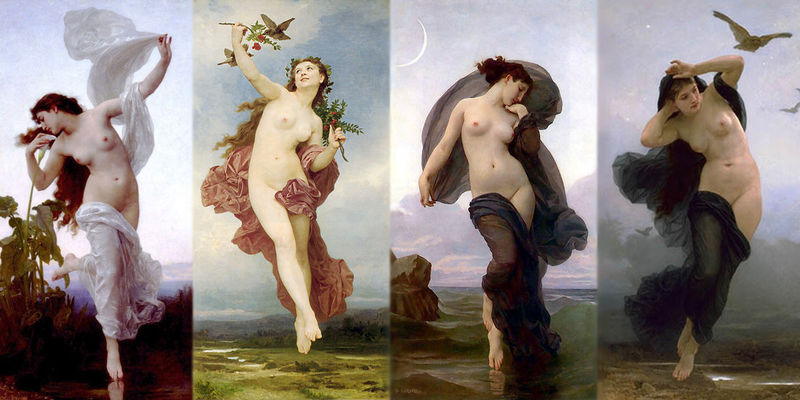 Bouguereau’s career was close to a direct ascent with hardly a setback. To many, he epitomized taste and refinement, and a respect for tradition. To others however, he was a competent technician stuck in the past. Degas and his associates used the term “Bouguereauté” in a derogatory manner to describe any artistic style reliant on “slick and artificial surfaces”, also known as a “licked finish.” In an 1872 letter, Degas wrote that he strove to emulate Bouguereau’s ordered and productive working style, although with Degas’ famous trenchant wit, and the aesthetic tendencies of the Impressionists, it is possible the statement was meant to be ironic. Paul Gauguin loathed him, rating him a round zero in his book Racontars de Rapin, and later describing in Avant et après (Intimate Journals) the single occasion when Bouguereau made him smile on coming across a couple of his paintings in an Arles’ brothel, “where they belonged”. 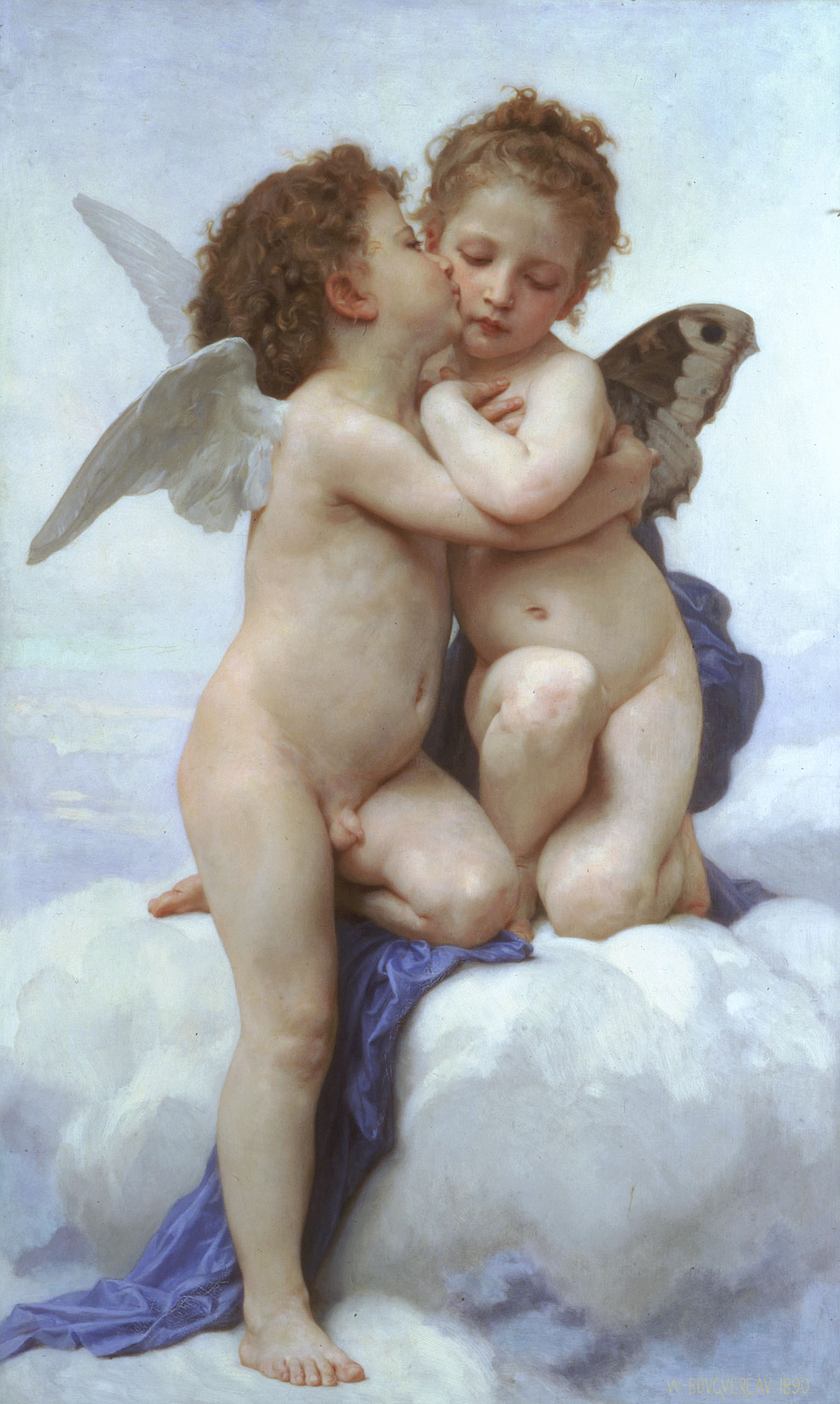 In 1856, he married Marie-Nelly Monchablon and together they had five children, three sons and two daughters. 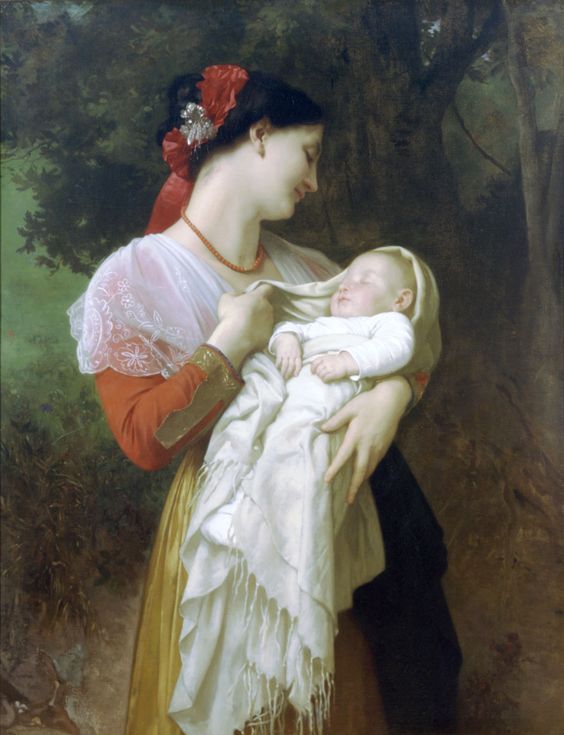 By the late 1850s, he had made strong connections with art dealers, particularly Paul Durand-Ruel (later the champion of the Impressionists), who helped clients buy paintings from artists who exhibited at the Salons. Thanks to Paul Durand-Ruel, Bouguereau met Hugues Merle, who later often was compared to Bouguereau. The Salons annually drew over 300,000 people, providing valuable exposure to exhibited artists.

Bouguereau’s fame extended to England by the 1860s, and with his growing income he bought a large house and studio in Montparnasse, an area of Paris popular with artists to this day. Although relatively little is known about it, Bouguereau’s private life was less than idyllic. He and his family lived together with his domineering mother in a purposely-built large house and studio at 75, rue Notre-Dame des Champs.

Bouguereau was a staunch traditionalist whose genre paintings and mythological themes were modern interpretations of Classical subjects, both pagan and Christian, with a concentration on the naked female human body. The idealized world of his paintings brought to life goddesses, nymphs, bathers, shepherdesses, and madonnas in a way that appealed to wealthy art patrons of the era.

Bouguereau received many commissions to decorate private houses, public buildings, and churches. As was typical of such commissions, Bouguereau would sometimes paint in his own style, and at other times conform to an existing group style. Early on, Bouguereau was commissioned in all three venues, which added enormously to his prestige and fame. He also made reductions of his public paintings for sale to patrons, of which The Annunciation (1888) is an example. He was also a successful portrait painter and many of his paintings of wealthy patrons remain in private hands.

From the 1860s, Bouguereau was closely associated with the Académie Julian, and in 1875 began teaching there. The Académie was a co-ed art institution independent of the École des Beaux-Arts, with no entrance exams and with nominal fees, where he gave lessons and advice to art students, male and female, from around the world. During several decades he taught drawing and painting to hundreds, if not thousands, of students.

Many of them managed to establish artistic careers in their own countries, sometimes following his academic style, and in other cases, rebelling against it, like one of his most famous students, Henri Matisse. 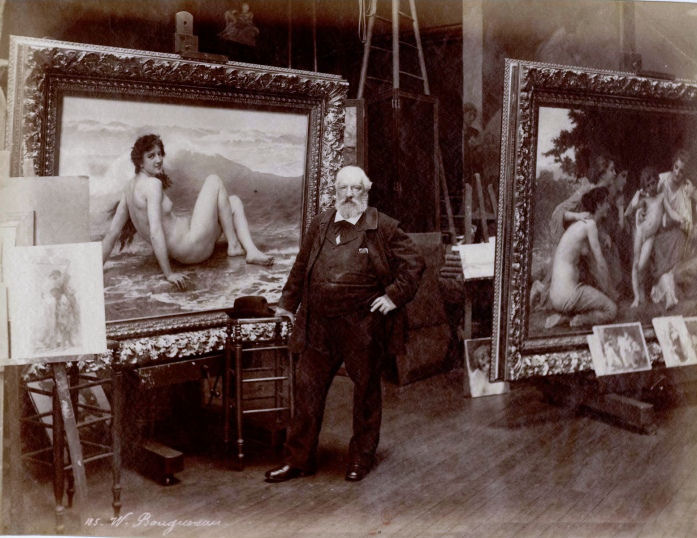 In 1877, both his wife and infant son died. At a rather advanced age, Bouguereau was married for the second time in 1896, to fellow artist Elizabeth Jane Gardner Bouguereau, one of his pupils. He used his influence to open many French art institutions to women for the first time, including the Académie Française. 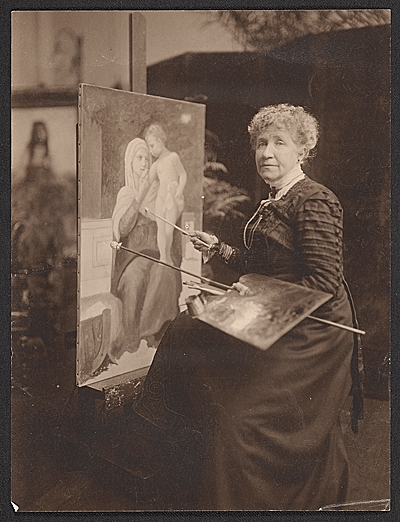 Near the end of his life he described his love of his art: “Each day I go to my studio full of joy; in the evening when obliged to stop because of darkness I can scarcely wait for the next morning to come … if I cannot give myself to my dear painting I am miserable.” In his lifetime, he is known to have painted 826 paintings, the whereabouts of many are still unknown. 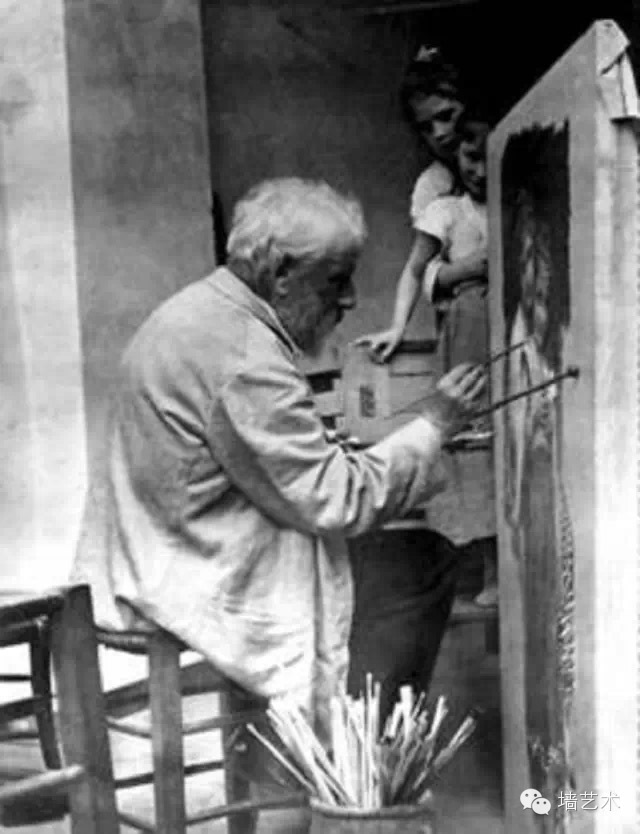 In the spring of 1905, Bouguereau’s house and studio in Paris were burgled, with much vandalism and a number of his works stolen. Having suffered from heart disease for some years already, the stress of this event took its toll on the aged master. His heart, now broken emotionally as well as physically, stopped beating on August 19, 1905. Bouguereau was 79. He was buried at the Cimetière de Montparnasse, in Paris. 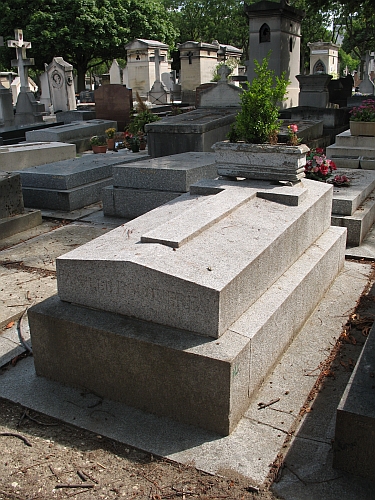 In 1974, the New York Cultural Center staged a show of Bouguereau’s work partly as a curiosity, although curator Robert Isaacson had his eye on the long-term rehabilitation of Bouguereau’s legacy and reputation. In 1984, the Borghi Gallery hosted a commercial show of 23 oil paintings and one drawing. In the same year a major exhibition was organized by the Montreal Museum of Fine Arts in Canada. The exhibition opened at the Musée du Petit-Palais, in Paris, traveled to The Wadsworth Atheneum in Hartford, and concluded in Montréal. More recently, resurgence in the artist’s popularity has been promoted by American collector Fred Ross, who owns a number of paintings by Bouguereau and features him on his website at Art Renewal Center. 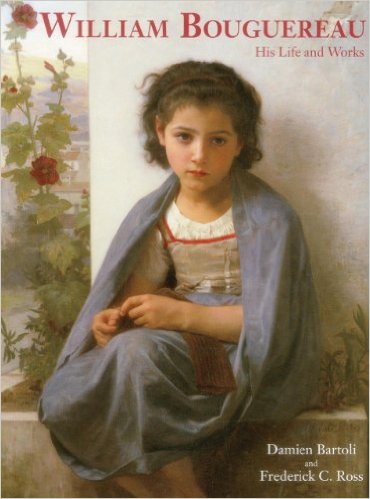 The great master Salvador Dalí was also a collector of Bouguereau’s work later in his life, and one can easily see the influence that the traditionalist had on the most famous surrealist in history. This influence is notable in the piece left unfinished at Dalí’s Port Lligat home in Spain. Dalí left the home upon the death of his beloved wife Gala, and never returned to finish what certainly would have been another in his long series of masterpieces.

Notre Dame des Anges (Our Lady of the Angels) was last shown publicly in the United States at the World’s Columbian Exhibition in Chicago in 1893. In 2002 it was donated to the Daughters of Mary Mother of Our Savior, an order of nuns is affiliated with Clarence Kelly’s Traditionalist Catholic Society of St. Pius V. In 2009 the nuns sold it to an art dealer for $450,000, who was able to sell it for more than $2 million dollars. The nuns were subsequently found guilty of libel in 2012 by an Albany, New York jury of defaming the dealer in remarks made in a television interview.