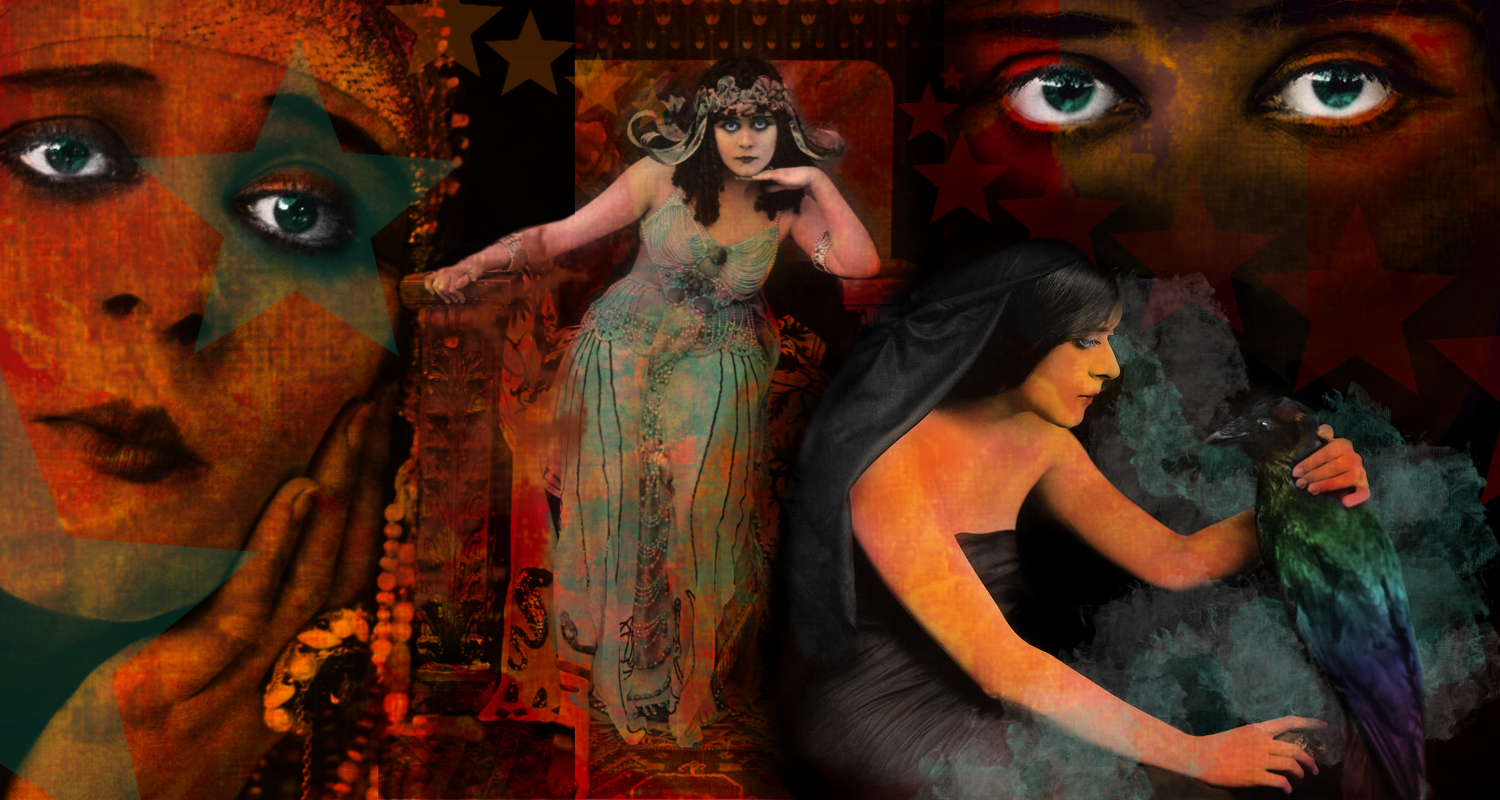 Theda Bara was one of the most popular actresses of the silent era, and one of cinema’s earliest sex symbols. Her femme fatale roles earned her the nickname “The Vamp.” 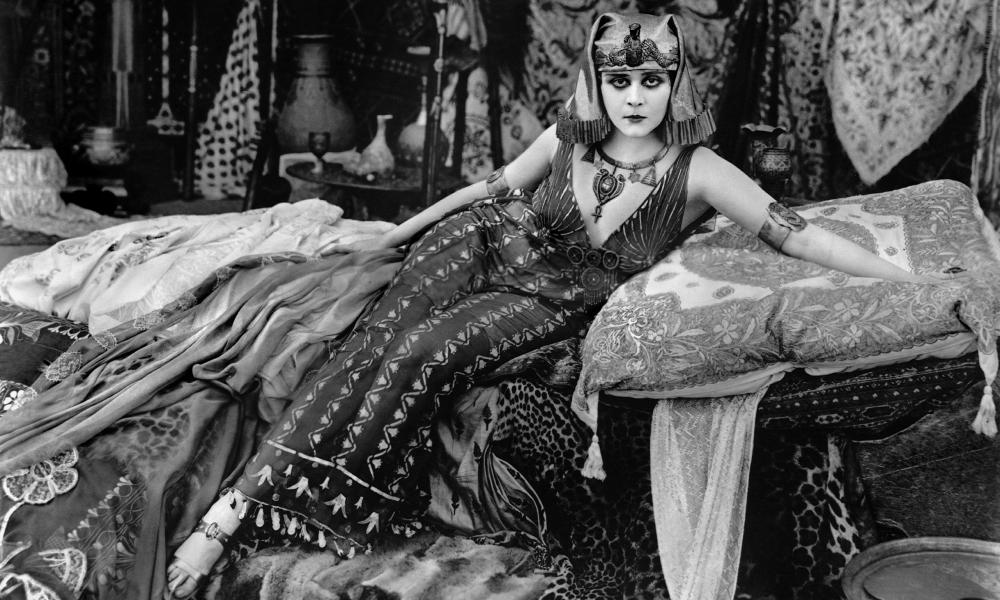 She was born Theodosia Burr Goodman in the Avondale section of Cincinnati, Ohio. Her father was Bernard Goodman (1853–1936), a prosperous Jewish tailor born in Poland. Her mother, Pauline Louise Françoise (née de Coppett; 1861–1957), was born in Switzerland. She had two siblings: Marque (1888–1954) and Esther (1897–1965), who also became a film actress known as Lori Bara.

Theda attended Walnut Hills High School graduating in 1903. After attending the University of Cincinnati for two years, she worked mainly in theater productions, but did explore other projects. After moving to New York City in 1908, she made her Broadway debut in The Devil (1908).

Most of Bara’s early films were shot around the East Coast, primarily at the Fox Studios in Fort Lee, New Jersey. Bara lived with her family in New York City during this time. Her rise to fame was fairly quick, and she soon obtained the nickname “The Vamp,” based upon her role as a home wrecker in the 1915 film, A Fool There Was, inspired by Rudyard Kipling’s The Vampire.

The moniker “Vamp” soon became synonymous with seductive, “dangerous” women. Progressive women who wanted to vote and to have a job were so disturbing to the status quo one hundred years ago that equating them to the bewitching, undead creatures seemed appropriate. But it was the birth of motion pictures that gave the allure of female bodies an unearthly, flickering glow, as nickelodeon shorts became feature-length films, and the first era of the movie siren was born. Combine the power of liberation with the erotic potential of cinema, and in the late 1910s, a new kind of female power was born.

The rise of Hollywood as the center of the American film industry led Bara to relocate to Los Angeles to film the epic Cleopatra (1917), which became one of Bara’s most famous works. No known prints of Cleopatra exist today, but numerous photographs of Bara in costume as the Queen of the Nile have survived. 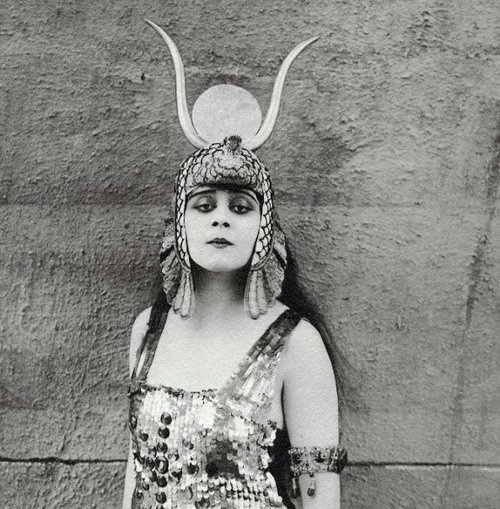 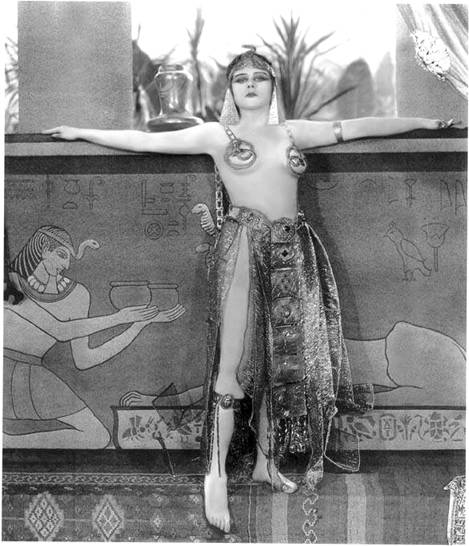 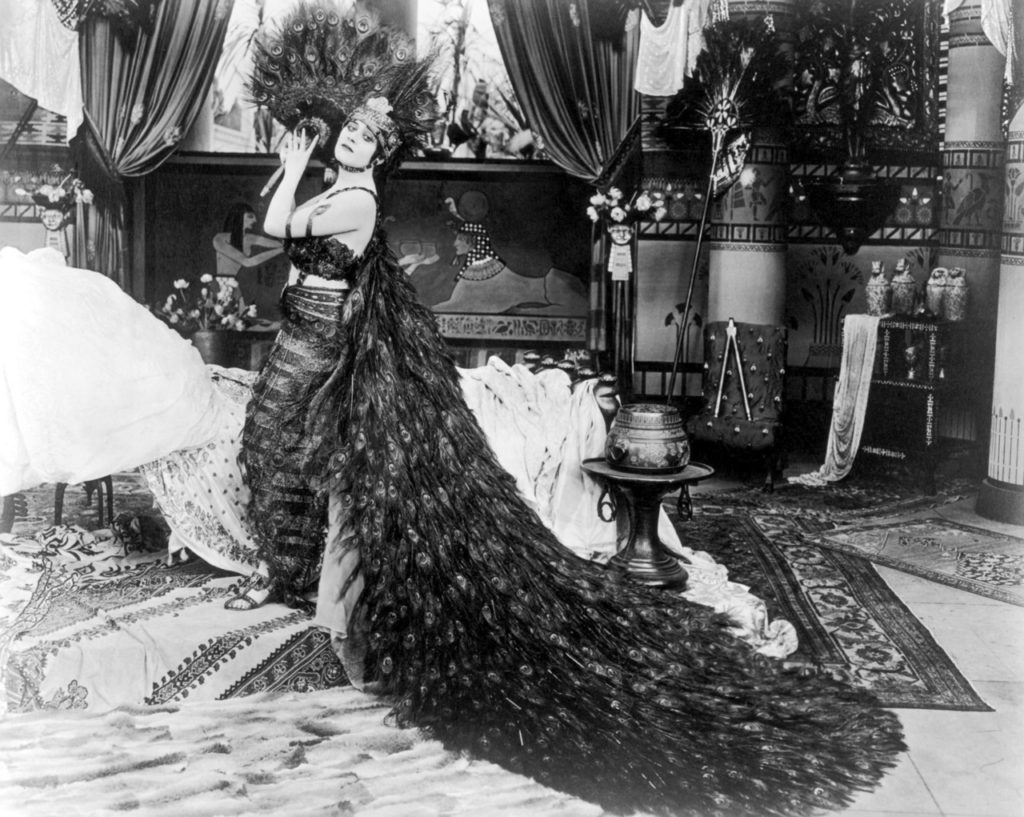 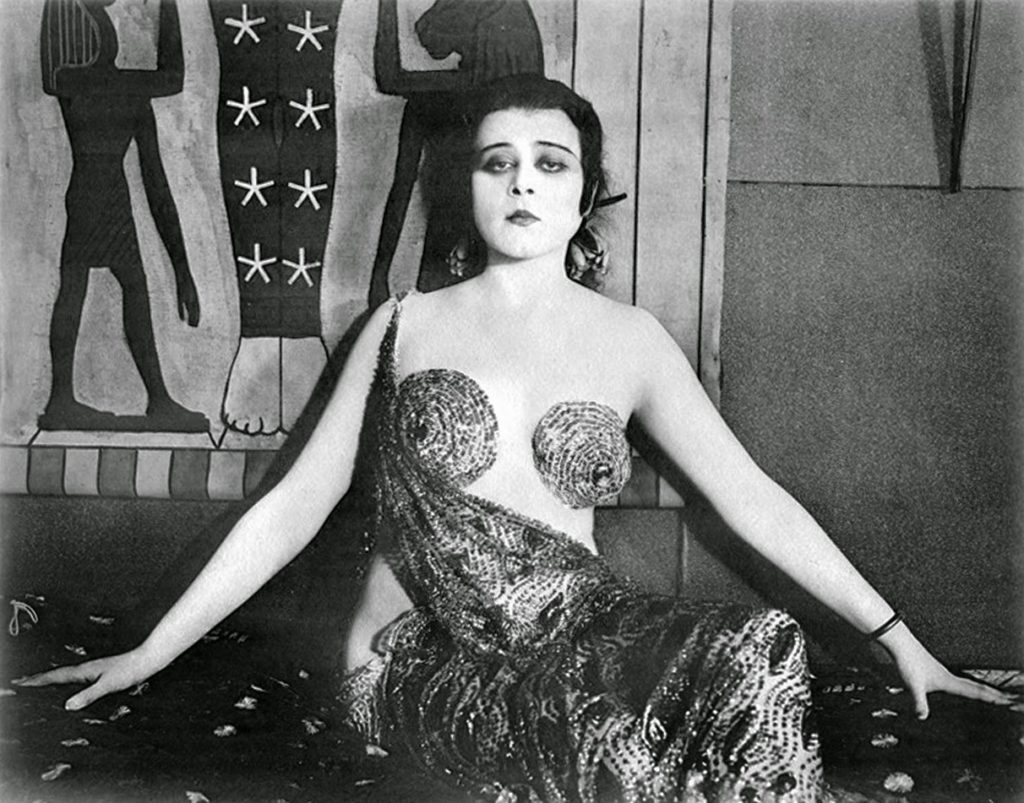 She had tried playing wholesome heroines in films such as Under Two Flags (1916) and Her Double Life (1916), as well as appearing as Juliet in a version of Shakespeare’s Romeo and Juliet (1916), but despite being Fox studio’s biggest star, she was bored of being typecast as a vamp and allowed her five-year contract with Fox to expire. Her final Fox film was The Lure of Ambition (1919).

In 1920, she turned briefly to the stage, appearing on Broadway in The Blue Flame. Bara’s fame drew large crowds to the theater, but her acting was savaged by critics. Although Bara took her craft seriously, the general public only saw her as an exotic “wanton woman,” and much to her frustration, she was unable to develop a more versatile career.  Her career suffered without Fox studio’s support, and she did not make another film until The Unchastened Woman (1925) for Chadwick Pictures Corporation.

Bara retired after making only one more film, the short comedy Madame Mystery (1926), made for Hal Roach and directed by Stan Laurel, in which she parodied her vamp image.

At the height of her fame, Bara earned $4,000 per week (approximately $50,000 by 2016 standards). She was one of the most popular movie stars, ranking as one of the biggest theatre draws aside Charlie Chaplin and Mary Pickford.

The origin of Bara’s stage name is disputed. The Guinness Book of Movie Facts and Feats says it was bestowed upon her by director Frank Powell, who learned that “Theda” was a childhood nickname. In promoting the 1917 film Cleopatra, Fox Studio publicists noted that the name was an anagram of Arab death, and her press agents claimed inaccurately that she was “the daughter of an Arab sheik and a French woman, born in the Sahara.” In 1917 the Goodman family legally changed its surname to Bara. 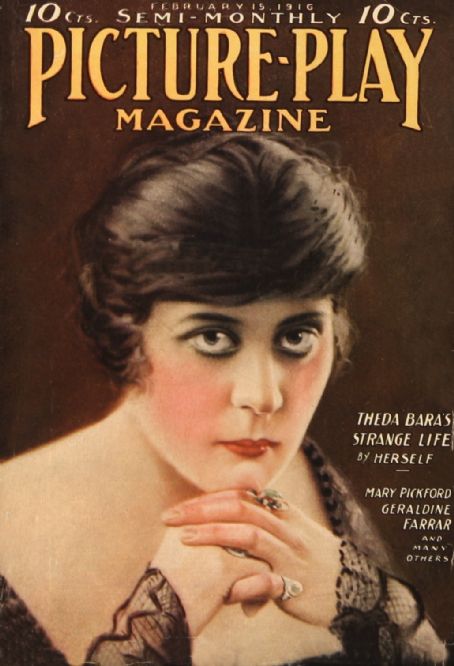 It was popular at that time to promote an actress as mysterious, with an exotic background. The studios promoted Bara with a massive publicity campaign, billing her as the Egyptian-born daughter of a French actress and an Italian sculptor. They claimed she had spent her early years in the Sahara Desert under the shadow of the Sphinx, then moved to France to become a stage actress. (In fact, Bara had never been to Egypt or France.) They called her the Serpent of the Nile and encouraged her to discuss mysticism and the occult in interviews. Some film historians point to this as the birth of two Hollywood phenomena: the studio publicity department and the press agent, which would later evolve into the public relations person.

Bara is often cited as the first sex symbol of the movies. She was well known for wearing very revealing costumes in her films. Such outfits were banned from Hollywood films after the Production Code of 1930 (also known as the “Hays Code,”), which was a conservative and puritanical document in response to “the rapid transition from silent to talking pictures,” and the fact that movies “may be directly responsible for spiritual or moral progress, for higher types of social life, and for much correct thinking.” After 1934 this code was even more strictly enforced, weighing heavily on the statement, “No picture shall be produced that will lower the moral standards of those who see it. Hence the sympathy of the audience should never be thrown to the side of crime, wrongdoing, evil or sin.” Until that time however, costume designers had fun… 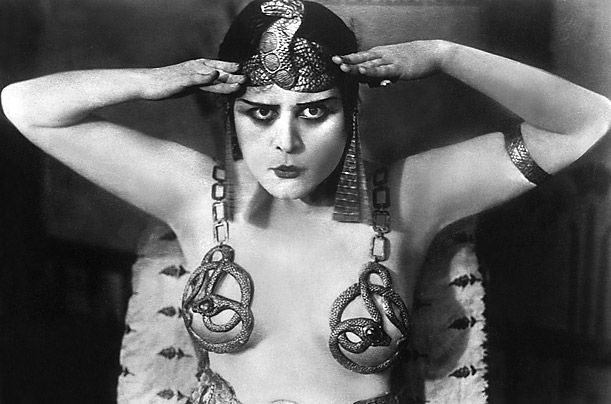 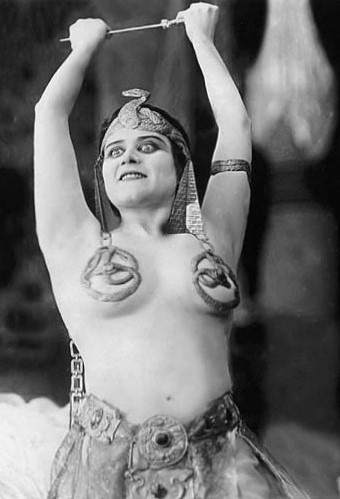 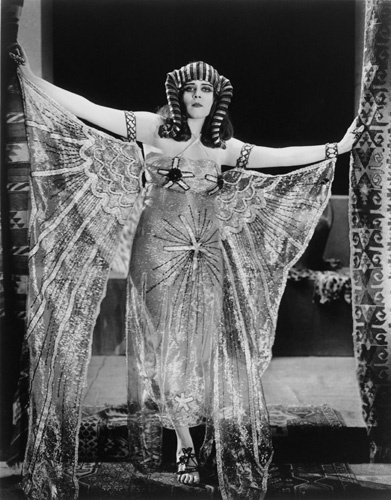 In 1921, Bara married British-born American film director Charles Brabin. They honeymooned in Nova Scotia at The Pines Hotel in Digby, Nova Scotia, and later purchased a 400 hectares (990 acres) property down the coast from Digby at Harbourville overlooking the Bay of Fundy, eventually building a summer home they called Baranook. They had no children. Bara had also resided in a villa-style home, which served as the “honors villa” at Xavier University in Cincinnati, Ohio. Sadly, the home was destroyed without purpose, in July, 2011. 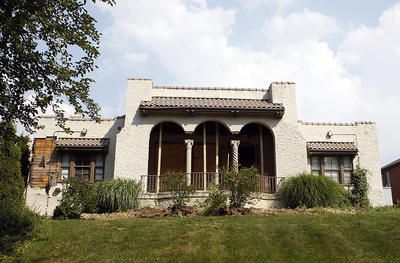 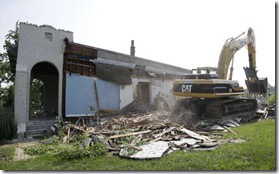 In 1936, she appeared on Lux Radio Theatre during a broadcast version of The Thin Man with William Powell and Myrna Loy. She did not appear in the play but instead announced her plans to make a movie comeback, which never materialized. She appeared on radio again in 1939 as a guest on Texaco Star Theatre. These may be the only recordings of her voice ever made.

In 1955, on April 7, Bara died of stomach cancer in Los Angeles, California. She was interred as Theda Bara Brabin in Forest Lawn Memorial Park Cemetery in Glendale, California. 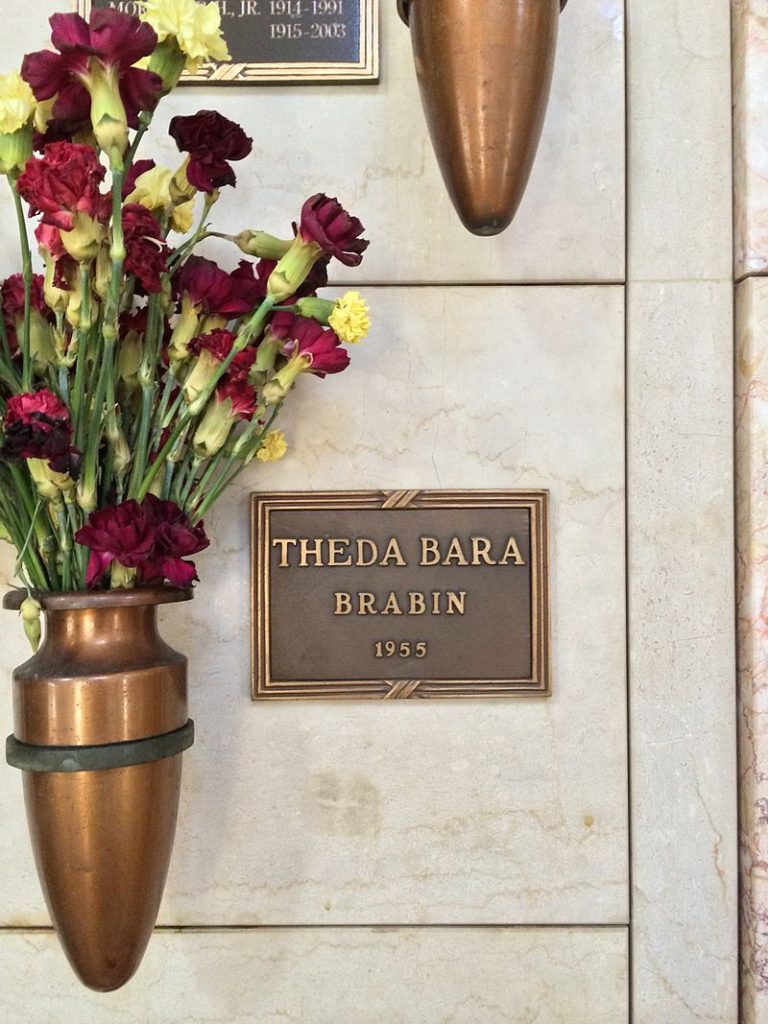 Bara is one of the most famous completely silent stars – she never appeared in a sound film, lost or otherwise. A 1937 fire at Fox’s nitrate film storage vaults in New Jersey destroyed most of that studio’s silent films. Bara made more than forty films between 1914 and 1926, but complete prints of only six still exist: The Stain (1914), A Fool There Was (1915), East Lynne (1916), The Unchastened Woman (1925), and two short comedies for Hal Roach.

In addition to these, a few of her films remain in fragments including Cleopatra (just a few seconds of footage), a clip thought to be from The Soul of Buddha, and a few other unidentified clips featured in a French documentary, Theda Bara et William Fox (2001). Most exsiting clips can be seen in the documentary The Woman with the Hungry Eyes (2006). Here is a short video with what remains of her Cleopatra film, followed by the 1936 radio interview for the Lux Radio Theatre:

In 1994, she was honored with her image on a United States postage stamp designed by caricaturist Al Hirschfeld. 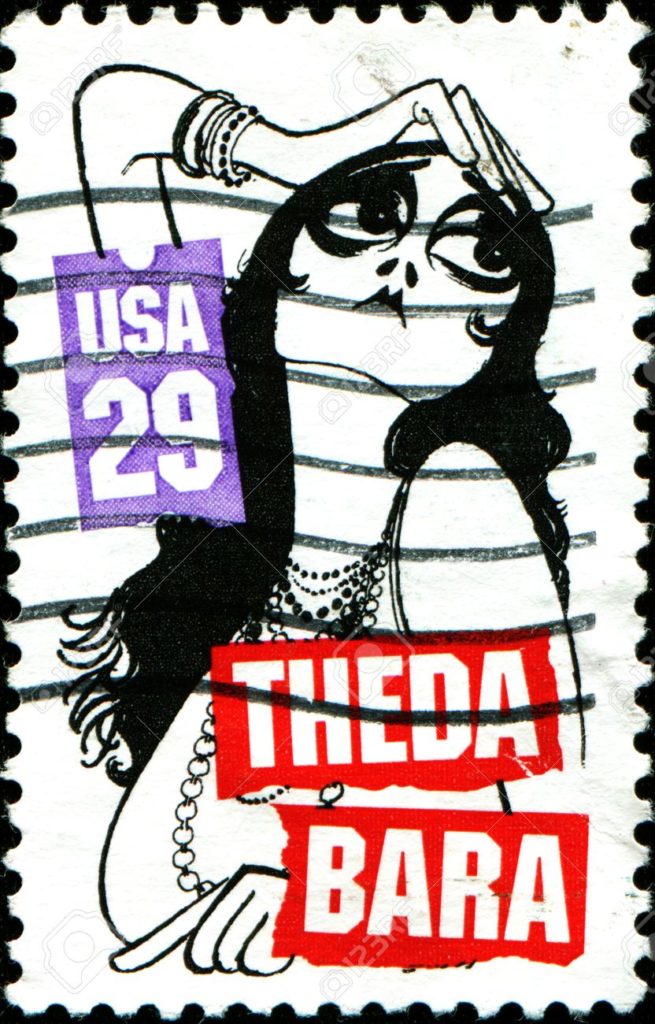