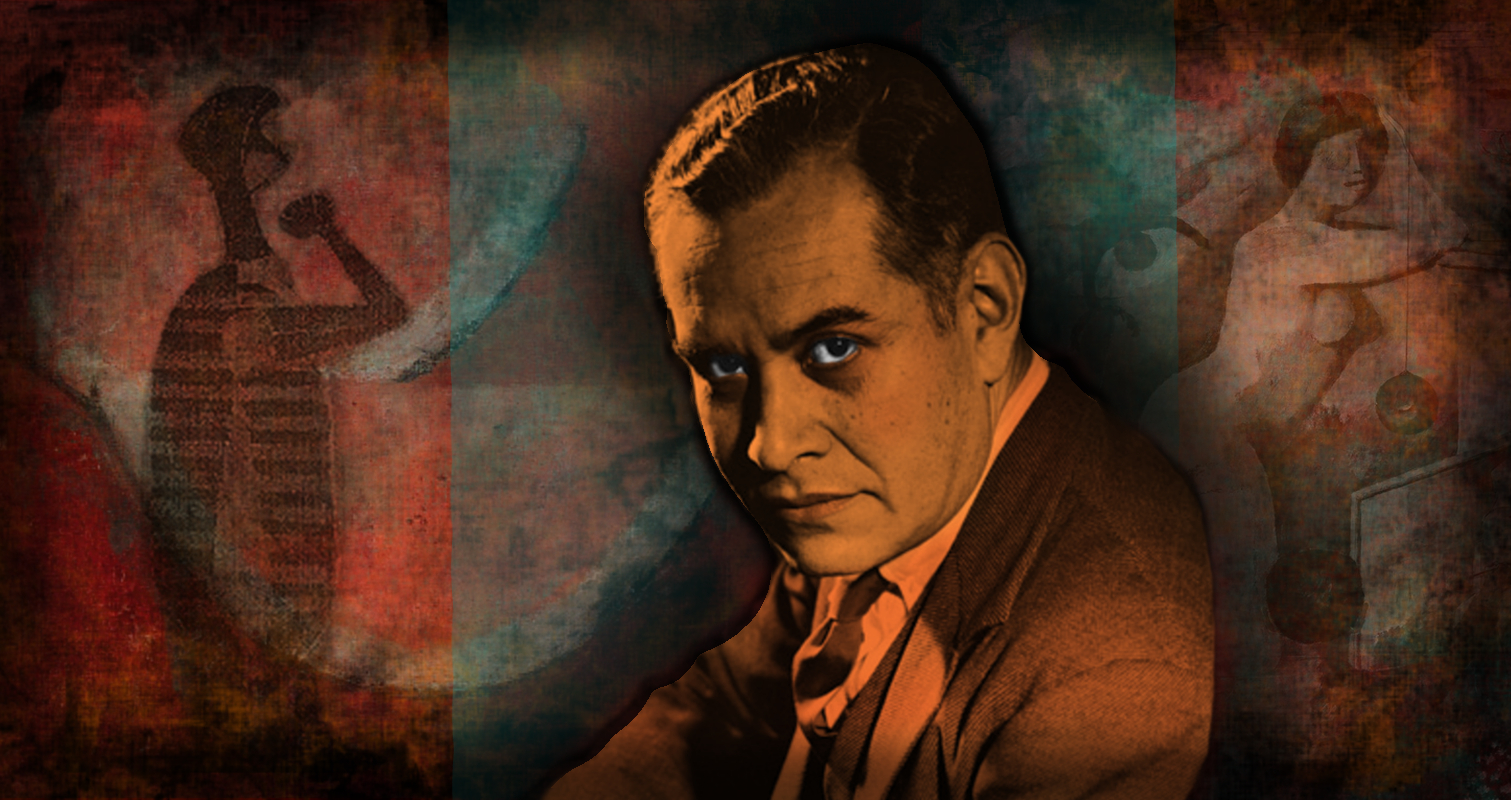 Rufino Tamayo (1899 – 1991) was a Mexican painter of Zapotec heritage, born in Oaxaca de Juárez, Mexico. Tamayo was active in the mid-20th century in Mexico and New York, painting figurative abstraction with surrealist influences. 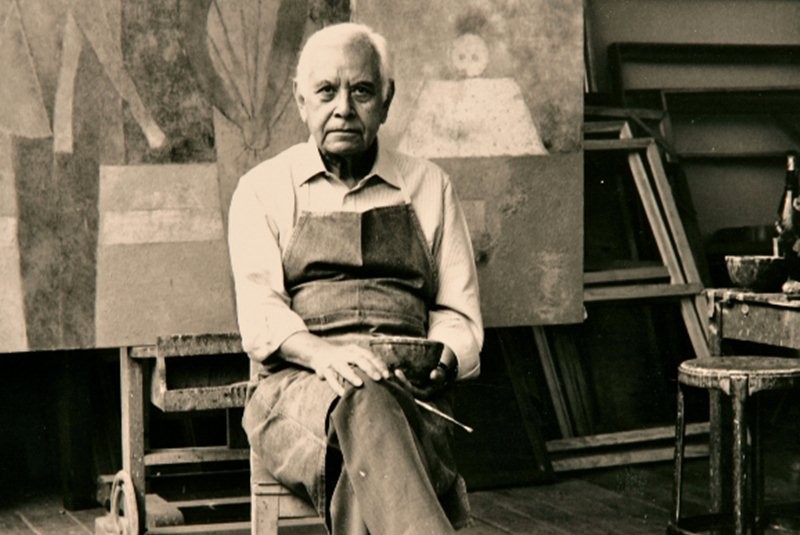 Rufino Tamayo was born in Oaxaca de Juárez, Mexico. His parents died when he was a young man and he then moved to Mexico City to live with his aunt. While there, he devoted himself to helping his family with their small business. However, after a while, his aunt enrolled him at Escuela Nacional de Artes Plasticas at San Carlos in 1917 to study art. As a student, he experimented with and was influenced by Cubism, Impressionism and Fauvism, among other popular art movements of the time, but with a distinctly Mexican feel. Although he studied drawing at the Academy of Art at San Carlos as a young adult, he became dissatisfied and eventually decided to study on his own. He then he began working for José Vasconcelos at the Department of Ethnographic Drawings (1921), and was later appointed head of the department by Vasconcelos. 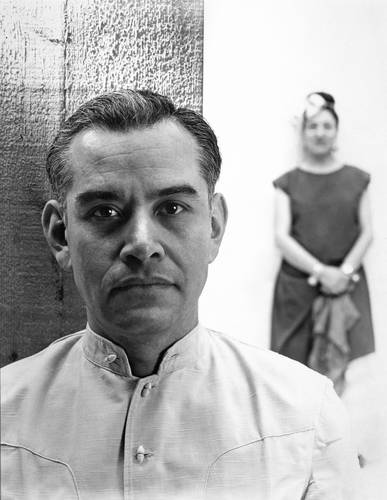 Rufino Tamayo, along with other muralists such as Rivera, Orozco, and Siqueiros, represented the twentieth century in their native country of Mexico. After the Mexican Revolution, Tamayo devoted himself to creating a distinct identity in his work. He expressed what he envisioned as the traditional Mexico and eschewed the overt political art of such contemporaries as José Clemente Orozco, Diego Rivera, Oswaldo Guayasamin and David Alfaro Siqueiros. He disagreed with these muralists in their belief that the revolution was necessary for the future of Mexico but considered, instead, that the revolution would harm Mexico. In his painting, Niños Jugando con Fuego (Children Playing with Fire), 1947, the artist shows two individuals being burnt by a fire they have created, a symbol of the Mexican people being injured by its own choice and action. He claimed, “We are in a dangerous situation, and the danger is that man may be absorbed and destroyed by what he has created“. Due to his opinion, he was characterized by some as a “traitor” to the political cause. Tamayo came to feel that he could not freely express his art and so decided in 1926 to leave Mexico and move to New York. Prior to his departure, Tamayo organized a one-man show of his work in Mexico City where he was noticed for his individuality. The artist returned to Mexico in 1929 to have another solo show, this time being met with high praise and media coverage.

Rufino Tamayo’s legacy in the history of art lies in his oeuvre of original graphic prints in which he cultivated every technique. Rufino Tamayo’s graphic work, produced between 1925 and 1991, includes woodcuts, lithographs, etchings and “Mixografia” prints. With the help of Mexican painter and engineer Luis Remba, Tamayo expanded the technical and aesthetic possibilities of the graphic arts by developing a new medium which they named Mixografia. This technique is a unique fine art printing process that allows for the production of prints with three-dimensional texture. It not only registered the texture and volume of Rufino Tamayo’s design but also granted the artist freedom to use any combination of solid materials in its creation. Rufino Tamayo was delighted with the process and created some 80 original Mixographs. One of their most famous pieces is titled Dos Personajes Atacados por Perros (Two Characters Attacked by Dogs).

In 1935, Tamayo joined the Liga de Escritores y Artistas Revolucionarios (LEAR). The LEAR was an organization in which Mexican artists could express through painting and writing their responses towards the revolutionary war and governmental policies then current in México. Although Tamayo did not agree with Siqueiros and Orozco, they were chosen along with four others to represent their art in the first American Artists’ Congress in New York. Now married, Rufino and his wife Olga had planned on staying in New York only for the duration of the event; however, they made New York their permanent home for the next decade and a half.

In 1948, Tamayo’s first major retrospective was held at the Palacio de Bellas Artes in Mexico City. Although his positions remained controversial, his popularity was high. Uncomfortable with the continuing political controversy, Tamayo and Olga moved to Paris in 1949 where they remained for the next decade.

Tamayo also enjoyed portraying women in his paintings. His early works included many nudes, a subject which eventually disappeared in his later career. However, he often painted his wife Olga, showing her struggles through color choices and facial expressions. The shared difficulties of painter and wife can be seen in the portrait Rufino and Olga, circa 1934, where the couple appears broken by life’s obstacles.
Tamayo also painted murals, some of which are displayed inside Palacio Nacional de Bellas Artes opera house in Mexico City, such as Nacimiento de la nacionalidad (Birth of the Nationality), 1952.

In 1959, Tamayo and his wife returned to Mexico permanently and Tamayo built an art museum in his home town of Oaxaca, the Museo Rufino Tamayo. In 1972, Tamayo was the subject of the documentary film, Rufino Tamayo: The Sources of his Art by Gary Conklin.

The Tamayo Contemporary Art Museum (Museo Tamayo de Arte Contemporáneo), located on Mexico City’s Paseo de la Reforma boulevard where it crosses Chapultepec Park, was opened in 1981 as a repository for the collections that Rufino Tamayo and his wife acquired during their lifetimes, and ultimately donated to the nation.

On June 12, 1991, Tamayo was admitted to Mexico City’s National Institute of Medical Sciences and Nutrition for respiratory and heart failure. He suffered a heart attack and died on June 24, 1991. Before Tamayo died, he continued creating art pieces in his late years. He was very productive at that stage in life. To show how grateful people were towards his art, there were several important exhibitions and publications that were organized after his death. 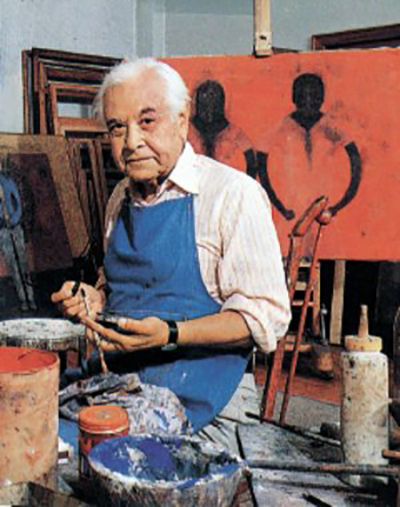 Tamayo’s 1970 painting Tres Personajes was bought by a Houston man as a gift for his wife in 1977, then stolen from their storage locker in 1987 during a move. In 2003, Elizabeth Gibson found the painting in the trash on a New York City curb. Although she knew little about modern art, Gibson felt the painting “had power” and took it without knowing its origin or market value. She spent four years trying to learn about the work, eventually learning from the PBS website that it had been featured on an episode of Antiques Roadshow. After seeing the Missing Masterpieces segment about Tres Personajes, Gibson and the former owner arranged to sell the painting at a Sotheby’s auction. In November, 2007 Gibson received a $15,000 reward plus a portion of the $1,049,000 auction sale price.