Richard Long RA CBE (born 2 June 1945) is an English sculptor and one of the best known British land artists. Long is the only artist to have been short-listed four times for the Turner Prize. He was nominated in 1984, 1987 and 1988, and then won the award in 1989 for White Water Line. 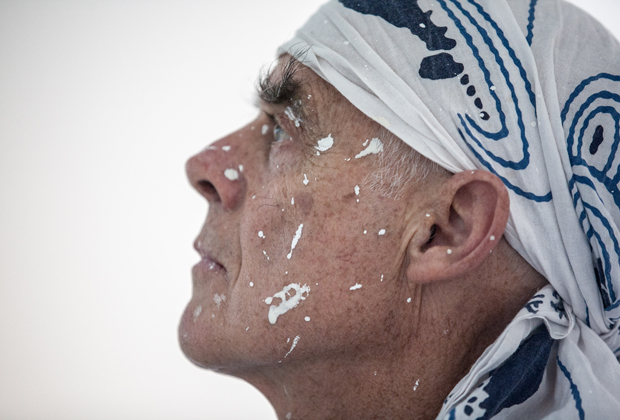 Long was born in Bristol, in south-west England. Between 1962 and 1965 he studied at the West of England College of Art, and then, from 1966 to 1968, at Saint Martin’s School of Art in London, where he studied under Anthony Caro and Phillip King and became closely associated with fellow student Hamish Fulton.

Several of his works were based around walks that he has made, and as well as land based natural sculpture, he uses the mediums of photography, text and maps of the landscape he has walked over.

In his work, often cited as a response to the environments he walked in, the landscape would be deliberately changed in some way, as in A Line Made by Walking (1967), and sometimes sculptures were made in the landscape from rocks or similar found materials and then photographed. Other pieces consist of photographs or maps of unaltered landscapes accompanied by texts detailing the location and time of the walk it indicates.

His piece Delabole Slate Circle, acquired from the Tate Modern in 1997, is a central piece in the Bristol City Museum and Art Gallery.

Permanent installations include Riverlines (2006) at the Hearst Tower (at about 35 x 50 feet (11 x 15 meters) this was at the time the biggest wall work he had ever made); Planet Circle (1991) at the Museum De Pont in Tilburg, Netherlands; and White Water Falls (2012) in the Garvan Institute in Sydney, Australia.

At Houghton Hall in Norfolk in 2004, the Marquess of Cholmondeley commissioned a sculpture to the east of the house. Long’s land art there consists of a circle of Cornish slate at the end of a path mown through the grass, entitled “Full Moon Circle.”

In 2009, a retrospective of Long’s work entitled “Heaven and Earth,” appeared at the Tate Britain. 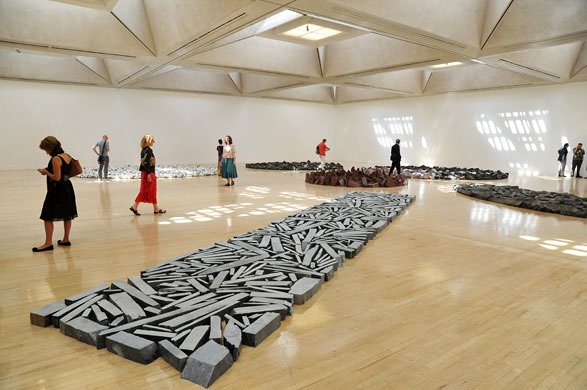 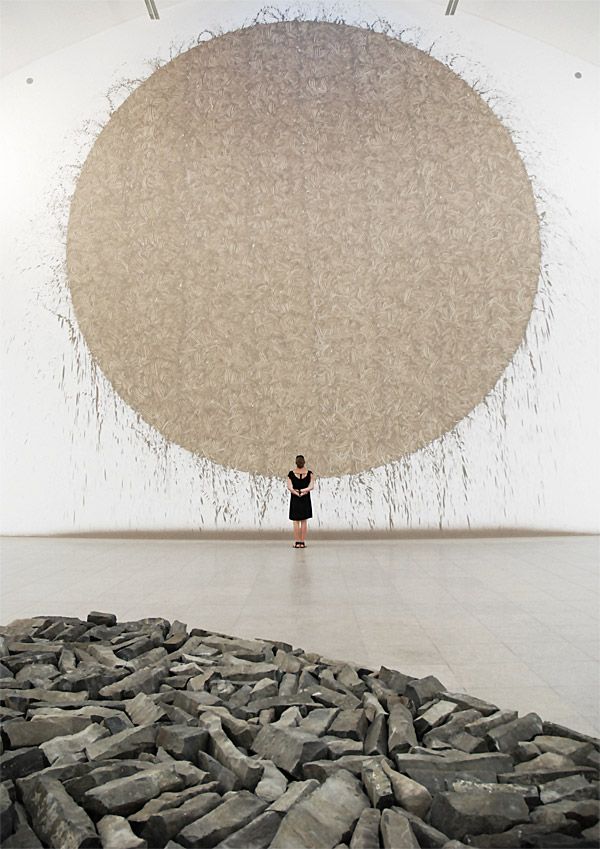 Long currently lives and works in his hometown of Bristol. 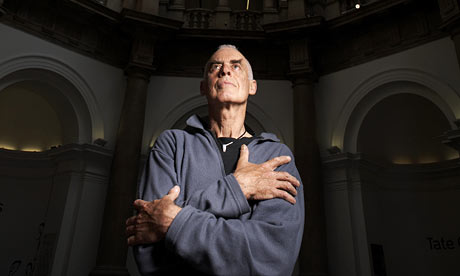