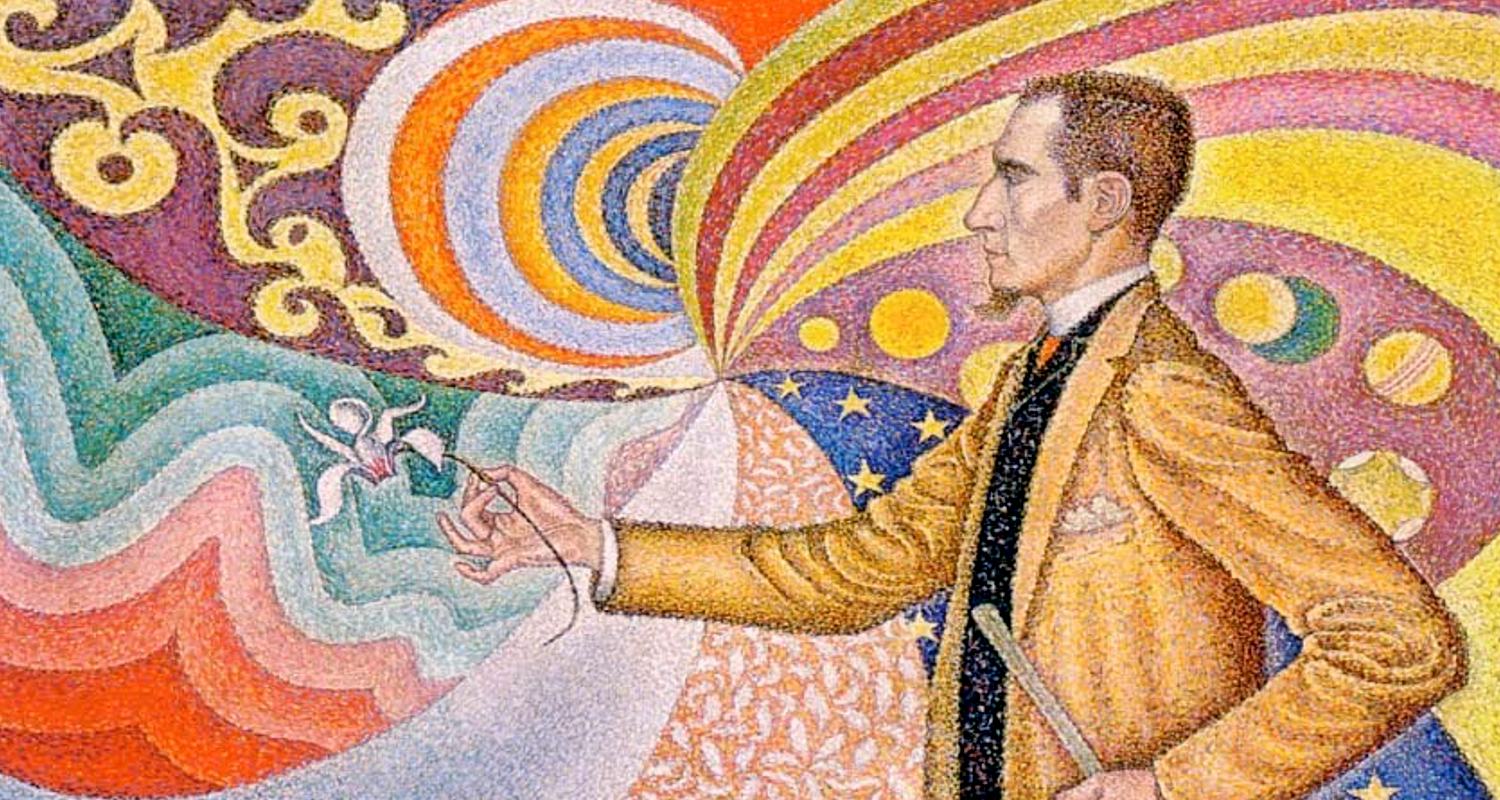 Paul Signac (1863-1935) was born in Paris, and he followed a course of training in architecture before deciding at the age of 18 to pursue a career as a painter. He sailed around the coasts of Europe, painting the landscapes he encountered. He also painted scenes of cities in France in his later years.

In 1884 he met Claude Monet and Georges Seurat. He was struck by the systematic working methods of Seurat and by his theory of colors and became Seurat’s faithful supporter. Under his influence he abandoned the short brushstrokes of impressionism to experiment with scientifically juxtaposed small dots of pure color, intended to combine and blend not on the canvas but in the viewer’s eye, the defining feature of pointillism. 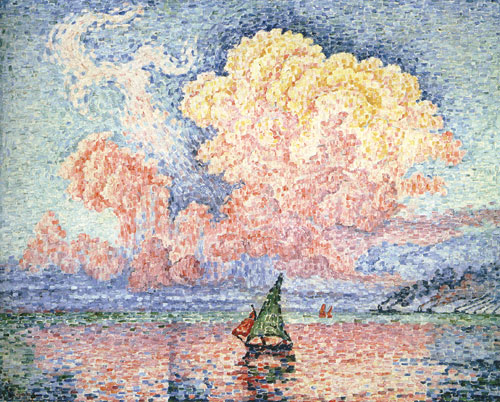 Many of Signac’s paintings are of the French coast. He left the capital each summer, to stay in the south of France in the village of Collioure or at St. Tropez, where he bought a house and invited his friends. In March 1889, he visited Vincent van Gogh at Arles. The next year he made a short trip to Italy, seeing Genoa, Florence, and Naples. 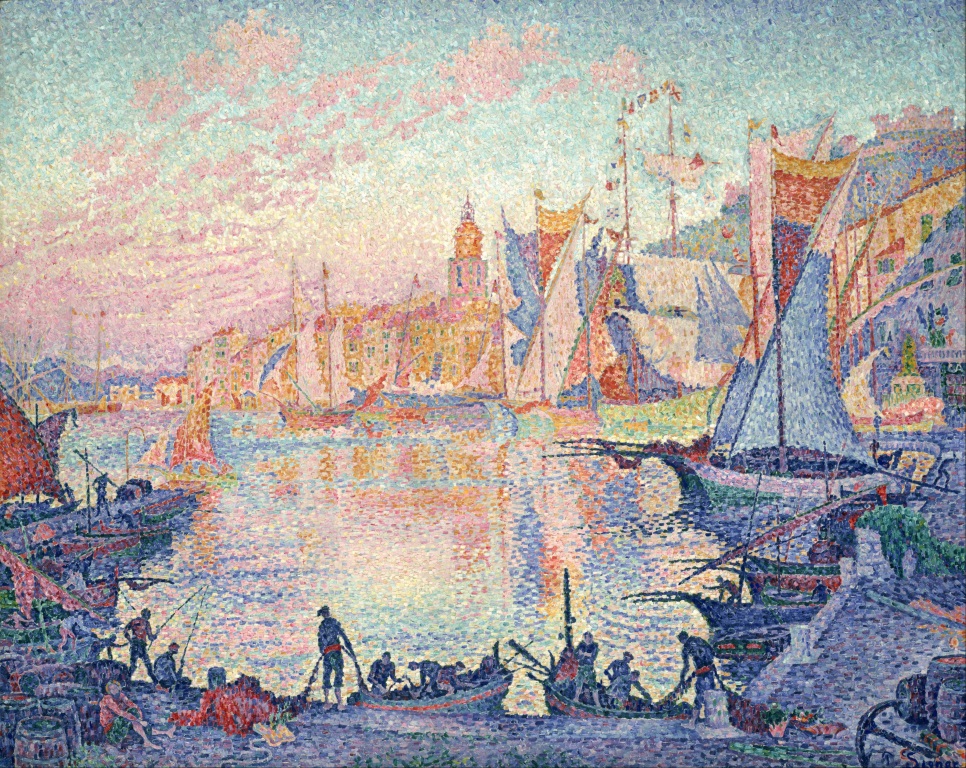 Signac loved sailing and began to travel in 1892, sailing a small boat to almost all the ports of France, to Holland, and around the Mediterranean as far as Constantinople, basing his boat at St. Tropez, which he “discovered”. From his various ports of call, Signac brought back vibrant, colorful watercolors, sketched rapidly from nature. From these sketches, he painted large studio canvases that are carefully worked out in small, mosaic-like squares of color, quite different from the tiny, variegated dots previously used by Seurat. 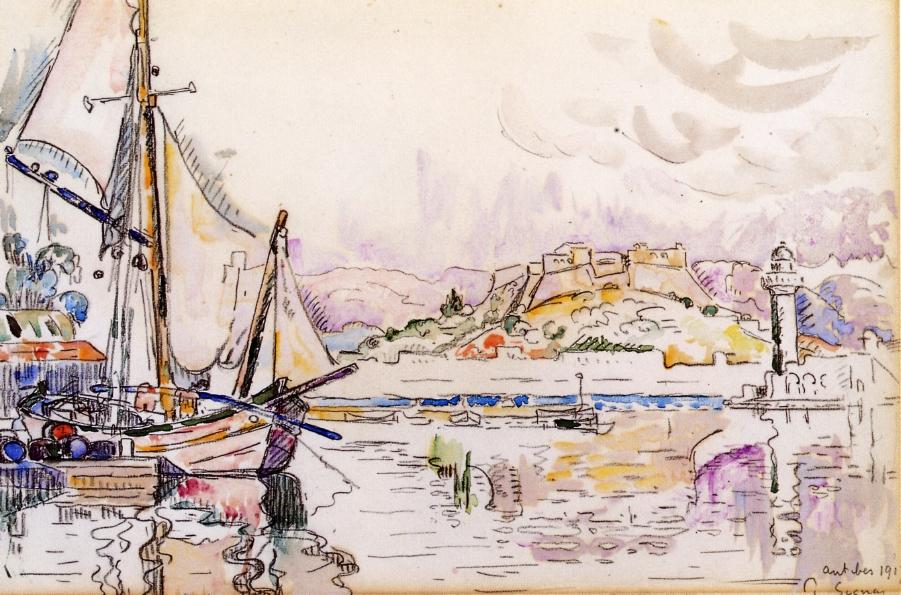 Signac himself experimented with various media. As well as oil paintings and watercolors he made etchings, lithographs, and many pen-and-ink sketches composed of small, laborious dots. The neo-impressionists influenced the next generation: Signac inspired Henri Matisse and Andre Derain in particular, thus playing a decisive role in the evolution of Fauvism. 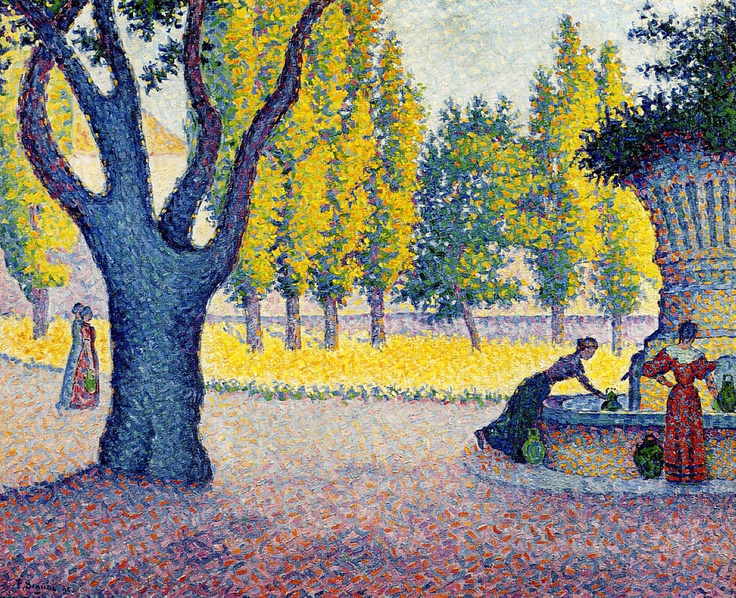 As president of the Societe des Artistes Independants from 1908 until his death, Signac encouraged younger artists (he was the first to buy a painting by Matisse) by exhibiting the controversial works of the Fauves and the Cubists.

On November 7, 1892 Signac married Berthe Robles at the town hall of the 18th district in Paris; witnesses at the wedding were Alexandre Lemonier, Maximilien Luce, Camille Pissarro and Georges Lecomte. In November 1897, the Signacs moved to a new apartment in the Castel Beranger, built by Hector Guimard, and a little later, in December of the same year, acquired a house in Saint-Tropez called La Hune; there the painter had a vast studio constructed, which he inaugurated on August 16, 1898. 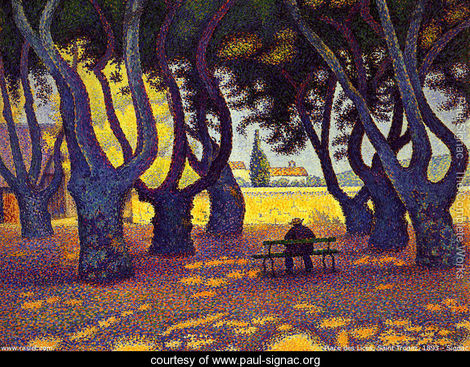 In September 1913, Signac rented a house at Antibes, where he settled with Jeanne Selmersheim-Desgrange, who gave birth to their daughter Ginette on October 2, 1913. In the meantime Signac had left La Hune as well as the Castel Beranger apartment to Berthe: they remained friends for the rest of his life. On April 6, 1927, Signac adopted Ginette, his previously illegitimate daughter.

At the age of seventy-two, Paul Signac died on August 15, 1935 in Paris from septicemia. His body was cremated and, three days later, August 18, buried at the Pere Lachaise Cemetery. 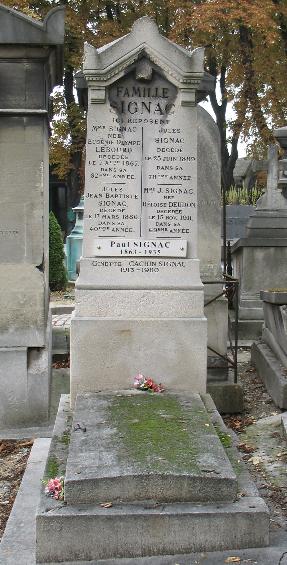