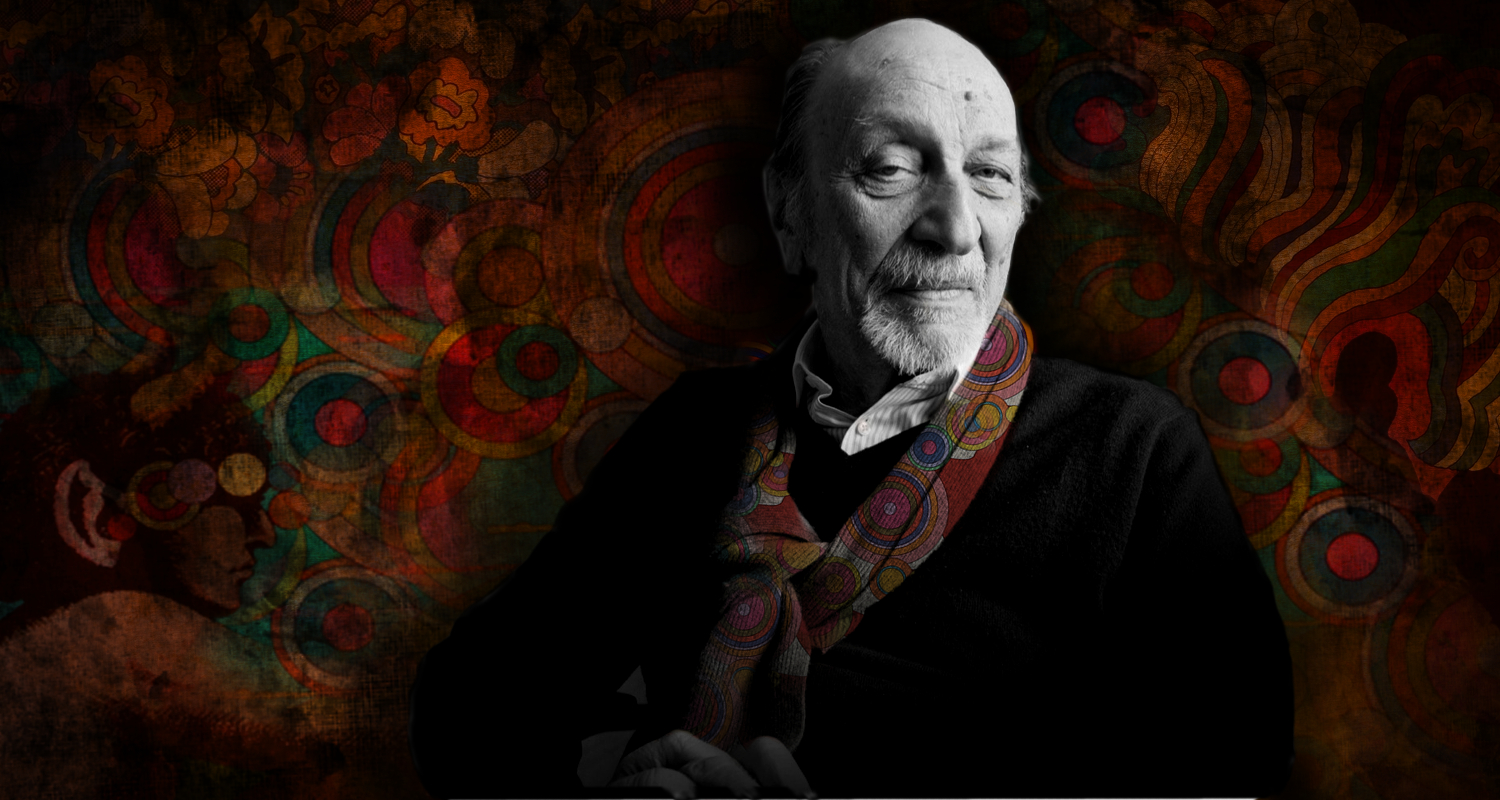 Milton Glaser (born June 26, 1929) is an American graphic designer. His designs include the I ♥ NY logo, the psychedelic Bob Dylan poster, the DC bullet logo used by DC Comics from 1977 to 2005, and the Brooklyn Brewery logo. He also founded New York Magazine with Clay Felker in 1968. 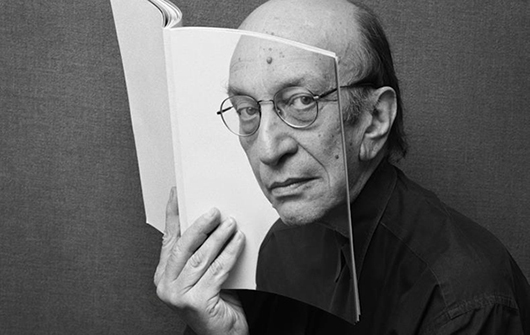 Glaser was born in New York City to Hungarian Jewish immigrants. He attended The High School of Music & Art, and graduated from Cooper Union Art School. He also attended, via a Fulbright Scholarship, the Academy of Fine Arts in Bologna, Italy. Ιn 1954 he co-founded the revolutionary Push Pin Studios, along with fellow Cooper grads Edward Sorel, Seymour Chwast, and Reynold Ruffins. Glaser and Chwast directed Push Pin for twenty years, while it became a guiding reference in the world of graphic design.

In 1974, he established Milton Glaser, Inc. The work produced at this Manhattan studio encompasses a wide range of design disciplines. In the area of print graphics, the studio produces identity programs for corporate and institutional marketing purposes — including logos, stationery, brochures, signage, and annual reports. In the field of environmental and interior design, the firm has conceptualized and site-supervised the fabrication of numerous products, exhibitions, interiors and exteriors of restaurants, shopping malls, supermarkets, hotels, and other retail and commercial environments. Glaser is also personally responsible for the design and illustration of more than 300 posters for clients in the areas of publishing, music, theater, film, institutional and civic enterprise, as well as those for commercial products and services.

It was through Milton Glaser, Inc., that he introduced to the world his commissioned design for the City of New York in 1976, a design that has been called “‘the most frequently imitated logo design in human history.”

In 1983 he teamed with Walter Bernard to form the publication design firm WBMG, which since its inception, has designed more than 50 magazines, newspapers and periodicals around the world. WBMG has been responsible for the complete redesigns of three major world newspapers: The Washington Post in the U.S., La Vanguardia in Barcelona, and O Globo in Rio de Janeiro.

In addition to commercial enterprises, Glaser’s work has been exhibited world-wide. He was the subject of a one-man show at the Museum of Modern Art, New York in and the Centre Georges Pompidou, Paris, as well in New York at the Lincoln Center Gallery, and Houghton Gallery at The Cooper Union, just to name a very few. 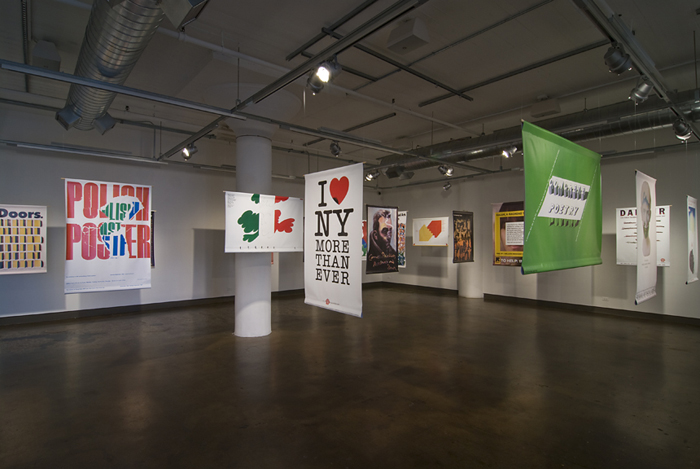 Over the years Glaser’s affiliation with Italy has led to  numerous exhibitions in that country. One was a one-man show of posters at the Vicenza Museum, and another, “Giorgio Morandi/Milton Glaser,” at the Galleria Communale d’Arte Moderna in Bologna. In 1991, he was commissioned by the Italian government to create an exhibition in tribute to the Italian artist, Piero della Francesca, for part of the celebrations on the occasion of the 500th anniversary of the early Renaissance painter’s birth. This show opened in Arezzo, Italy and one year later (under the sponsorship of Campari) moved to Milan.

In 1992, an exhibition of drawings titled “The Imaginary Life of Claude Monet” opened at Nuages Gallery, Italy, and in 1995, an adapted version of this show was exhibited in Japan’s Creation Gallery. In 1997, the Suntory Museum in Japan, mounted a major retrospective of The Pushpin Studios, featuring past and present works by Milton Glaser and other Pushpin artists. A major retrospective of his work opened in February, 2000 at Fondazione Bevilacqua La Masa in Venice.

From the start of his career, Milton Glaser has been an active member of both the design and education communities. He has been an instructor and a Board Member at the School of Visual Arts, New York since 1961, and is on the Board of Directors at The Cooper Union, New York. He has been affiliated with The International Design Conference in Aspen since 1972 (president 1990-91), and the American Institute of Graphic Arts, where he was vice-president and co-chair of the 1989 National Convention.

Among numerous professional awards, he is the recipient of The Society of Illustrator’s Gold Medal, the St. Gauden’s Medal from The Cooper Union, and the Prix Savignac for the “World’s Most Memorable Poster” of 1996. He is also a member of The Art Director’s Club Hall of Fame and the American Institute of Graphic Arts (AIGA). He holds honorary doctorates from The Minneapolis Institute of Arts; Moore College; Philadelphia Museum School; The School of Visual Arts; Queens College, CUNY; the New York University at Buffalo, and London’s Royal College of Art. He is an elected member of the Pinocateca in Bologna, Italy, and in 1992 received the Honors Awards from the American Institute of Architects (AIA). He received the 2004 Lifetime Achievement Award from Cooper-Hewitt National Design Museum, for his profound and meaningful long-term contribution to the contemporary practice of design. 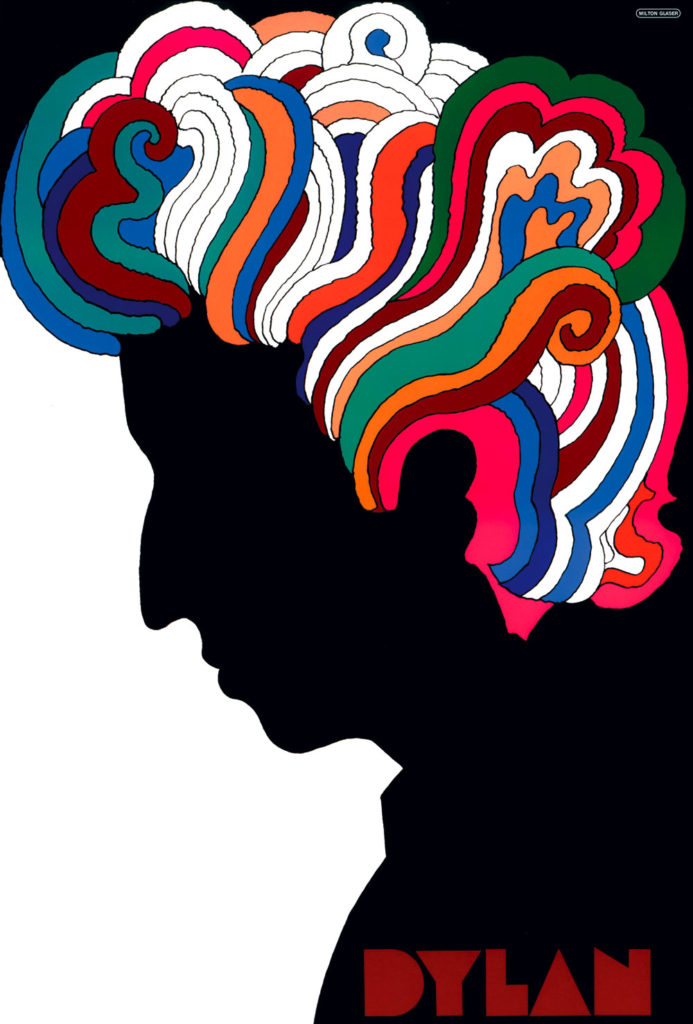 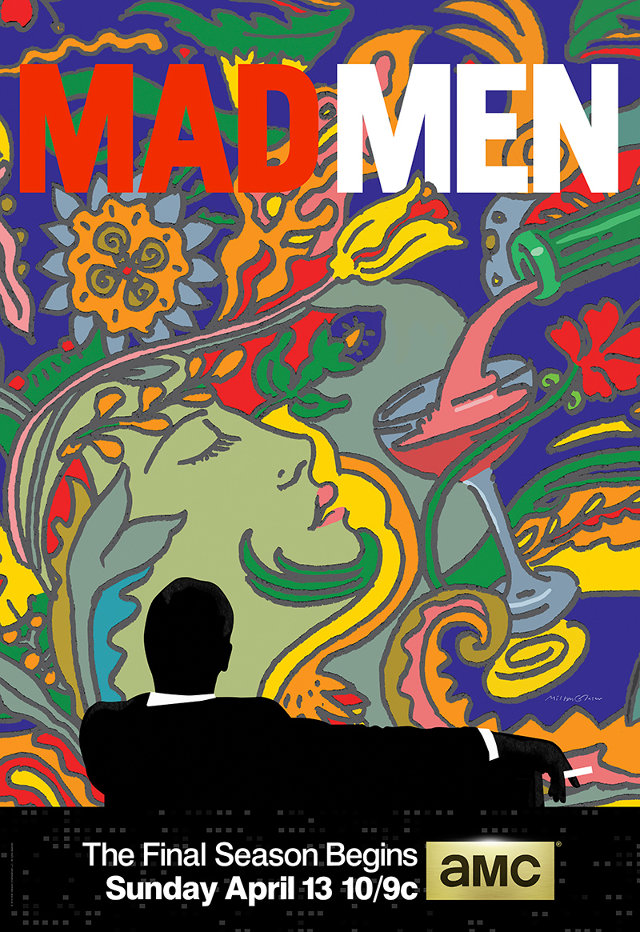 Glaser is the subject of the 2009 documentary film To Inform and Delight: The World of Milton Glaser. Also that same year, he was awarded the National Medal of Arts by President Barack Obama.

At 86, Glaser still comes in to work at his Manhattan studio each morning, takes a pencil from a basket on his desk, and begins to draw. Recently, when the AIGA (a professional design organization), solicited ideas from him for a “2016 get-out-the-vote poster,” he didn’t hesitate. He’s dabbled in this arena before, sketching a poster with the motto “To Vote Is Human” in 2010. This time, he echoes René Descartes (“I think, therefore I am”) and challenges voters to prove they’re among the living.