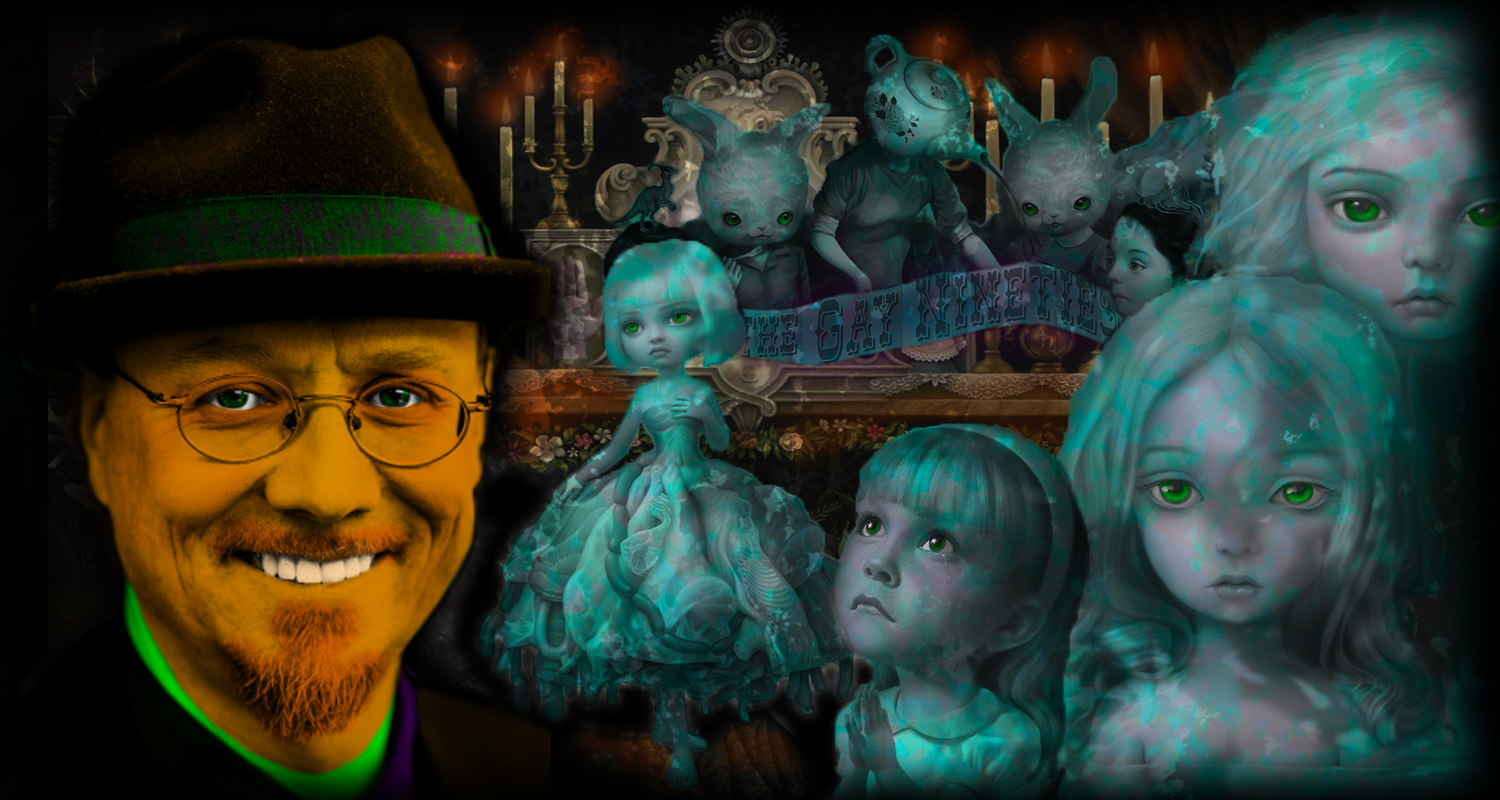 Mark Ryden (born January 20, 1963) is an American painter, part of the Lowbrow (or Pop Surrealist) art movement. He was dubbed “the god-father of pop surrealism” by Interview Magazine. Artnet named Ryden and his wife, the painter Marion Peck, the King and Queen of Pop Surrealism and one of the ten most important art couples in Los Angeles. Ryden’s aesthetic is developed from subtle amalgams of many sources, from Ingres, David and other French classicists to Little Golden Books. Ryden also draws his inspiration from anything that will evoke mystery: old toys, anatomical models, stuffed animals, skeletons and religious ephemera found in flea markets. 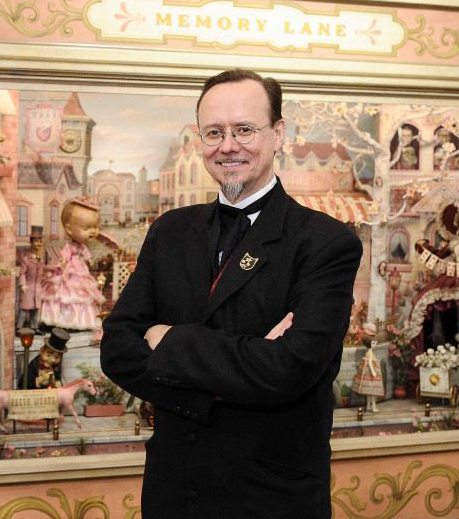 Ryden was born in Medford, Oregon on January 20, 1963, but was raised in Southern California, where his father made a living painting, restoring and customizing cars. He has two sisters and two brothers, one a fellow artist named Keyth Ryden, who works under the name KRK. Mark Ryden graduated from the Art Center College of Design in Pasadena in 1987.

From 1988 to 1998 Ryden made his living as a commercial artist. During this period he created numerous album covers including Michael Jackson’s Dangerous, the 4 Non Blondes’ Bigger, Better, Faster, More!, the Red Hot Chili Peppers’ One Hot Minute, Jack Off Jill’s Clear Hearts Grey Flowers, and Aerosmith’s Love in an Elevator.

Also during this time, Ryden created book covers including Stephen King’s novels Desperation and The Regulators.

He continued working as a commercial artist until his work was taken up by Robert Williams, a former member of the Zap Comix collective, who in 1994 put it on the cover of Juxtapoz, a magazine devoted to “lowbrow art”.

Ryden’s solo debut show entitled The Meat Show was in Pasadena, California in 1998. Meat is a reoccurring theme in his work. He observes the disconnect in our contemporary culture between meat we use for food and the living, breathing creature it comes from. “I suppose it is this contradiction that brings me to return to meat in my art.” According to Ryden, meat is the physical substance that makes all of us alive and through which we exist in this reality. All of us are wearing our bodies, which are like a garment of meat.

A midcareer retrospective, Wondertoonel, which refers to a cabinet of curiosities or “Wunderkammer” (“wonder-room”), was co-organized in 2004 by the Frye Museum in Seattle and the Pasadena Museum of California Art. It was the best attended exhibition since the Frye Art Museum opened in 1952, and also broke attendance records in Pasadena. Debra Byrne, curator at the Frye at the time of Ryden’s exhibition, placed Ryden’s work in the camp of the carnivalesque—a strain of visual culture rooted in such works as Hieronymous Bosch’s Garden of Earthly Delights. According to the Russian author and literary critic Mikhail Bakhtin (1895–1975), there are three forms of carnivalesque art — the ritualized spectacle, the comic composition and various genres of billingsgate (foul language) — all three of which are interwoven in Ryden’s work. 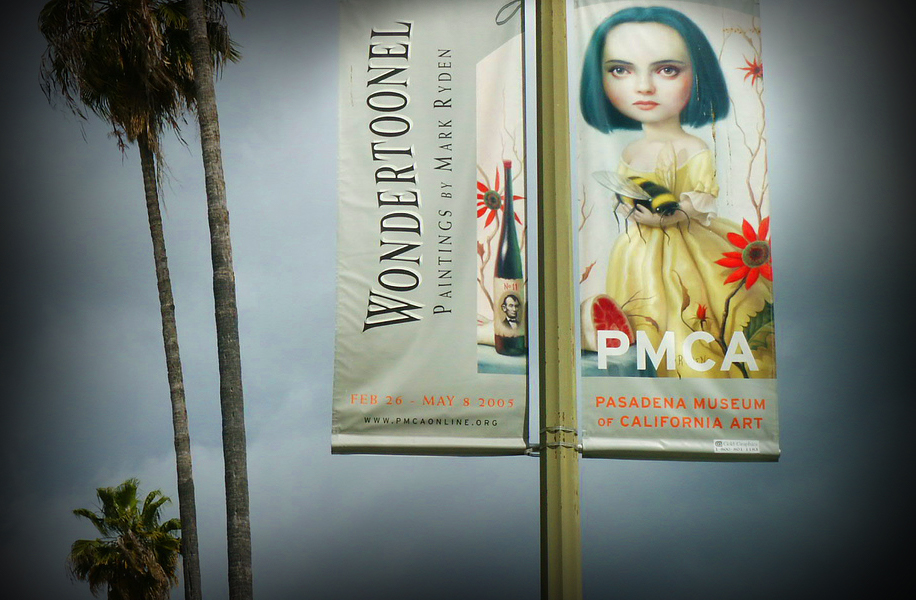 In 2007, The Tree Show opened at the Michael Kohn Gallery, Los Angeles. In this exhibition Ryden explores the modern human experience of nature. Ryden explains, “Some people look at these massive trees and feel a sort of spiritual awe looking at them, and then other people just want to cut them up and sell them, they only see a commodity”. Ryden has created limited editions of his art to raise money for the Sierra Club and Nature Conservancy. 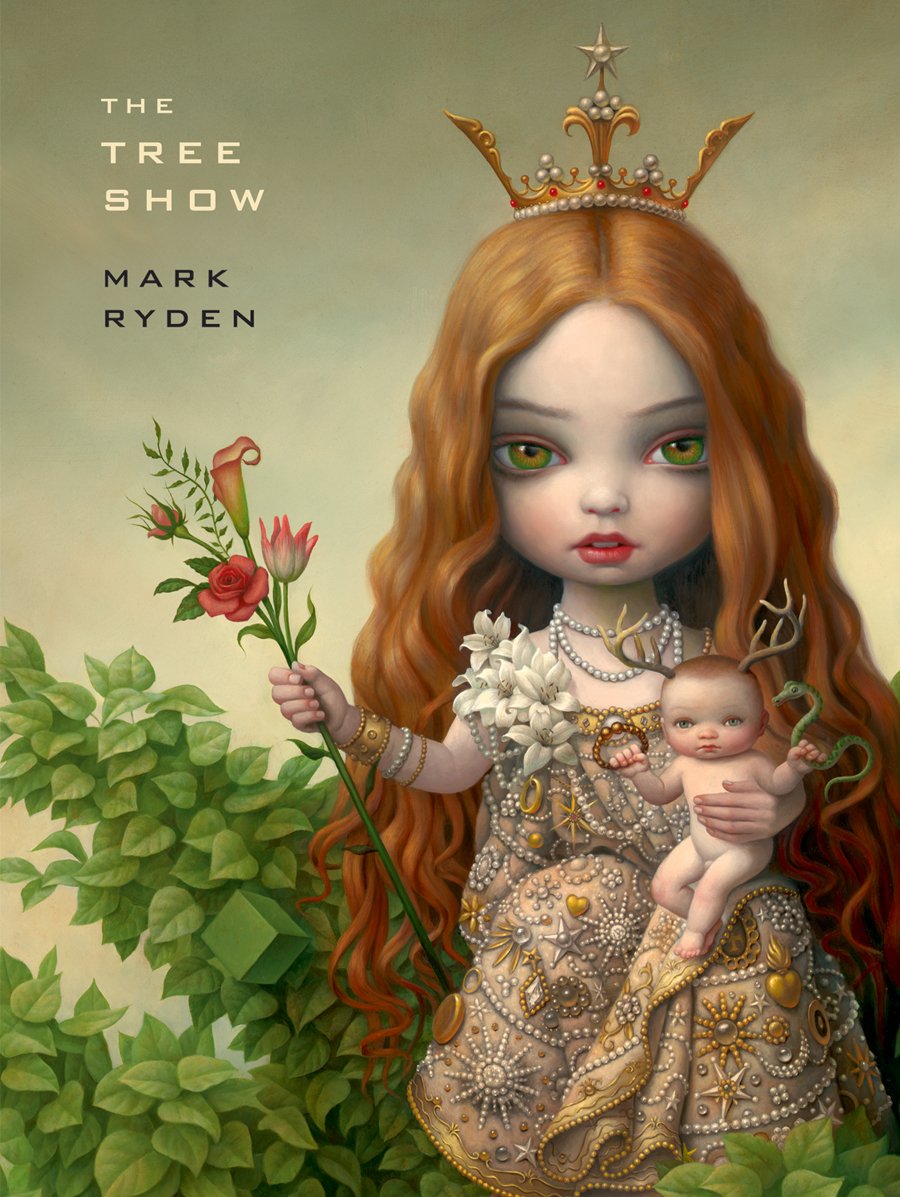 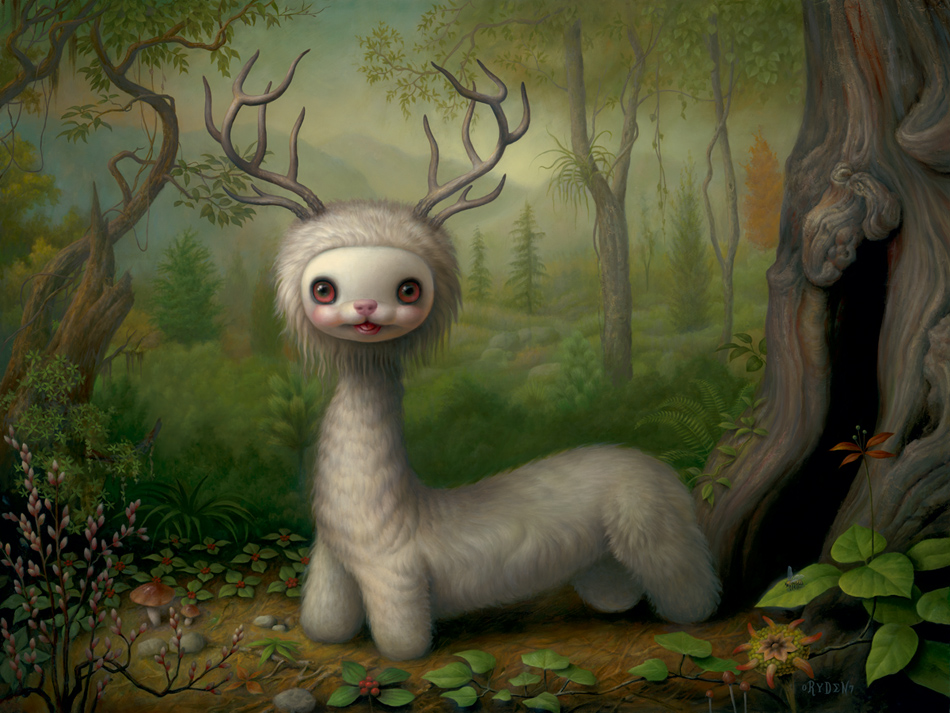 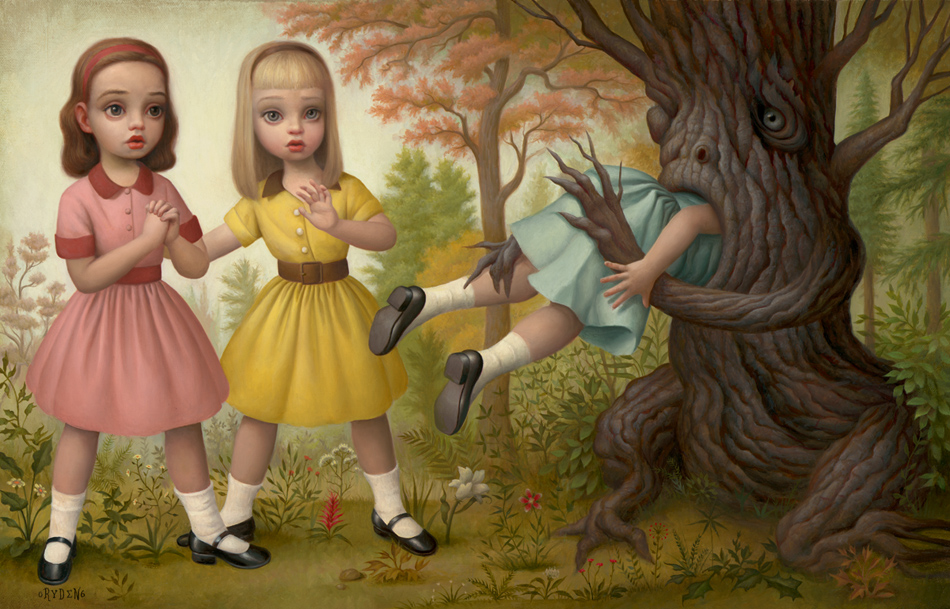 In 2009, Ryden’s exhibition The Snow Yak Show was shown at the Tomio Koyama Gallery in Tokyo. In this exhibition his compositions were more serene and suggestive of solitude, peacefulness and introspection. 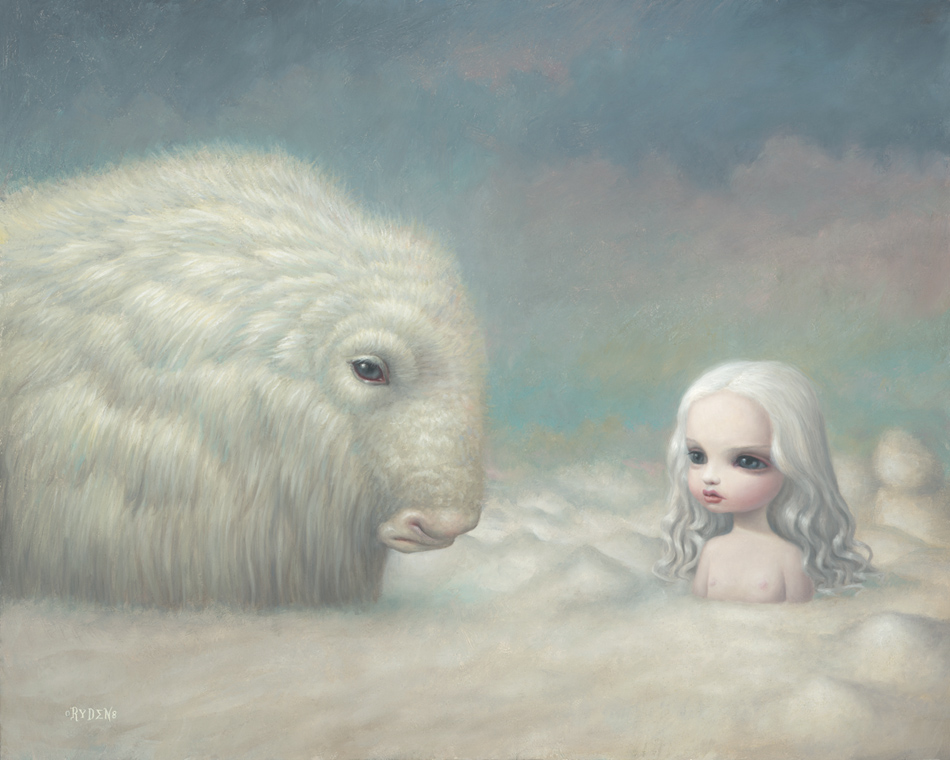 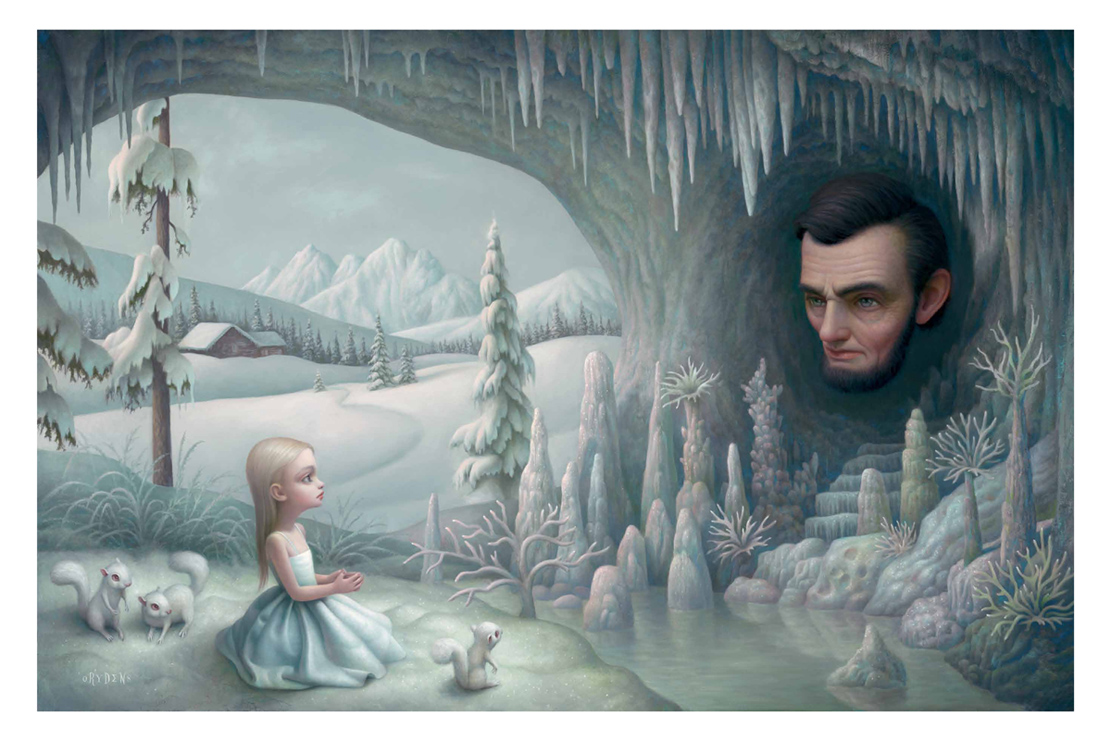 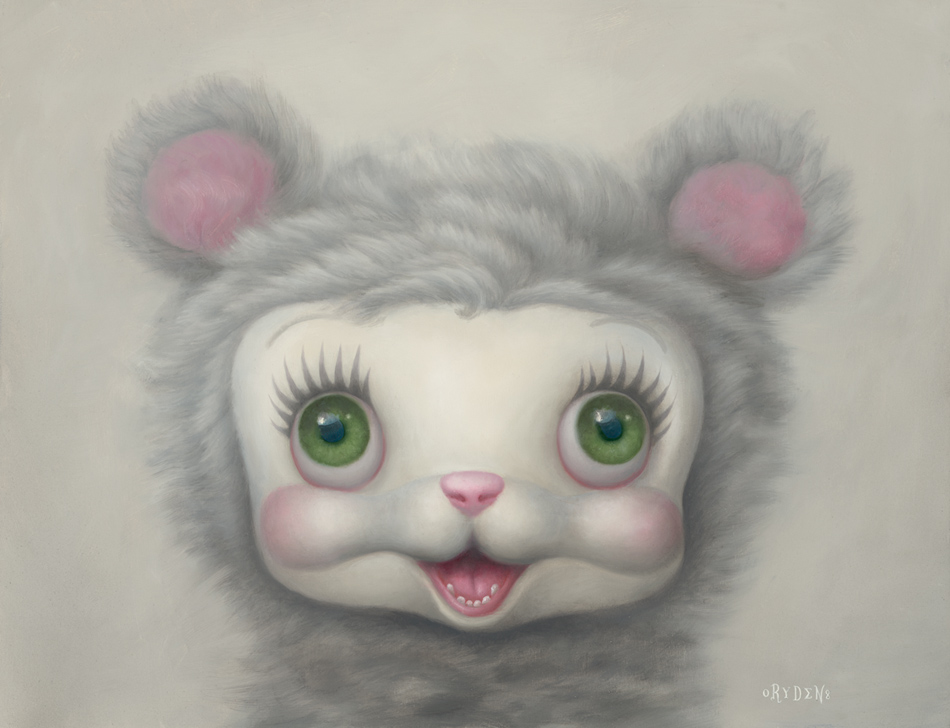 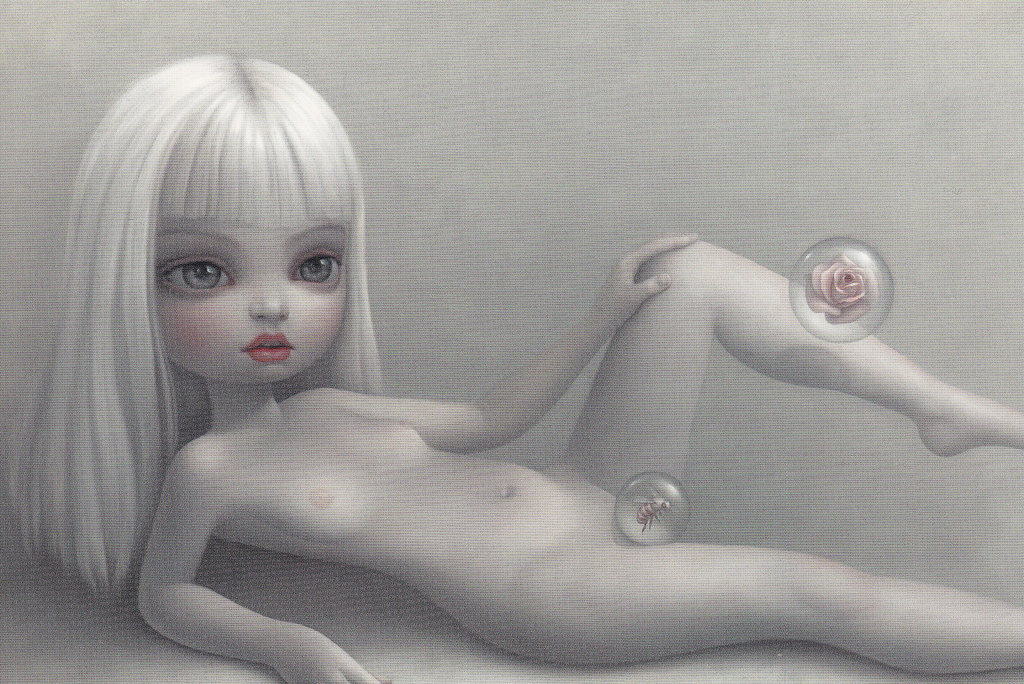 In 2010, The Gay 90’s: Old Tyme Art Show debuted at Paul Kasmin Gallery in New York. The central theme of the show referenced the idealism and sentimentalism of the 1890s while addressing the role of kitsch and nostalgia in our current culture. Here Ryden explores the line between attraction and repulsion to kitsch. According to The New York Times, “Ryden’s pictures hint at the psychic stuff that pullulates beneath the sentimental, nostalgic and naïve surface of modern kitsch.” 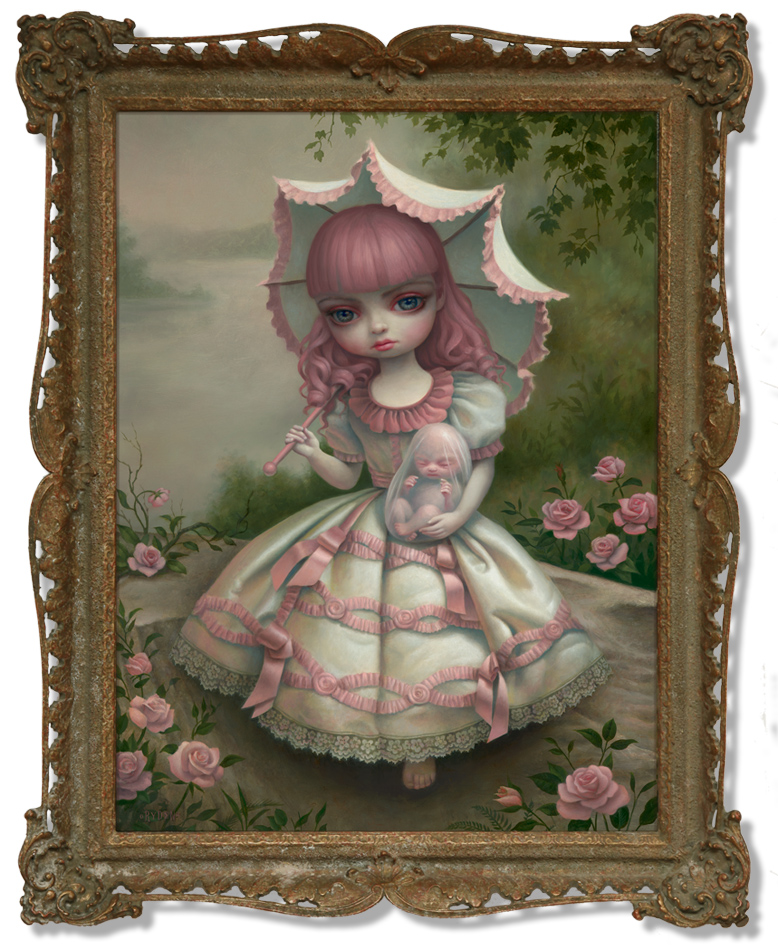 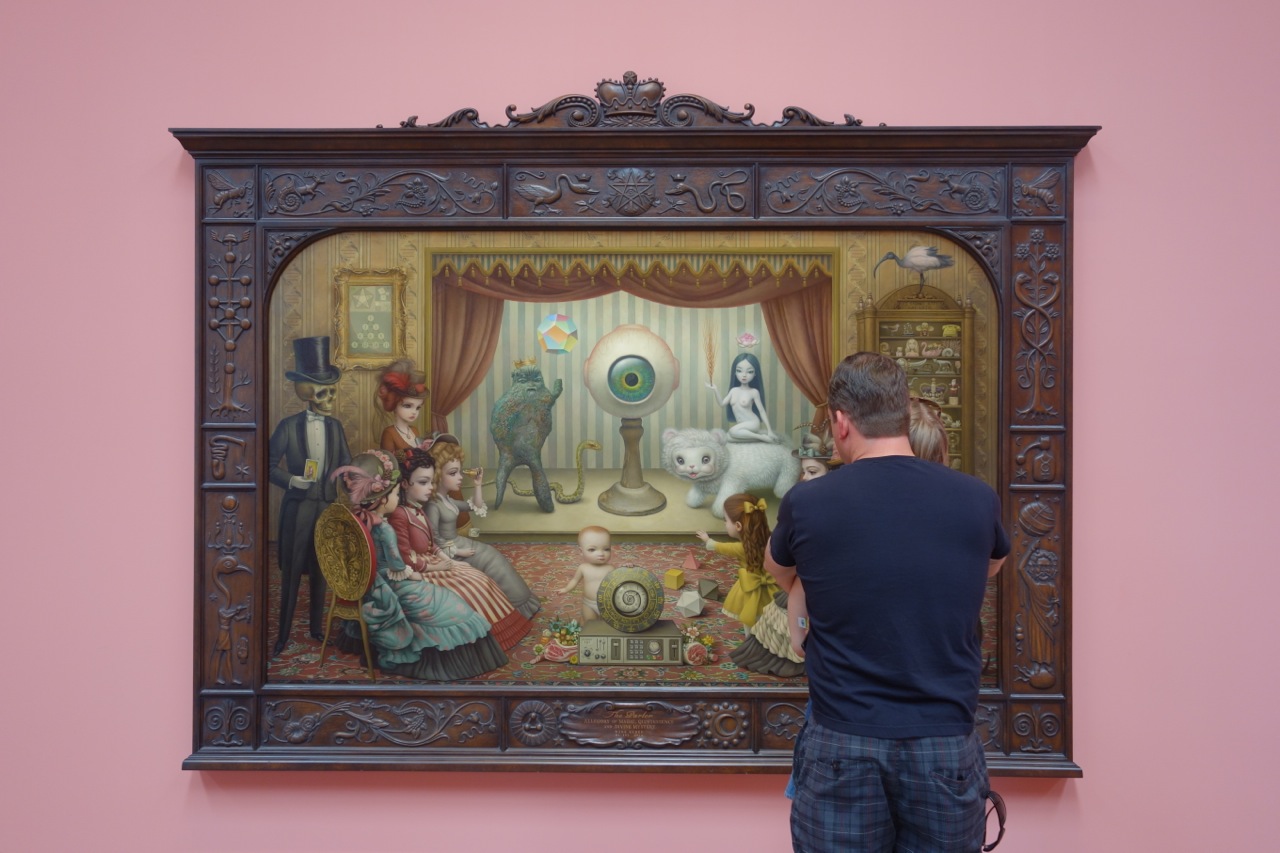 Also in 2010, Ryden and Peck collaborated on a fantastical project entitled Sweet Wishes, a short, stop-motion animated film, and is in this author’s opinion, one of the most wonderful things ever created.

Sweet Wishes tells the tale of Dolly, Baby and Bear and what happens when they are granted a wish from a magical fairy. That same year, the pair released the story in a book of photographs in a children’s picture-book format, in a style very much in keeping with that of both artists. 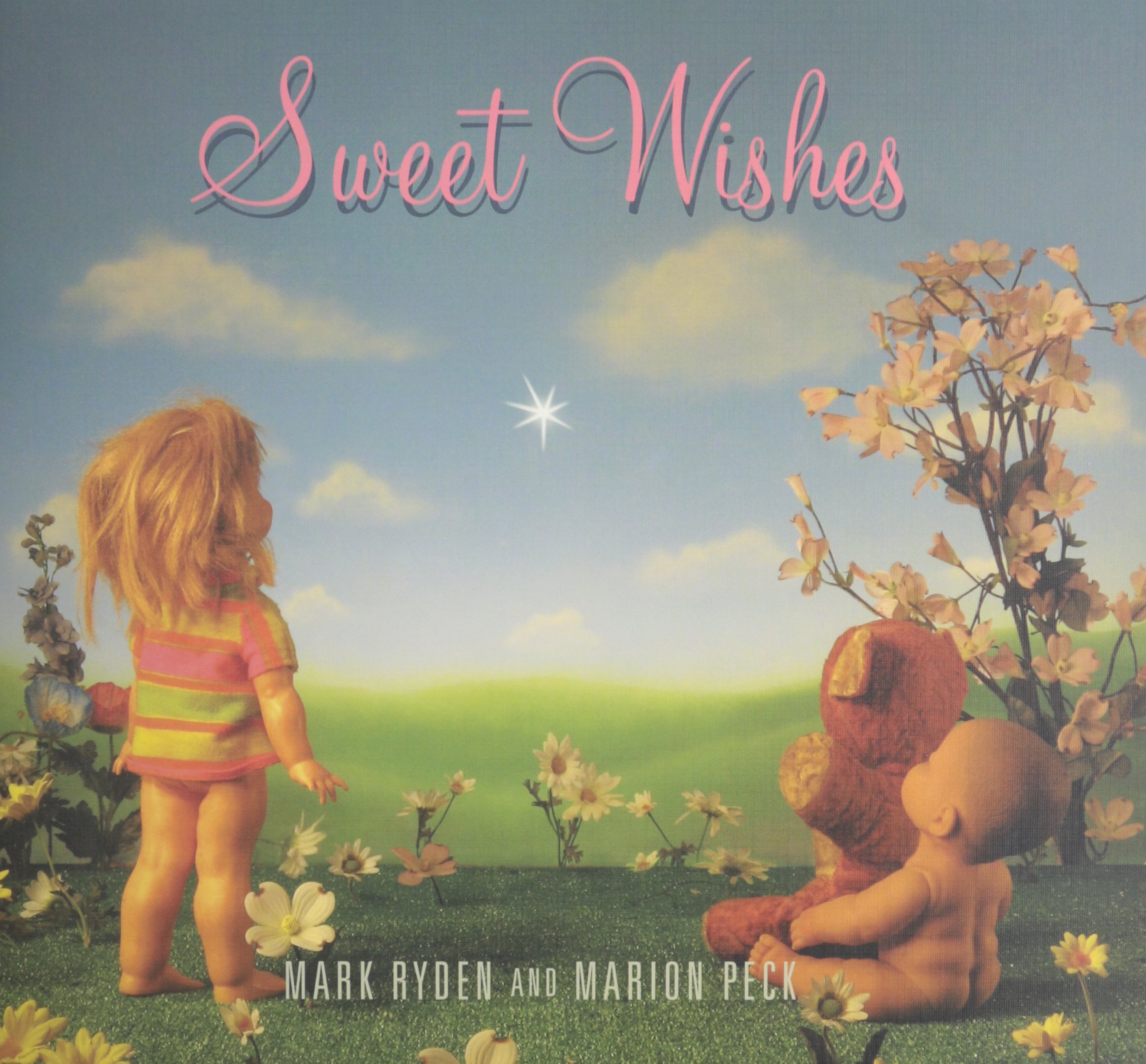 From December 10th, 2016, through January 14, 2017, the Dorothy Circus Gallery in Rome, Italy, hosted the exhibition Mysterium Coniunctionis, a collaborative exhibition presenting very rare and limited edition prints from Ryden and his wife, Marion Peck. “Mysterium Coniunctionis” consisted of more than 20 artworks, mainly artist proofs, a collection that showcases Peck and Ryden’s peculiar and intriguing combinations. Their inviting compositions are executed with extremely complex, detailed artwork, that make visible a vision of society in which menace and comfort are inseparably interwoven.