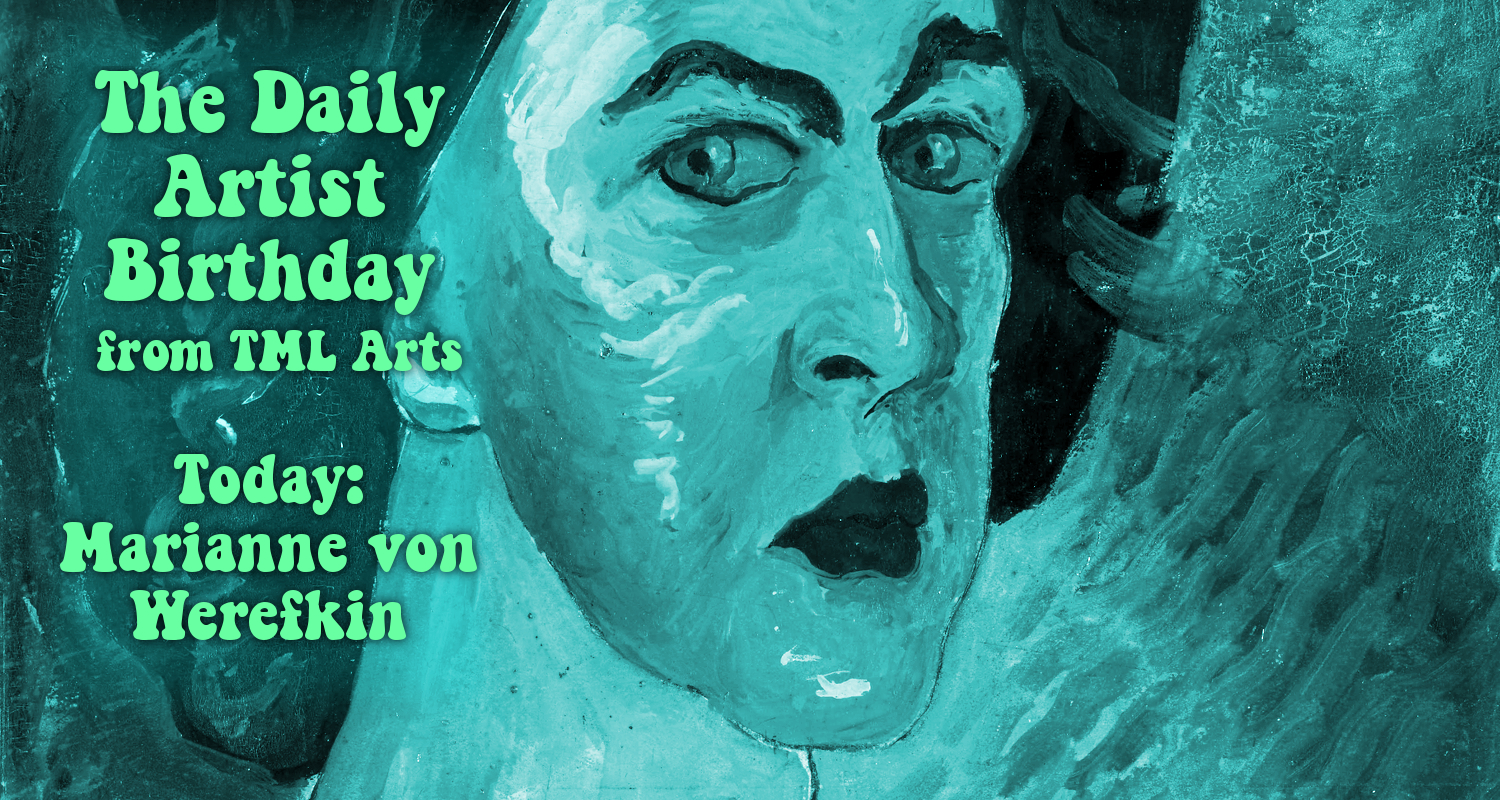 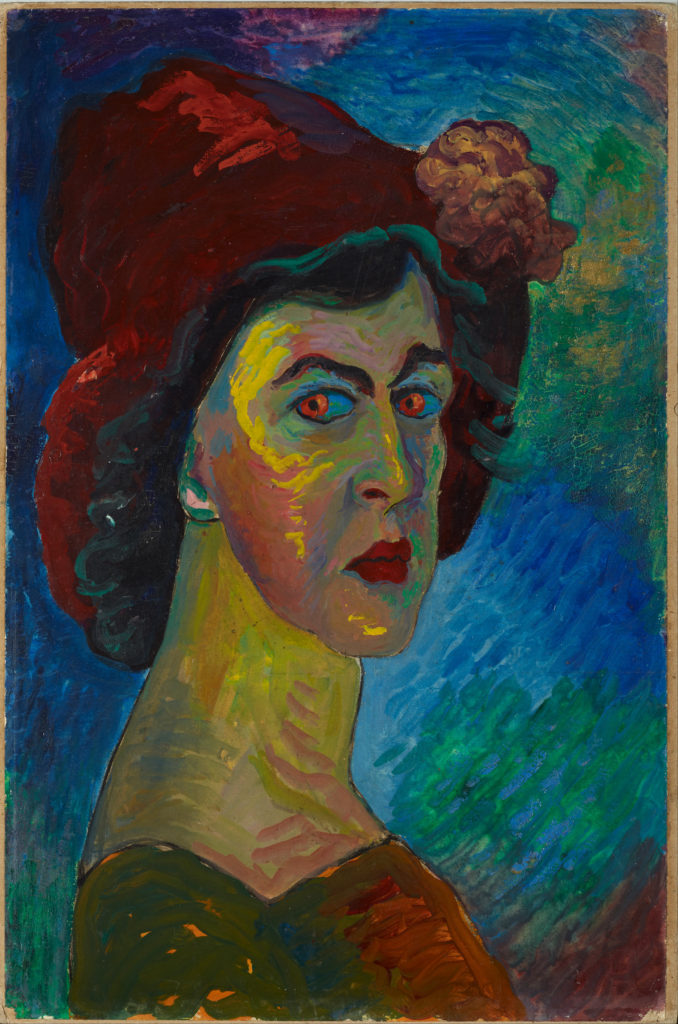 Werefkin was born in the Russian town of Tula, and she had her first private academic drawing lessons at the age of fourteen. Years later she initiated a Salon in Munich which soon became a center of lively artistic exchange. She also founded the “Lukasbruderschaft” of which also Kandinsky was a member. 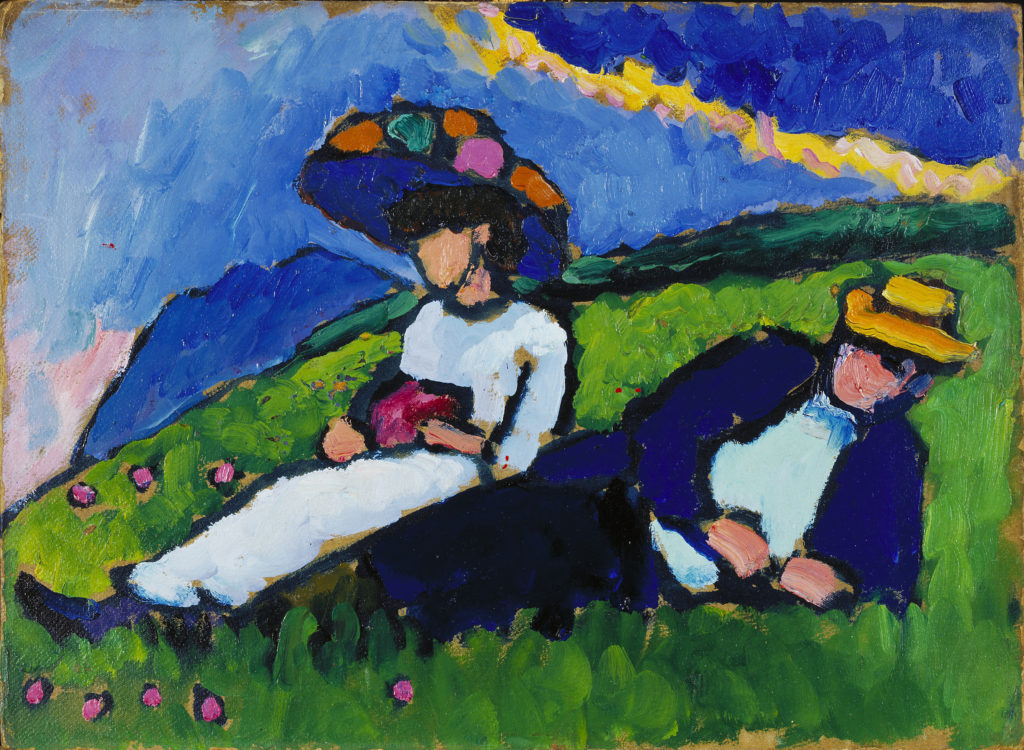 In 1907 she created her first expressionist works. She was one of the founders of a new artist-group in 1909, the Neue Künstlervereinigung München (New Association of Artists in Munich, NKVM). At the outbreak of the First World War, she immigrated to Switzerland, near Geneva, and later moved to Zurich. She finally moved to Ascona, on Lago Maggiore where she painted many colorful, landscapes in an expressionist style. In 1924 she founded the artist group “Großer Bär” (i.e., Big Bear, Ursa Major).
She died on 6 February 1938, and was buried in the Russian graveyard in Ascona. 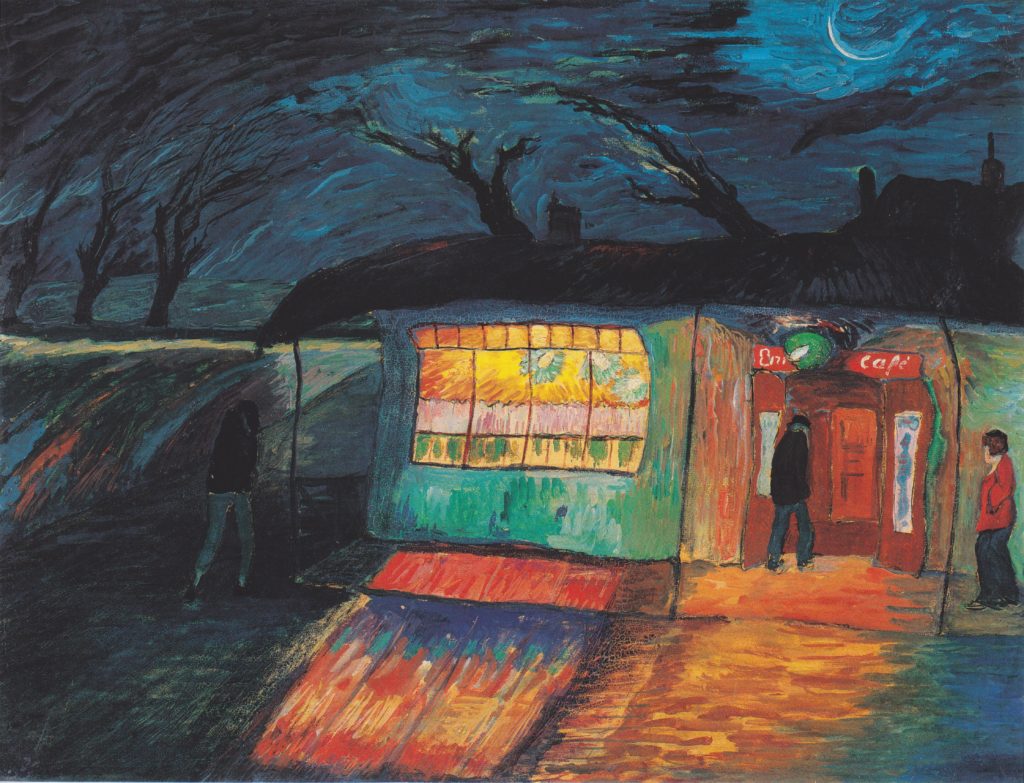 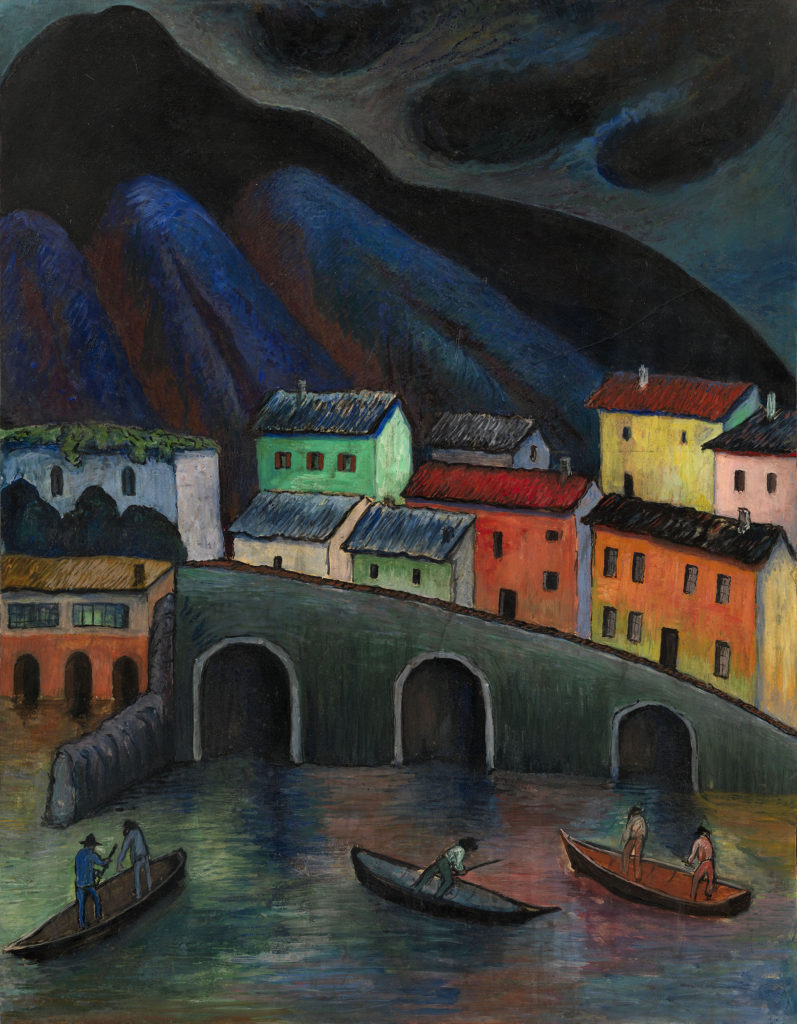 Edited from the full article: https://en.wikipedia.org/wiki/Marianne_von_Werefkin