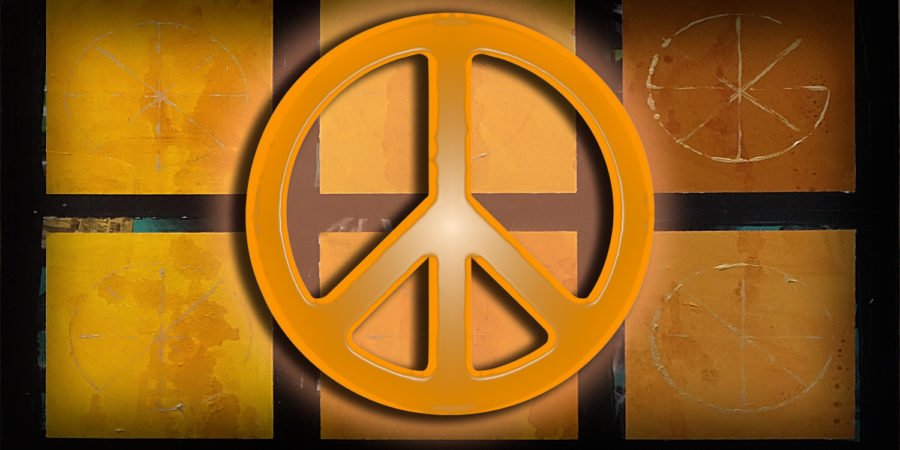 As a fan of all things rainbow and unicorns, I appreciate a colorful approach to living. Purple, for example, holds a special place in my heart, and on my head. Red was my very first favorite color when I was three years old, and there are a lot of nostalgic feelings I have regarding that shade. Blue gives me a very relaxed and open space vibe, and green seems to improve my mood whenever it enters my eyes. But yellow…ah, yellow. We have had a tumultuous relationship over the years, a relationship that came to the forefront last year in rather delightful way.

From the time I was born, I have always been of a rather nocturnal nature. My mother would often lament what a strange baby I was, sleeping all day and then just as she was sitting down to watch Johnny Carson around 10:30 at night, I would perk up and want to play. Getting me to sleep when it was dark was a nearly impossible challenge for her, a habit that never really left me. However, since getting married to a diurnal gentleman a little over 5 years ago, I find that I have adapted to his schedule…but when he is traveling out of town for work for more than a couple of days, my inner Nosferatu Timetable kicks in and I find myself staying up all night once again.

Because of this, I think I have spent a total amount of less than 47 hours in sunlight over the past half century, leaving me with a…I won’t say “pallid” appearance….but I will say definitely “not tan.” Because of this, anytime I have been tempted to wear anything yellow, be it a fun summer dress or funky-fab tank top, I seem to take on a decidedly jaundiced and intensely not-healthy look. So I believe that this is really the fount of my animosity for the otherwise happy color yellow.

Of course there are other reasons that have crept up over my lifetime. It always seemed like a silly color, I mean, who takes yellow seriously? Even flowers don’t wear it well. Lilies? A white lily is regal and poetic. But a yellow lily just looks ridiculous, like part of the plant didn’t really get it’s daily dose of chlorophyll. Yellow food? Bananas and corn, ok, wear it well, that is true…but aside that, yellow food just comes across as spoiled, rotting stuff that one should avoid. Yellow cars? How many of those have you seen…and on the rare occasion you’ve seen one, did it seem to you that anyone of any degree of success would be driving one? Ever see a yellow Rolls? I can’t even imagine. Yellow does not always command respect.

Then there is the history of art for example, where yellow was always the first color to fade in painting. In recent years it has been noticed that paintings by Impressionists, post-Impressionists, as well as many Modernists of the late 19th and early 20th centuries are losing their bright yellow hues, fading to bland, beige tones that completely alter the visual aspects of the work (most notably, work by such well-known artists such as Henri Matisse and Vincent Van Gogh). The fading is the result of the cadmium yellow pigment that was used, which when exposed to light has the ghastly tendency to oxidize, thereby stripping the paint of its vibrant color.

Oh, I could go on and on, finding myriad reasons why yellow is the lowest rung on the chromatic ladder.

But then…there is Yayoi Kusama. 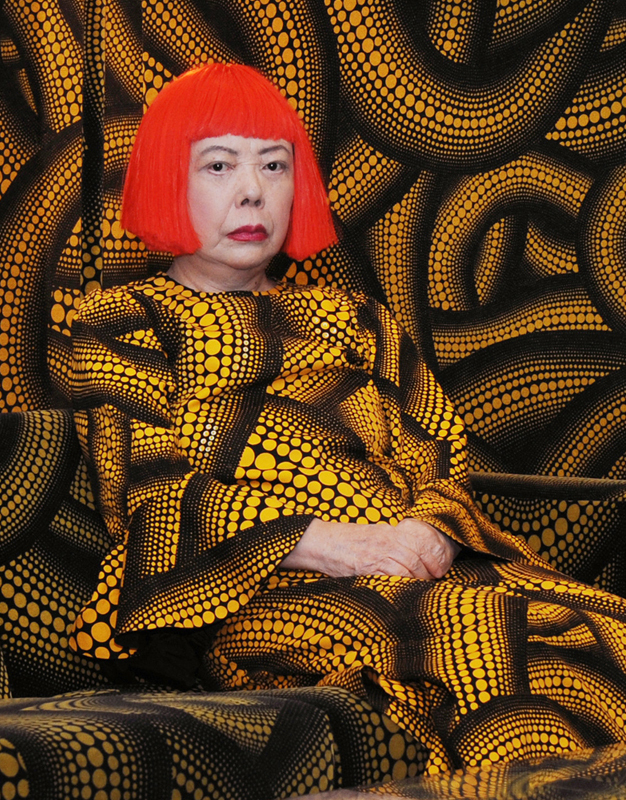 After seeing the 2008 documentary “I Love Me,” a poignant, sensitive, and inspirational biopic of this brilliant and prolific artist, I began to see yellow in a different light. Looking at it was a whole new experience. Her use of yellow is powerful…there is nothing passive, uninteresting, or emotionless when she utilizes yellow in her work. She wields that tone like a sword, cutting through banality with the elegance of a dancer and the power of a dragon. And for the first time in my life, it occurred to me that yellow held the potential to be acceptable. I understood then that when used by the right person, in the right circumstance, yellow might just be kinda wonderful. 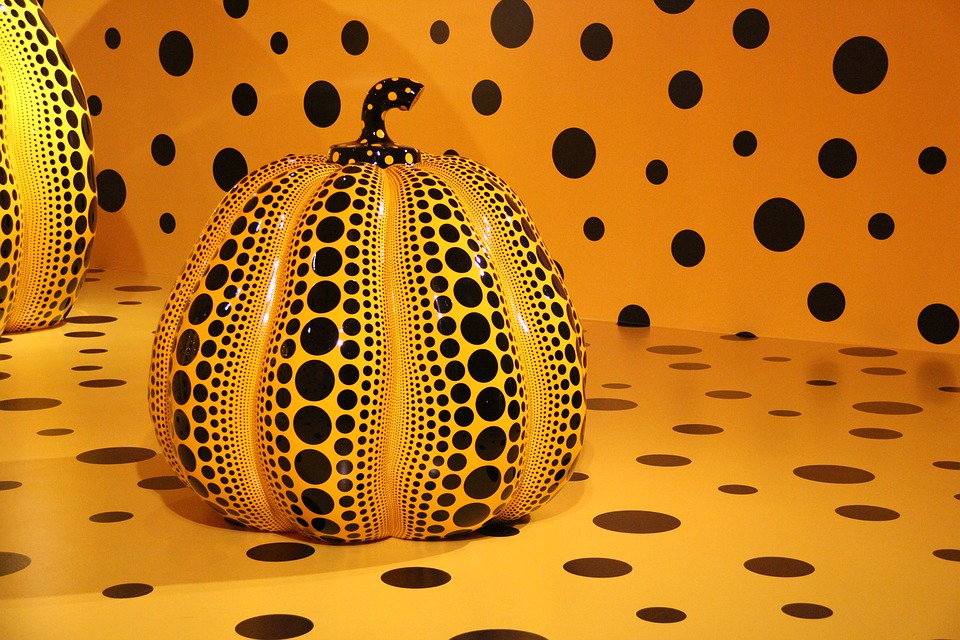 Fast forward to 2016 and my need for some new glasses (really, this all connects, I promise, it does). I hadn’t replaced the windows on the windows to my soul in several years and it was clear that it was time to do that. Well, actually, it wasn’t clear…nothing was clear, it was very blurry and I was viewing the world as positively Monet-esque…which is, of course, lovely in it’s own way but makes reading, watching films, playing video games, and basically anything that involves seeing, a frustrating experience. So, my quest for new frames began, a search for something with a Pizzazz Factor of one-hundred-and-eleven.

Then the Internet delivered, as it always seems to do, exactly what I wanted and I was in love. The All Powerful Google had brought into my life the vision of Louis Vuitton eyeglass frames based on the artwork of Yayoi Kusama… 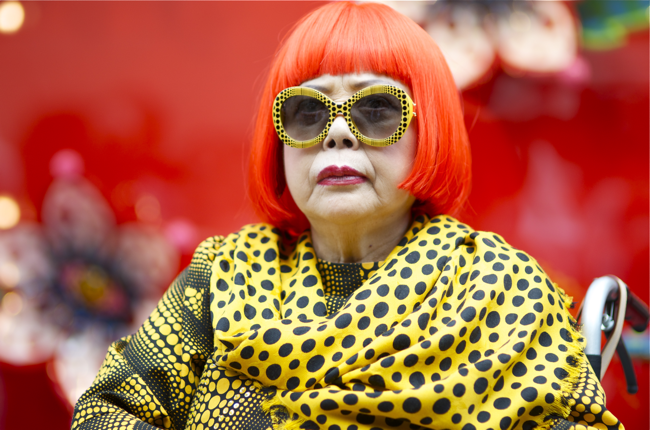 I swear, he is truly the sweetest soul to ever have existed. The look in his eye when he was watching me lose my marbles over a picture on the internet…the memory of that look still makes my heart flutter and makes me giddy. That look also served to center me, as looking into his eyes seems to always do for me. Reeling my exuberance back in, I quietly giggled, “Yayoi Kusama glasses…” to which my Beloved replied, “Well now…seeing that reaction…I think you need those.”

A bit more searching and I was to find that the glasses were no longer in production, but there were still some places online where those with the patience to search could still find them. While I was involved in my search however, I felt a sudden, subtle shift in the joy that I was so gleefully experiencing. There appeared a crack in the wall that was supporting my bliss, and that’s when I noticed it…and the wall came a tumblin’ down…

“Aw, man…,” I mumbled, feeling all that serotonin and dopamine immediately drain away. Responding the the curious and obviously confused look on my husband’s face, I said, “They’re yellow.” 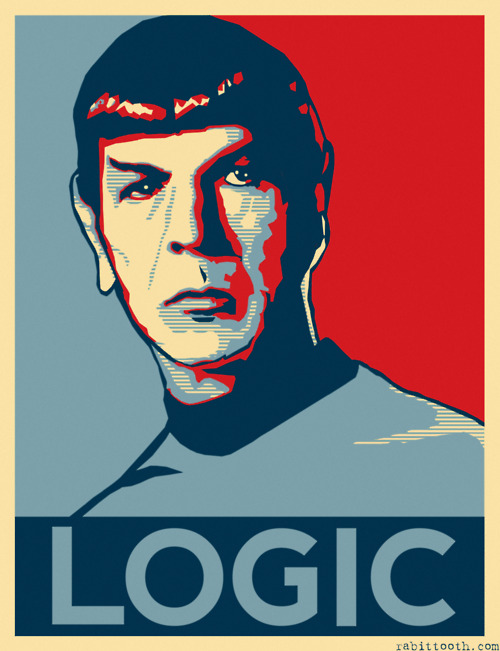 Bless his serene and stoical heart.

In the hopes of clarifying for him, I quickly explained my long and complicated rapport with the color. I could see that though he gave my words credence, the concept was one he could not grasp. It did not compute for him that one could A) have a personal relationship with a color, and, B) that said relationship could be anything but neutral, at best. After a few moments of deep contemplation, he finally looked at me and asked, “Is there any way that you could….make peace with yellow?”

The moment those words left his mouth, a wave overtook me, a wave of vision, a wave of creativity! And in that moment, I saw the painting I would do. I think in ancient times such an experience would be referred to as an epiphany. A few days earlier I had put together a post for my other blog “The Artist Birthday Series,” celebrating the birth and work of pioneer of photography and motion pictures, Eadweard Muybridge. In my research I ran across a strange and beautiful image he had created, a glass negative self portrait, composed mainly of repeating circles…wheels, test patterns, or something else entirely, I wasn’t sure. In the lower righthand corner was an image of the artist himself, a self portrait amid the loops. 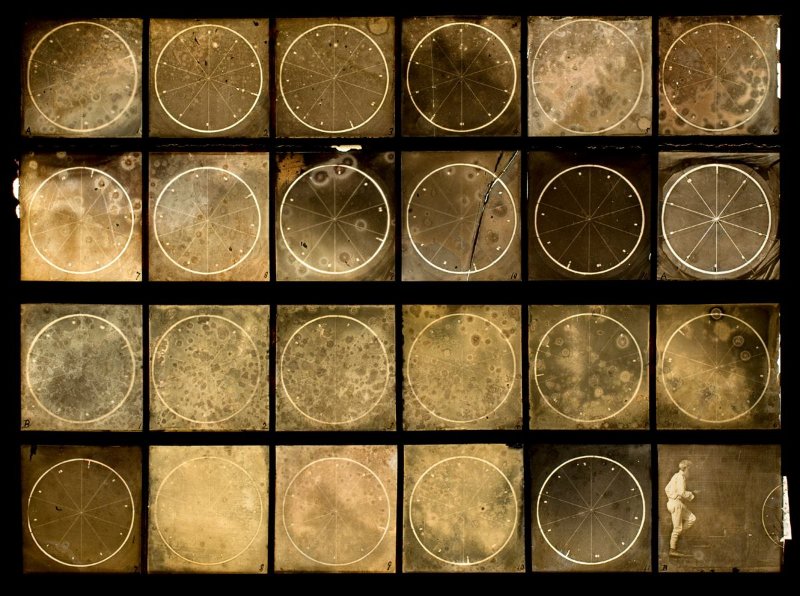 Using Muybridge’s image as an inspiration, I saw in my mind, the painting I was going to do. A self portrait as well, based on the ridiculous inner struggle I had with the color yellow…and the creation of which would be my coming to terms and making peace with that color once and for all. Jumping to my feet, I excitedly thanked my Beloved for his choice of words and scampered off to my studio to start work on what would become one of my favorite pieces created that year. Confused, but well used to it by now after years of living with me, he shouted after me, “Have fun, baby!”

I never did get the Kusama glasses. But I do still keep my eye on on Ebay, watching for the right opportunity. And one day, I have a feeling that yellow and I will take our friendship to the next level and hang out together a lot.

This work is being featured as one of the paintings exhibited the week of August 14th through 18th at the THOMA Art Festival, or Garden Of Art, in Rome Italy. For more information about this festival, please click here.