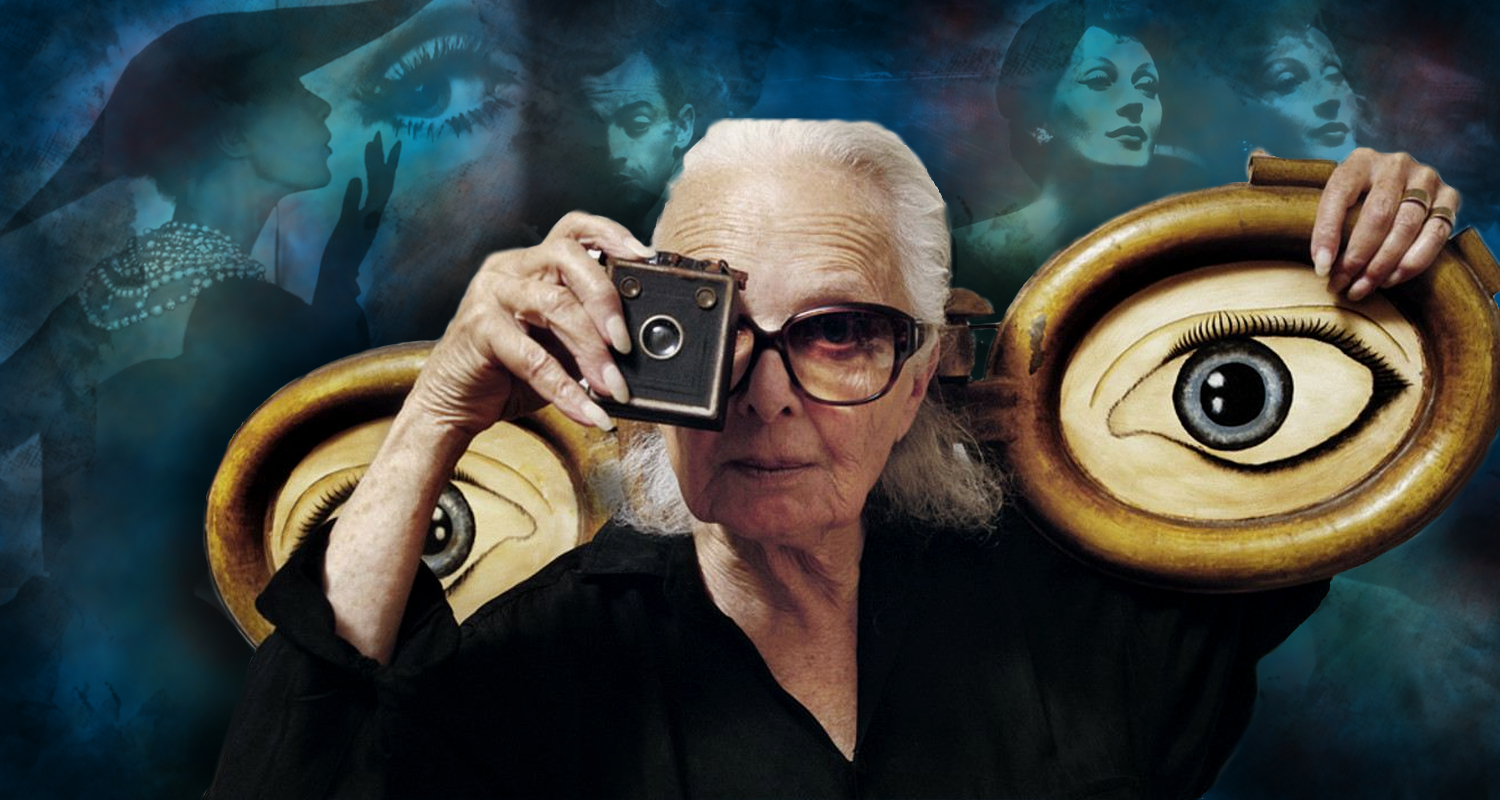 Lillian Bassman (June 15, 1917 – February 13, 2012) was a magazine art director and fashion photographer who achieved renown in the 1940s and ’50s with high-contrast, dreamy portraits of sylphlike models, and then who re-emerged in the ’90s as a fine-art photographer after a cache of her lost negatives resurfaced.

Lillian Violet Bassman was born on June 15, 1917, in Brooklyn and grew up in the Bronx. Her parents, Jewish intellectuals who had emigrated from Russia, allowed her a bohemian style of life, even letting her move in, at 15, with the man she would later marry, the documentary photographer Paul Himmel. (The couple first met at Coney Island when she was 6 years old and he was 9. They met again when she was 13, and started living together when she was 15 in 1932. They were married in 1935, and remained married until Himmel died in 2009, after 73 years of marriage.)

She studied fabric design at Textile High School, a vocational school in the Chelsea section of Manhattan. After modeling for artists employed by the Works Progress Administration’s Federal Art Project and working as a muralist’s assistant, she took a night course in fashion illustration at Pratt Institute in Brooklyn.

She soon showed her work to Alexey Brodovitch, the renowned art director of Harper’s Bazaar, who was impressed. Waiving tuition, he accepted her into his Design Laboratory at the New School for Social Research, where she changed her emphasis from fashion illustration to graphic design. She soon became a protégé of Brodovitch, and in late 1945, when the magazine generated a spinoff called Junior Bazaar, aimed at teenage girls, she was asked to be its art director, a title she shared with Mr. Brodovitch, at his insistence. 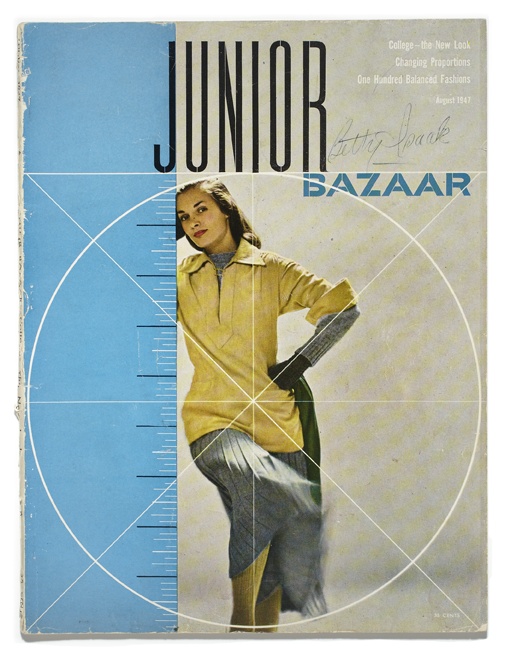 Like her mentor, she was artistically daring. At Junior Bazaar, she experimented with abandon, treating fashion in a bold, graphic style and floating images in space. “One week we decided that we were going to do all green vegetables, so we had the designers make all green clothing, green lipstick, green hair, green everything,” she told Print magazine in 2006. 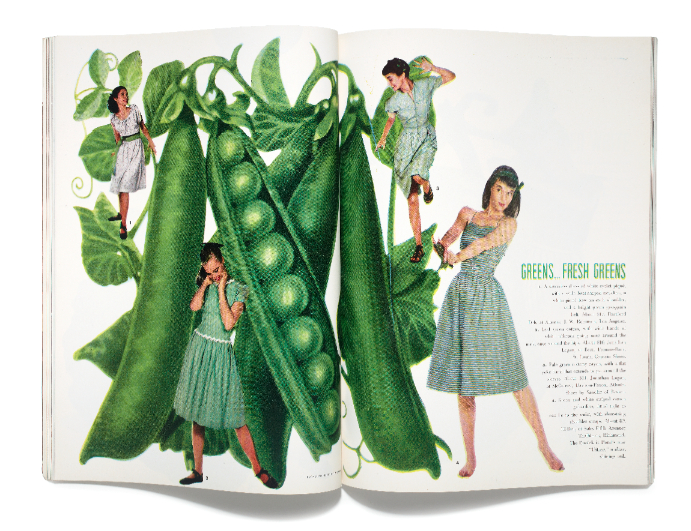 In addition to providing innovative graphic design, she gave prominent display to future photographic stars like Richard Avedon, Robert Frank and Louis Faurer, whose work whetted her appetite to become a photographer herself. Already, at Harper’s Bazaar, she had begun frequenting the darkroom on her lunch hours to develop images by the great fashion photographer George Hoyningen-Huene, using tissues and gauzes to bring selected areas of a picture into focus and applying bleach to manipulate tone.

“I was interested in developing a method of printing on my own, even before I took photographs,” Bassman told B&W magazine in 1994. “I wanted everything soft edges and cropped.” She was interested, she said, in “creating a new kind of vision aside from what the camera saw.”

When Avedon went off to photograph fashion collections in Paris in 1947, he lent her his studio and an assistant. She continued her self-education and in short order landed an important account with a lingerie company. In its last issue, in May 1948, Junior Bazaar ran a seven-page portfolio of wedding photographs she had taken, titled “Happily Ever After.”

She became highly sought after for her expressive portraits of slender, long-necked models advertising lingerie, cosmetics and fabrics. Her lingerie work in particular brought lightness and glamour to an arena previously known for heavy, middle-aged women posing in industrial-strength corsets. “I had a terrific commercial life,” she told The New York Times in 1997. “I did everything that could be photographed: children, food, liquor, cigarettes, lingerie, beauty products.”

Her nonadvertising work appeared frequently in Harper’s Bazaar, and she developed close relationships with a long list of the era’s top models, including Barbara Mullen (her muse), Dovima and Suzy Parker. The stylistic changes of the 1960s, however, left her cold. The models, too. “I got sick of them,” she told The Times in 2009. “They were becoming superstars. They were not my kind of models. They were dictating rather than taking direction.”

In 1969, disappointed with the photographic profession and her prospects, she destroyed most of her commercial negatives. She put more than 100 editorial negatives in trash bags, putting them aside in her converted carriage house on the Upper East Side of Manhattan. She soon forgot all about them.

By the mid-1970s, she was out of the fashion world entirely and had begun focusing on her own work, taking large-format Cibachrome photographs of glistening fruits, vegetables and flowers, pictures of cracks in the city streets and distorted male torsos based on photographs in bodybuilding magazines. It was not until the early 1990s that Martin Harrison, a fashion curator and historian who was staying at her house, found the long-forgotten negatives. He encouraged her to revisit them.

Bassman took a fresh look at the earlier work. She began reprinting the negatives, applying some of the bleaching techniques and other toning agents with which she had first experimented in the 1940s, creating more abstract, mysterious prints. “In looking at them I got a little intrigued, and I took them into the darkroom, and I started to do my own thing on them,” she told The Times. “I was able to make my own choices, other than what Brodovitch or the editors had made.”

Her “reinterpretations,” as she called them, found a new generation of admirers. A full-fledged revival of her career ensued, with gallery shows and international exhibitions, including a joint retrospective at the Deichtorhallen museum in Hamburg with her husband and a series of monographs devoted to her photography.

At the age of 87, Bassman discovered PhotoShop and worked daily in her studio “toying and reconfiguring” her photographs. She claimed a proud proficiency with her computer. It is a skill however that did not extend to the use of e-mail or Google. “I’m not interested,” she said, “in any of that.”

See something? Say something. Thanks!