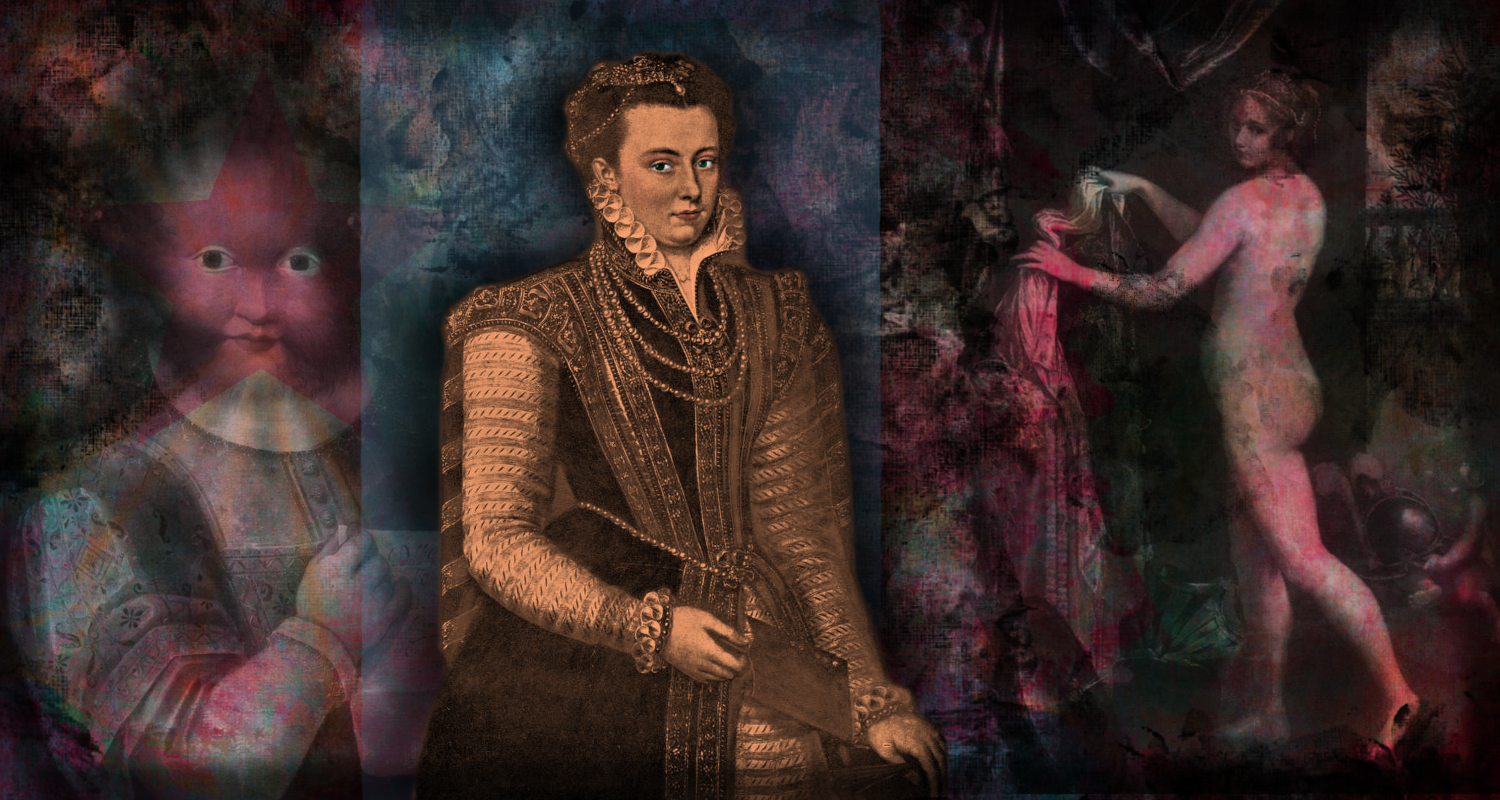 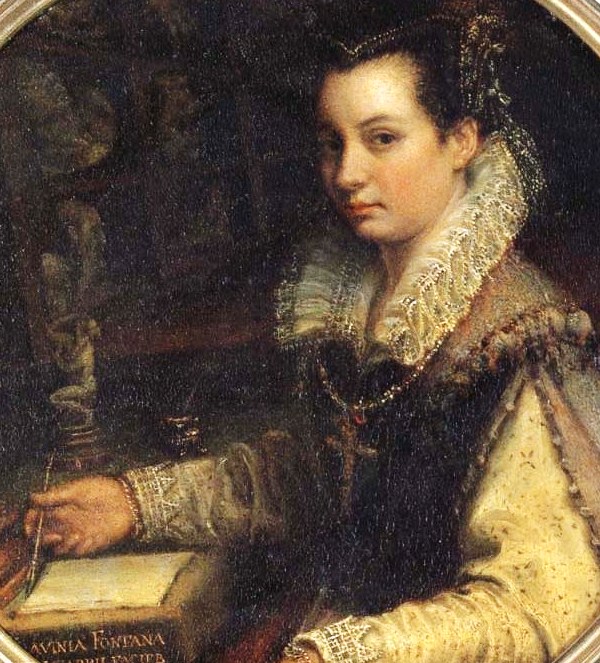 Lavinia Fontana was born in Bologna, the daughter of the painter Prospero Fontana, who was a prominent painter of the School of Bologna at the time and served as her teacher.

Her earliest known work, Monkey Child, was painted in 1575 at the age of 23. Though this work is now lost, another early painting, Christ with the Symbols of the Passion, painted in 1576 is now in the Cornell Fine Arts Museum. She would go on to paint in a variety of genres. Early in her career, she was most famous for painting upper-class residents of her native Bologna.

She began her commercial practice by painting small devotional paintings on copper, which had popular appeal as papal and diplomatic gifts, given the value and lustre of the metal. In addition to portraits (the typical subject matter for women painters), she later created large scale paintings with religious and mythological themes which sometimes included female nudes, something not done by a known female painter before.

Fontana married Paolo Zappi (alternately spelled Paolo Fappi) in 1577. She gave birth to 11 children, though only 3 outlived her. After marriage, Fontana continued to paint to support her family. Zappi took care of the household and served as painting assistant to his wife, including painting minor elements of paintings like draperies.

In 1598, she was commissioned to paint the portrait of Antonietta Gonzalez. The child (as well as her father, two sisters and other family members) had hypertrichosis (also commonly called “werewolf syndrome”), which is a rare genetic disorder which causes an abnormal amount of hair on the body. Antonietta and her sisters were welcomed into the courts of Europe, having received considerable attention from physicians and nobles alike and also being subject to medical investigations and portrait sittings. Historian Merry Weisner-Hanks has speculated that Lavinia Fontana met Antonietta in Parma for the sitting. The painting is now seen in the Musée du Château, Blois.

Fontana and her family moved to Rome in 1603 at the invitation of Pope Clement VIII. She gained the patronage of the Buoncompagni, of which Pope Gregory XIII was a member. Lavinia thrived in Rome as she had in Bologna and Pope Paul V himself was among her sitters. She was the recipient of numerous honors, including a bronze portrait medallion cast in 1611 by sculptor and architect Felice Antonio Casoni.

Some of her portraits, often lavishly paid for, have been wrongly attributed to Guido Reni. Chief among these are Venus; The Virgin Lifting A Veil From The Sleeping Infant Christ; and The Queen Of Sheba Visiting Solomon. Her self-portrait – she was said to have been very beautiful – was perhaps her masterpiece. Fontana’s self-portraiture strikes a balance between presenting the artist as a distinguished lady and as a professional artist. This depiction of two coexisting roles was common for sixteenth-century women artists (of which there were not many however).

While her youthful style was much like her father’s, she gradually adopted the Carracciesque style, with strong quasi-Venetian coloring. She was elected into the Accademia di San Luca of Rome, and died in that city on August 11, 1614.

There are over 100 works that are documented, but only 32 signed and dated works are known today. There are 25 more that can be attributed to her, making hers the largest oeuvre for any female artist prior to 1700.