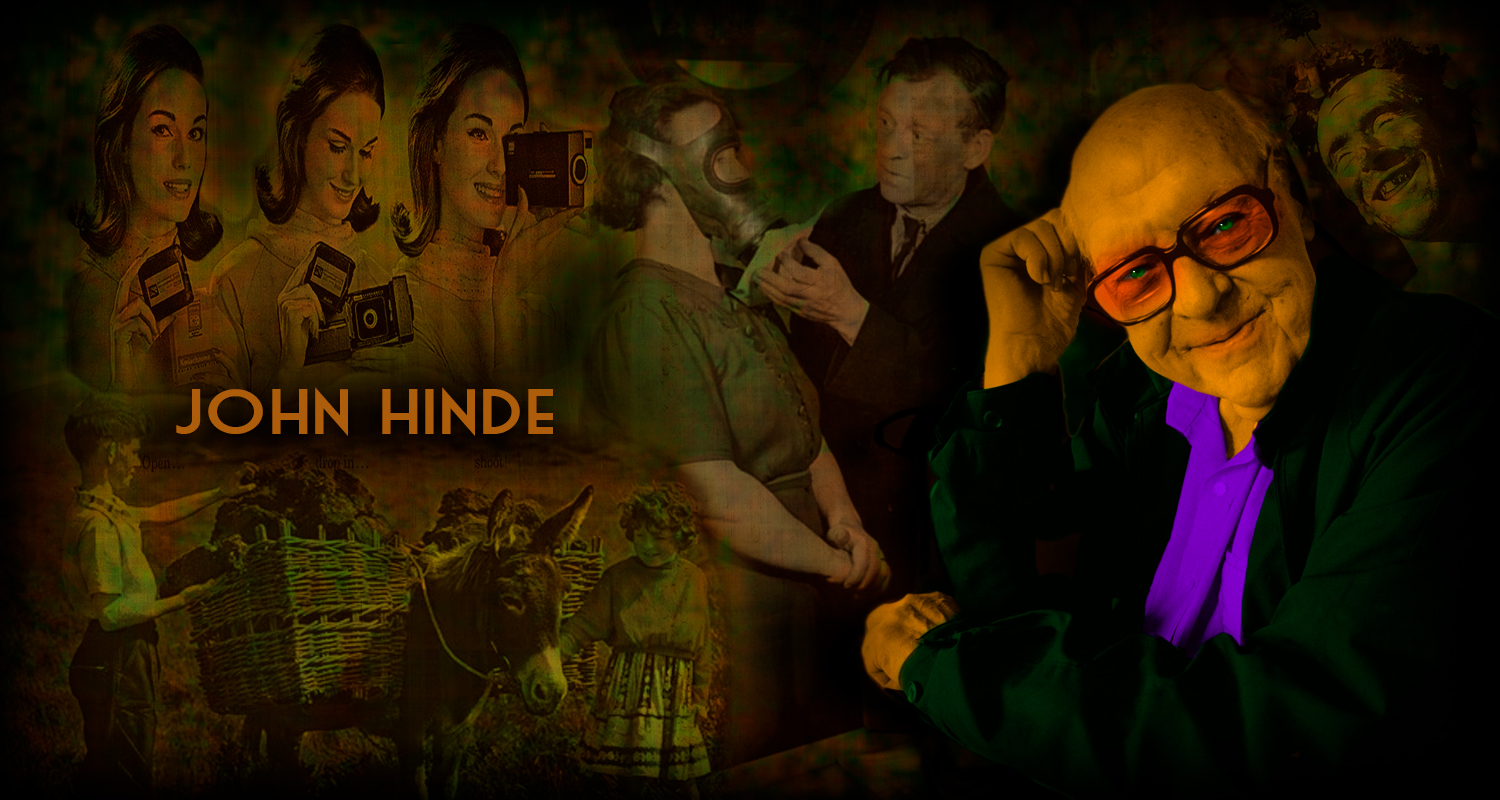 John Wilfrid Hinde (17 May 1916 – 26 December 1997) was an English photographer, whose idealistic and nostalgic style influenced the art of postcard photography and was widely known for his meticulously planned shoots.

He was born 1916 in the town of Street in Somerset, England, in a close-knit Quaker community. He stuck to his Quaker values in World War II by becoming a photographer for the civil defense forces instead of a soldier. It was during this time that his interest in color photography arose. Some of his photography was published in color magazines and books, such as Of Cabbages and Kings, Citizens of War, and British Circus Life. His work in the 1940s was groundbreaking, with his color pictures recognised by London’s Imperial War Museum as the only examples of such photography from the second World War.

Hinde briefly switched professions when he became a circus publicity manager in 1944. Here, he met his wife Antonia Falnoga, a trapeze artist who was part of the circus. In 1954, he and Antoina started their own traveling circus company in Ireland named “The John Hinde Show.” In 1955 the couple moved to Ireland, and in 1956, their company closed and Hinde quit the circus business. He returned to his life as a photographer, and that same year, he founded “John Hinde Ltd” in Dublin to produce and distribute his color pictures of Ireland.

While traveling with the circus for twelve years, and in the years after, he began to take color photographs of the Irish countryside. During this time, Ireland was becoming a popular destination for tourists. Black and white postcards were favored because it was felt that this method could better capture the romantic landscape of Ireland. Hinde, a color photographer, tried to find a way in which he could achieve the same or better effect with the addition of color, something that would set his pictures apart from all the others. He hoped to capture the vividness of the Irish countryside, as well as the imagination of his audience. With much thought, he came up with a method that blended Irish stereotypes (donkeys, red-headed children, etc.) and the lush, seemingly endless, landscape with bright colors.

He would sometimes enhance colors in his studio to get a desired effect. He was well known for setting up, or changing a scene so that it would fit his strict style. If he found something unpleasant or out of place in his pictures, he could simply cover it up or move it to get the best shot. So common was this practice that he kept a saw in the back of his car so that, if there happened to be an unsightly object in the view of his camera, he would chop down a nearby rhododendron bush and use it to conceal the eyesore. Needless to say, many rhododendron bushes appear in his famous Ireland postcards. This series of photographs was a huge success, not only with tourists, but also with the Irish people who enjoyed being reminded of the vibrant environment in which they lived.

Billy Butlin had founded the camps as a place for working-class people to go for vacation, complete with high excitement and low cost. Butlin hired Hinde to produce postcards that reflected the spirited and enjoyable environment found at his camps. By this time, Hinde worked more as an art director than an actual photographer, so he hired two German photographers, Elmar Ludwig and Edmund Nägele, and one British photographer, David Noble. They travelled to the different camps and set up the necessary lights and photography equipment, often taking an entire day to set up the perfect shot.

Hinde’s pictures portrayed holiday makers taking advantage of all of the things Butlin’s had to offer, including tourists having a grand old time. The photographers used large format cameras and Ektachrome film to capture the optimistic tone that Butlin was looking for. Scenes from the postcards included people eating in lavishly decorated dining halls, large indoor swimming pools, themed bars, and amusement park rides.

Actual holiday makers were used in the shots, but like the Ireland pictures, the sets were often added to, to capture the energetic feeling of the setting. Hinde would often enhance certain colors later on so that the end result would be a lively, idealistic view of a Butlin vacation. The combination of the images of a fun-filled family vacation and the vivacious color produced a nostalgic portrait for the masses.

Hinde always saw his customer as “the man in the street” and felt the greatest confirmation of his success was when Kodak asked his company to produce its publicity material.

Hinde’s postcards were immensely popular, despite his view that the photographs held no artistic value. Though he was selling an average of 50,000 postcards per year, in 1972 he decided to sell his company to the Waterford Glass Group to pursue his love of landscape painting.

Even though Hinde never viewed his photographs with much reverence, the Irish Museum of Modern Art recognised his photographic works with a retrospective in Dublin in 1993.

Hinde retired to Dordogne, France, and it was there in 1997, where he unexpectedly, but peacefully, passed away at the age of 81.

At the time of his death, millions of his postcards had been sold worldwide. Since his death, exhibits of his photography have travelled all over the world and he proved to be the most successful postcard producer in the world. His works have also been compiled into books, including Hindesight, a collection of the Ireland postcards and Our True Intent Is All For Your Delight, a collection of the Butlin’s postcards. 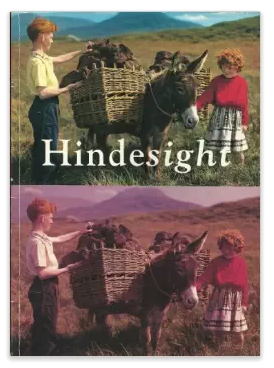 Some of his postcards form the basis for an Irish 30-minute television program called Cartai Phoist which selects 3 postcards per episode, and using a contemporary Irish artist/celebrity/TV personality, recreates the postcard by finding the original individuals (or their next-of-kin) and standing at the exact spot where the original postcard shot was taken.