Joan Miró i Ferrà was a Spanish painter, sculptor, and ceramicist born in Barcelona. A museum dedicated to his work, the Fundació Joan Miró, was established in his native city of Barcelona in 1975, and another, the Fundació Pilar i Joan Miró, was established in his adoptive city of Palma de Mallorca in 1981. Earning international acclaim, his work has been interpreted as Surrealism, a sandbox for the subconscious mind, a re-creation of the childlike, and a manifestation of Catalan pride. In numerous interviews dating from the 1930s onwards, he expressed contempt for conventional painting methods as a way of supporting bourgeois society, and famously declared an “assassination of painting” in favour of upsetting the visual elements of established painting. 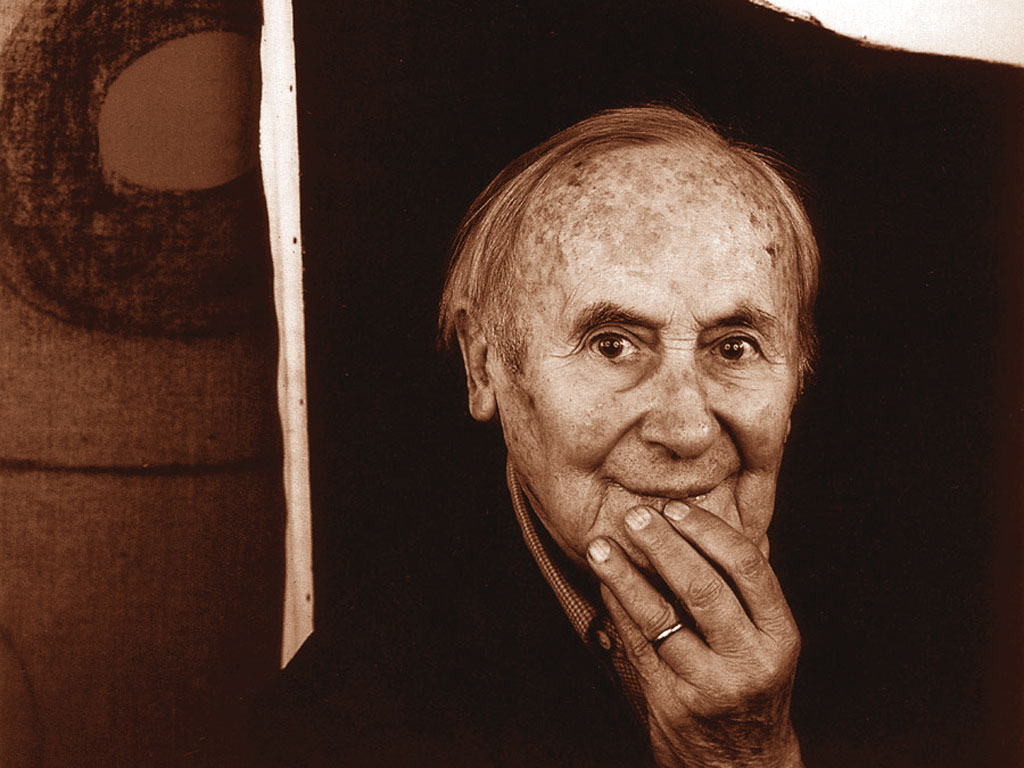 Born into the families of a goldsmith and a watchmaker, Miró grew up in the Barri Gòtic neighborhood of Barcelona. His father was Miquel Miró Adzerias and his mother was Dolors Ferrà. He began drawing classes at the age of seven at a private school at Carrer del Regomir 13, a medieval mansion. In 1907 he enrolled at the fine art academy at La Llotja, to the dismay of his father. He studied at the Cercle Artístic de Sant Lluc and he had his first solo show in 1918 at the Dalmau Gallery, where his work showed the influence of Cézanne, filling the canvas with a colourful surface and a more painterly treatment than the hard-edge style of most of his later works. However, at the time, his work was ridiculed and defaced. Inspired by Cubist and surrealist exhibitions from abroad, Miró was drawn towards the arts community that was gathering in Montparnasse and in 1920 moved to Paris, but continued to spend his summers in Catalonia.

He initially went to business school as well as art school. He began his working career when he was a teenager as a clerk, although he abandoned the business world completely for art after suffering a nervous breakdown. His early art, like that of the similarly influenced Fauves and Cubists exhibited in Barcelona, was inspired by Vincent van Gogh and Paul Cézanne. The resemblance of Miró’s work to that of the intermediate generation of the avant-garde has led scholars to dub this period his Catalan Fauvist period.

A few years after Miró’s 1918 Barcelona solo exhibition, he settled in Paris where he finished a number of paintings that he had begun on his parents’ summer home and farm in Mont-roig del Camp. One such painting, “The Farm,” showed a transition to a more individual style of painting and certain nationalistic qualities. Ernest Hemingway, who later purchased the piece, compared the artistic accomplishment to James Joyce’s Ulysses and described it by saying, “It has in it all that you feel about Spain when you are there and all that you feel when you are away and cannot go there. No one else has been able to paint these two very opposing things.”

In 1924, he joined the Surrealist group. The already symbolic and poetic nature of his work, as well as the dualities and contradictions inherent to it, fit well within the context of dream-like automatism espoused by the group. Much of Miró’s work lost the cluttered chaotic lack of focus that had defined his work thus far, and he experimented with collage and the process of painting within his work so as to reject the framing that traditional painting provided. This antagonistic attitude towards painting manifested itself when Miró referred to his work in 1924 ambiguously as “x” in a letter to poet friend Michel Leiris. The paintings that came out of this period were eventually dubbed Miró’s dream paintings.
In 1926, he collaborated with Max Ernst on designs for ballet impresario Sergei Diaghilev. With Miró’s help, Ernst pioneered the technique of grattage, in which he troweled pigment onto his canvases.

Miró returned to a more representational form of painting with The Dutch Interiors of 1928. Crafted after works by Hendrik Martenszoon Sorgh and Jan Steen seen as postcard reproductions, the paintings reveal the influence of a trip to Holland taken by the artist.
Until the outbreak of the Spanish Civil War, Miró habitually returned to Spain in the summers. Once the war began, he was unable to return home. Unlike many of his surrealist contemporaries, Miró had previously preferred to stay away from explicitly political commentary in his work. Though a sense of (Catalan) nationalism pervaded his earliest surreal landscapes and “Head of a Catalan Peasant,” it wasn’t until Spain’s Republican government commissioned him to paint the mural, “The Reaper,” for the Spanish Republican Pavilion at the 1937 Paris Exhibition, that Miró’s work took on a politically charged meaning.

In 1939, with Germany’s invasion of France looming, Miró relocated to Varengeville in Normandy, and on 20 May of the following year, as Germans invaded Paris, he narrowly fled to Spain (now controlled by Francisco Franco) for the duration of the Vichy Regime’s rule. In Varengeville, Palma, and Mont-roig, between 1940 and 1941, he created the twenty-three gouache series Constellations. Revolving around celestial symbolism, Constellations earned the artist praise from André Breton, who seventeen years later wrote a series of poems, named after and inspired by Miró’s series. Features of this work revealed a shifting focus to the subjects of women, birds, and the moon, which would dominate his iconography for much of the rest of his career.

In 1959, André Breton asked Miró to represent Spain in The Homage to Surrealism exhibition alongside Enrique Tábara, Salvador Dalí, and Eugenio Granell. Miró created a series of sculptures and ceramics for the garden of the Maeght Foundation in Saint-Paul-de-Vence, France, which was completed in 1964.

In 1974, Miró created a tapestry for the World Trade Center in New York City together with the Catalan artist Josep Royo. He had initially refused to do a tapestry, then he learned the craft from Royo and the two artists produced several works together. His World Trade Center Tapestry was displayed at the building and was one of the most expensive works of art lost during the attacks on the building on September 11, 2001.

In 1981, Miró’s “The Sun, the Moon and One Star”—later renamed “Miró’s Chicago”—was unveiled. This large, mixed media sculpture is situated outdoors in the downtown Loop area of Chicago, across the street from another large public sculpture, the Chicago Picasso. He had created a bronze model of The Sun, the Moon and One Star in 1967. The maquette now resides in the Milwaukee Art Museum.

Joan Miró died in his home in Palma (Majorca) on December 25, 1983 after suffering heart failure. He was interred in his family vault in Barcelona’s Cementiri de Montjuïc. 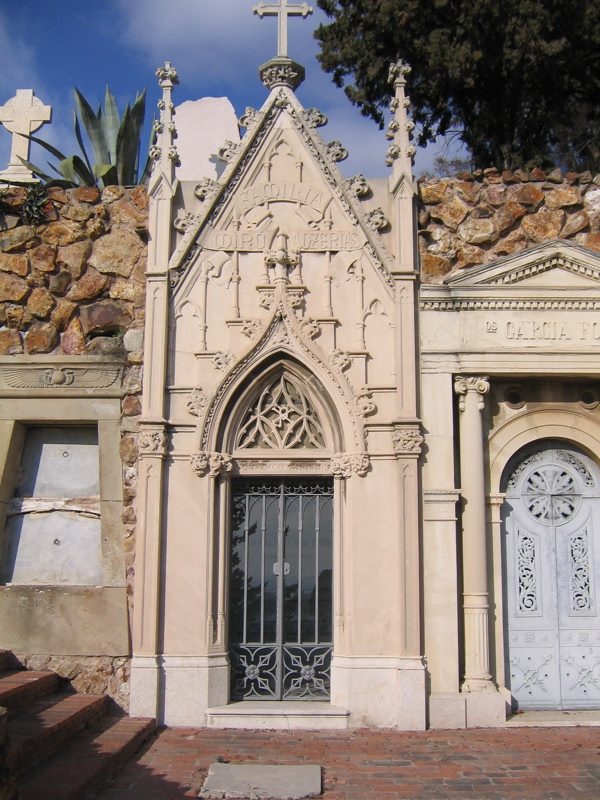