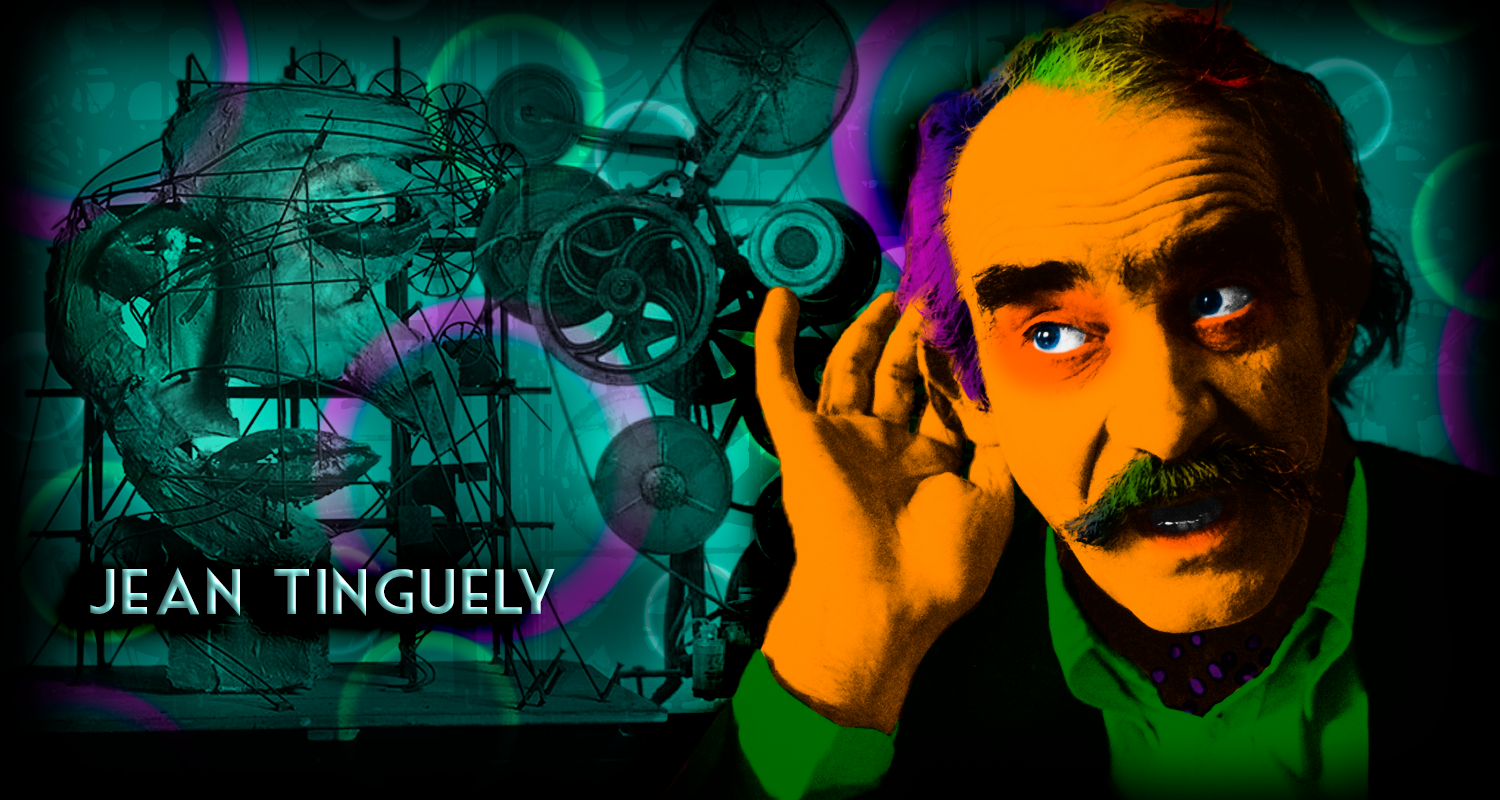 Jean Tinguely (22 May 1925 – 30 August 1991) was an artist who worked in the Dada tradition, best known for his mechanical sculpture work, also known as kinetic art. He called his creations “Metamechanics,” which playfully mocked mass consumerism and the overproduction of material goods.

Born in Fribourg, Switzerland, Tinguely grew up in Basel. He attended the School of Arts and Crafts, though records indicate that he was not terribly fond of consistent attendance. He later had an apprenticeship as a decorator, until 1947 when he begins to spend a lot of time in the circle of the Basel anarchist Heiner Koechlin.

In 1952 he moved to France with his first wife, Swiss artist Eva Aeppli, to pursue a career in art. They immersed themselves in the Parisian avant garde scene throughout the mid-twentieth century, and there he developed his distinctive, mischievous, and whimsical style.

At the beginning of 1955,  he moved into a studio in the Impasse Ronsin where one of his neighbors was the sculptor Constantin Brancusi. Later that same year, Tinguely takes part in the exhibition Le Mouvement at the Galerie Denise René in Paris, together with Pol Bury, Soto, Calder, Vasarely, Duchamp and other artists, where the concept of kinetic art plays a major role for the first time. 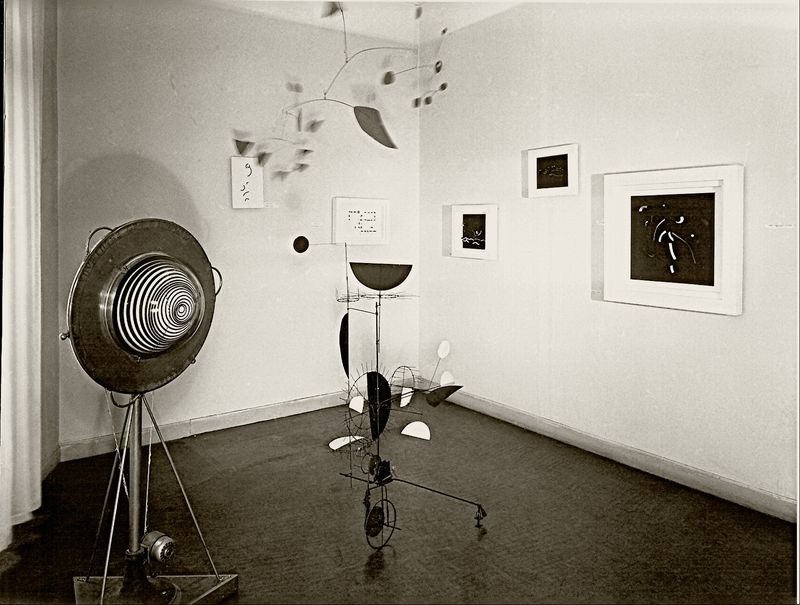 In 1956, through his network of connections in the Parisian art scene, he meets the brilliant young artist Yves Klein, and the two quickly became great friends. In November of 1958, Tinguely and Klein collaborated on a joint exhibition entitled Vitesse pure et stabilité monochrome, at the Galerie Iris Clert.

In 1959 in grand style, he scatters copies of his manifesto “Für Statik (For statics)” from an airplane over Düsseldorf, promoting the idea “Everything moves. Standstill does not exist …”.

In October of 1960, he is one of the founders of the group “Nouveaux Réalistes” in Paris. Headed up by Klein, the group sets its goal as exploring new ways of perceiving reality. Aside Tinguely and Klein, the initial members were Arman, Martial Raysse, Pierre Restany, Daniel Spoerri, Francois Dufrêne, Raymond Hains, Jacques de la Villeglé. The following year, they were joined by César, Mimmo Rotella, Niki de Saint Phalle, and Gérard Deschamps.

In 1962 he completes his spectacular Study for an End of the World No. 2, a sculptural ensemble that completely self-destructs before an audience in the desert of Nevada, outside Las Vegas, USA. Earlier in 1960, he had attempted his first self destructing sculpture, Homage to New York, but the work did not completely self-destruct. What remains of that sculpture now resides in the garden of the Museum of Modern Art, New York.

1963-64, he created the monumental sculpture Heureka for the Expo 64 in Lausanne, Switzerland.

In 1966, Tinguely, along with Niki de Saint-Phalle and Per Olof Ultvedt, created the Hon-en-Katedrall (sometimes spelled “Hon-en-Katedral“) art installation exhibited at Moderna Museet in Stockholm. The work was a large scale sculpture of a colorful pregnant woman lying on her back with her legs wide apart. The sculpture was 25–26 meters long, about 6 meters high and 11 meters wide. It was constructed of scaffolding and chicken wire, covered with fabric and fiberglass, then painted with brightly-colored poster paint. Visitors would enter the work through an opening in the location of the woman’s vagina, returning to the womb, as it were. Once inside, they were to find a screen showing Greta Garbo films, a goldfish pond and a soft drink vending machine, all the while being entertained by the music of Johann Sebastian Bach, played through hidden speakers. The piece was exhibited from June 4 to September 9 in 1966, and during that time had over 80,000 visitors.

One of his most celebrated works was created in 1970, when he and a group of friends create La Vittoria in front of the Milan Cathedral, in Milan, Italy. It was a giant golden phallus which, with much pomp and circumstance, burns to the ground as part of the festival celebrating the 10th anniversary of the Nouveaux Réalistes.

From the 1970’s until 1991, Tinguely worked continuously on his complicated and fantastical sculptures and exhibitions. His creative flow was intense and prolific, however the near-frantic pace of his creation may have taken its toll however.

On August 18, 1991 Jean Tinguely suffered a stroke and was taken to the Inselspital Hospital in Berne. He resisted death for nearly two weeks, but unfortunately never recovered. He would succumb to the complications of the stroke and passed away on August 30, at the young age of 66 years. 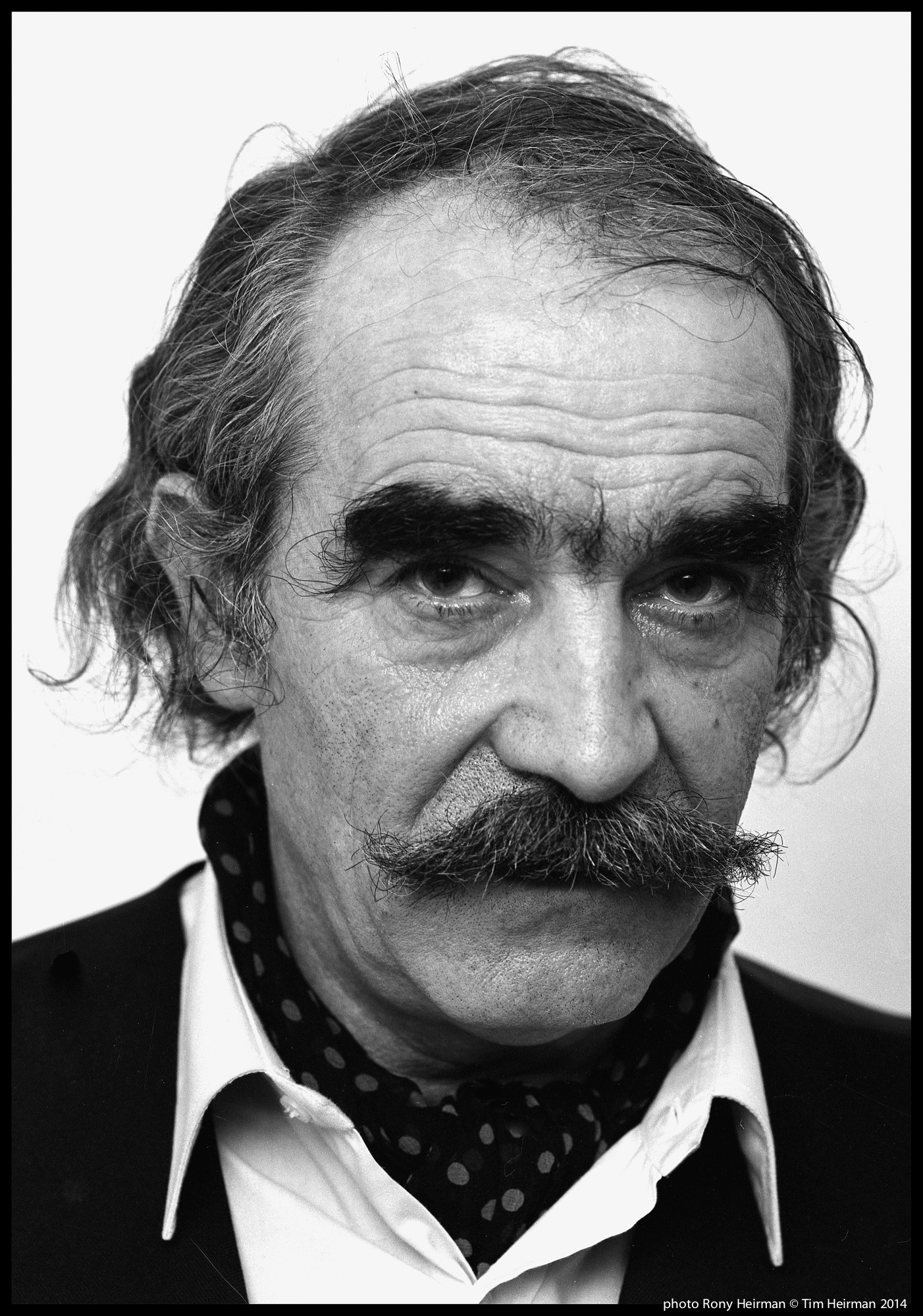 His funeral was held on September 4, 1991 in Basel. His 1979 tractor-like and drivable sculpture entitled “Klamauk,” was part of his funeral procession. That same sculpture still makes the rounds of Basel on “Tinguely Tag,” or “Tinguely Day,” a annual celebration of his life, remembering him each year on the anniversary of his death.