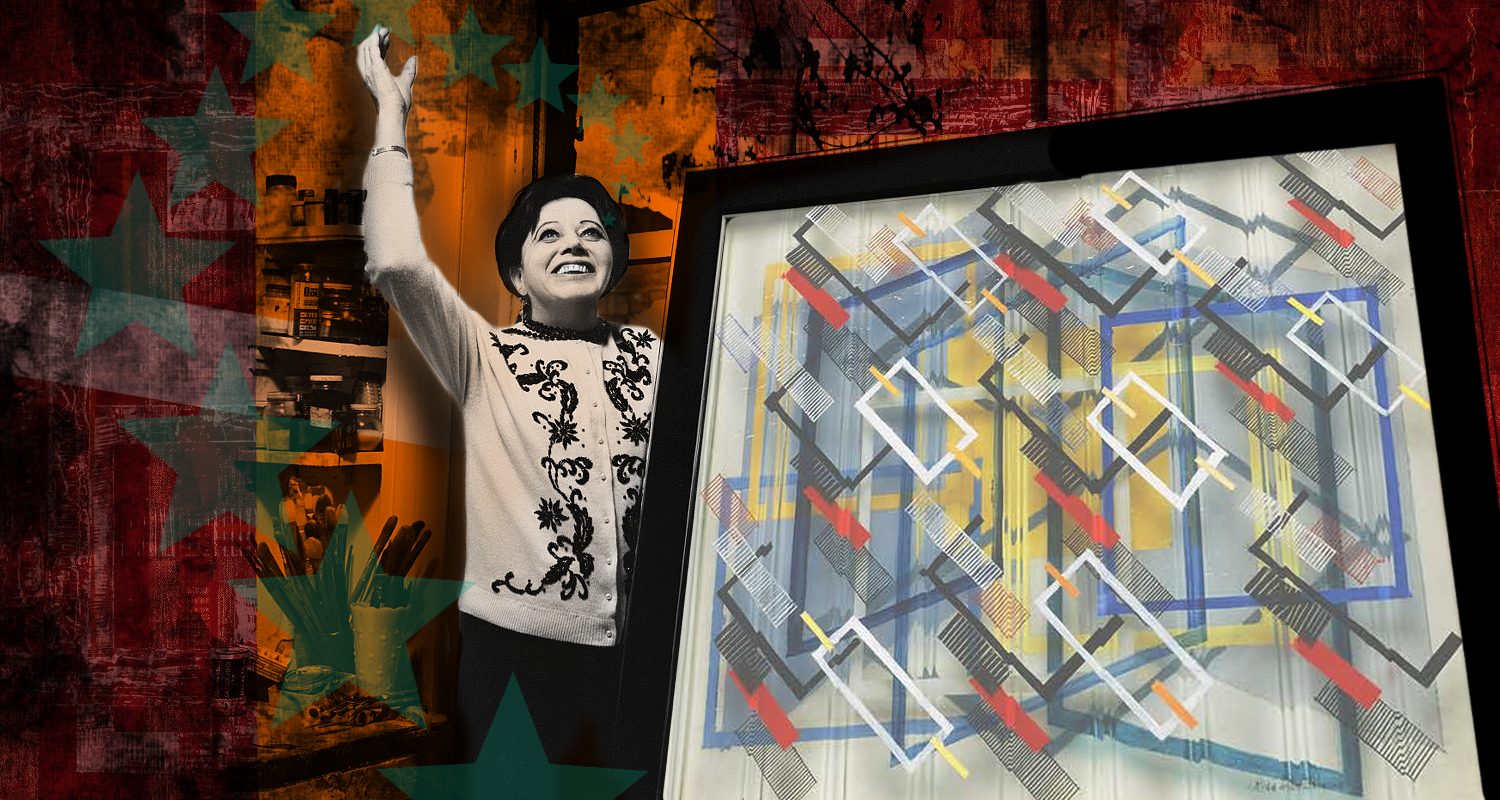 I. Rice Pereira (August 5, 1902 – January 11, 1971) was an American abstract artist, poet, and philosopher who played a significant role in the development of modernism in America. She is known for her work in the Geometric Abstraction, Abstract Expressionist, and Lyrical Abstraction genres and her use of the principles of the Bauhaus school. Pereira’s paintings and writings were influenced significantly by the complex intellectual currents of the 20th century. 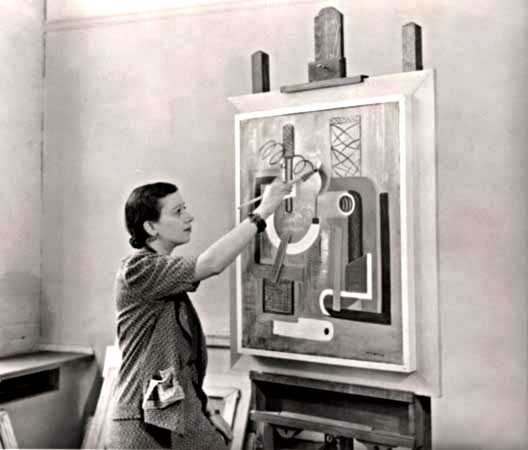 Pereira was born Irene Rice on August 5, 1902 in Chelsea, Massachusetts, a suburb of Boston, the eldest of three sisters and one brother. During her career, she often gave her year of birth as 1907, which appears on some legal documents. She spent her childhood in Great Barrington, Massachusetts, where she spent time reading and writing poetry. After her father died in 1918 she and her family moved to Brooklyn, New York.

In 1922 she began working as a stenographer in an accountant’s office to help support her family in the wake of her father’s death. She briefly attended courses in fashion design at the Traphagen School of Fashion and night courses in literature at New York University, and began taking evening art classes at Manhattan’s Washington Irving High School. She immersed herself in the bohemian world of Greenwich Village and had a brief affair with the poet and novelist Maxwell Bodenheim, whose friend Ben Hecht decribed as, “more disliked, derided, denounced, beaten up, and kicked down more flights of stairs than any poet of whom I have heard or read.”

In 1927, she enrolled in night art classes at the Art Students League in New York City. Among her instructors at the Art Students League were Jan Matulka and Richard Lahey. In her 1929 class Matulka provided Pereira with her first exposure to the artistic principles of the European avant-garde that would shape her work; most notably those of the Bauhaus, Cubism, and Constructivism. In 1931, she traveled to Europe and North Africa to further her painting studies, attending sessions at the Académie Moderne and studying with Amédée Ozenfant in Paris. She also spent time in Switzerland and Italy.

In 1935, Pereira helped found the Design Laboratory, a cooperative school of industrial design established under the auspices of the Works Progress Administration. The curriculum of the Design Laboratory was similar to that of the Bauhaus. All students were required to take a basic course that included an introduction to chemistry, physics, and art materials. Students experimented with materials in laboratories in order to understand their physical properties. There was an emphasis on social considerations, and students were taught the social implications of technological developments alongside classes in art, music, and literature. Pereira taught classes in painting, composition, and design synthesis.
She continued teaching at the Design Laboratory when it lost its financial support from the Works Progress Administration on June 27 of 1937. On July 1, 1937 the Design Laboratory became part of the FAECT School, located at 114 E. 16th St. New York. When Classes resumed on September 27 of 1937 the school was known as The Laboratory School of Industrial Design. She resigned her position in October 1939.

Pereira painted throughout her life. Her paintings first gained recognition in the early 1930s, when she exhibited at the ACA Galleries and the Whitney Museum of American Art in New York. With the showcase at the Whitney, she became one of the first women (along with Loren MacIver and Georgia O’Keeffe) to be given a retrospective at a major New York museum. In the late 1930s, she started to move away from realistic work toward abstraction and experimented with painting on layered glass. In 1946, Pereira was included in the Museum of Modern Art’s exhibition 1946: Fourteen Americans.

During the latter part of her career, Pereira rejected abstract expressionism and experienced difficulties with gallery owners and museum directors. She believed that art and literature were being swallowed up in “a chaotic void of mindlessness.” Eventually, she left New York permanently and moved to Spain. She died of emphysema on January 11, 1971 in Marbella, Spain. 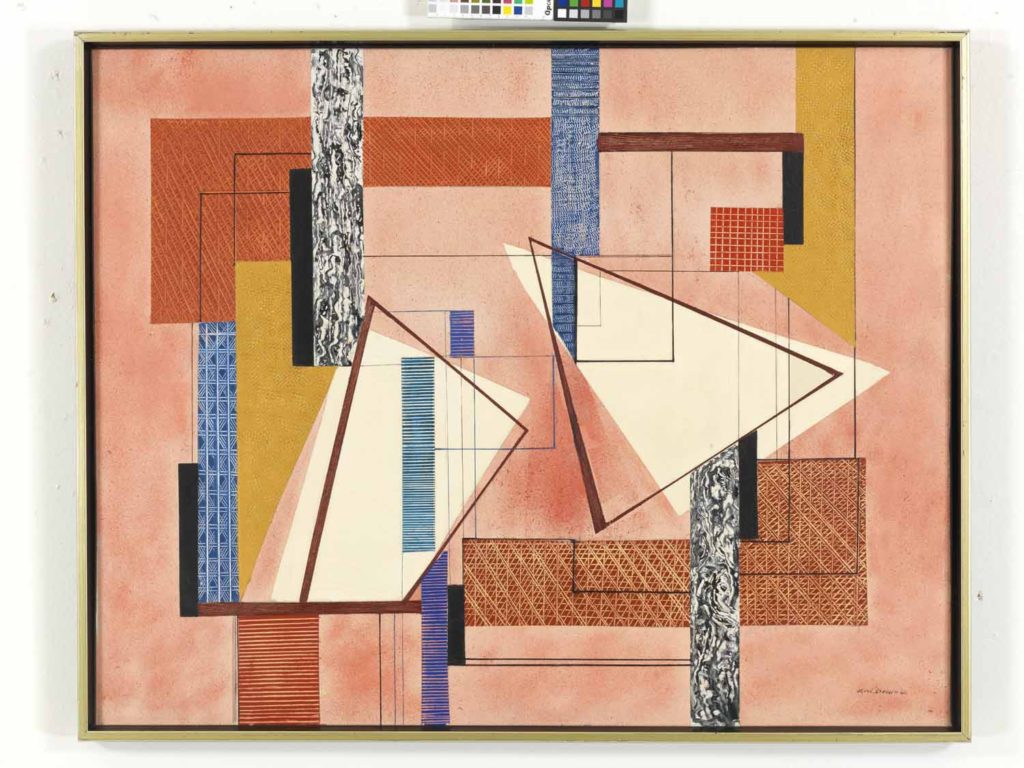 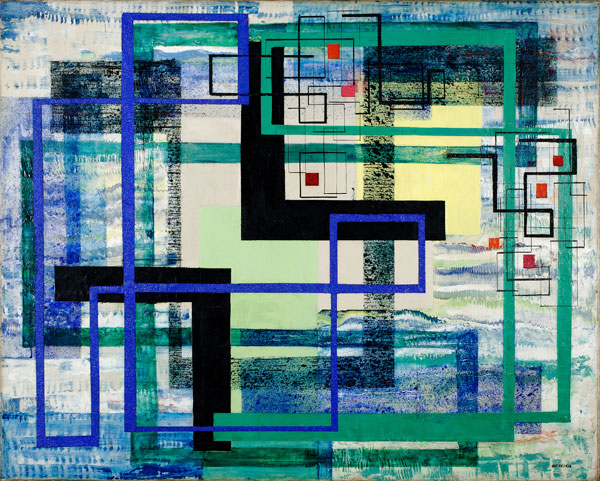 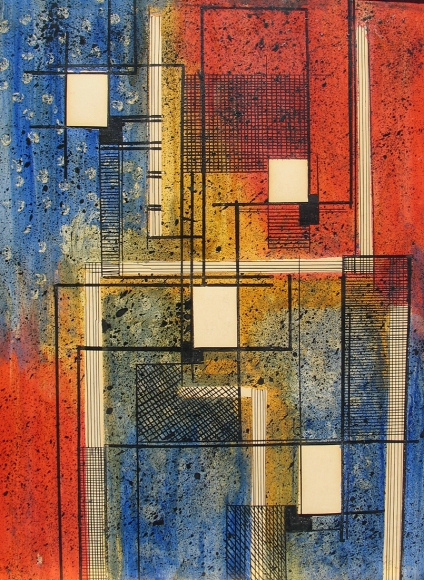