Imogen Cunningham was an American photographer known for her botanical photography, nudes, and industrial landscapes. Cunningham was a member of the California-based Group f/64, known for its dedication to the sharp-focus rendition of simple subjects. 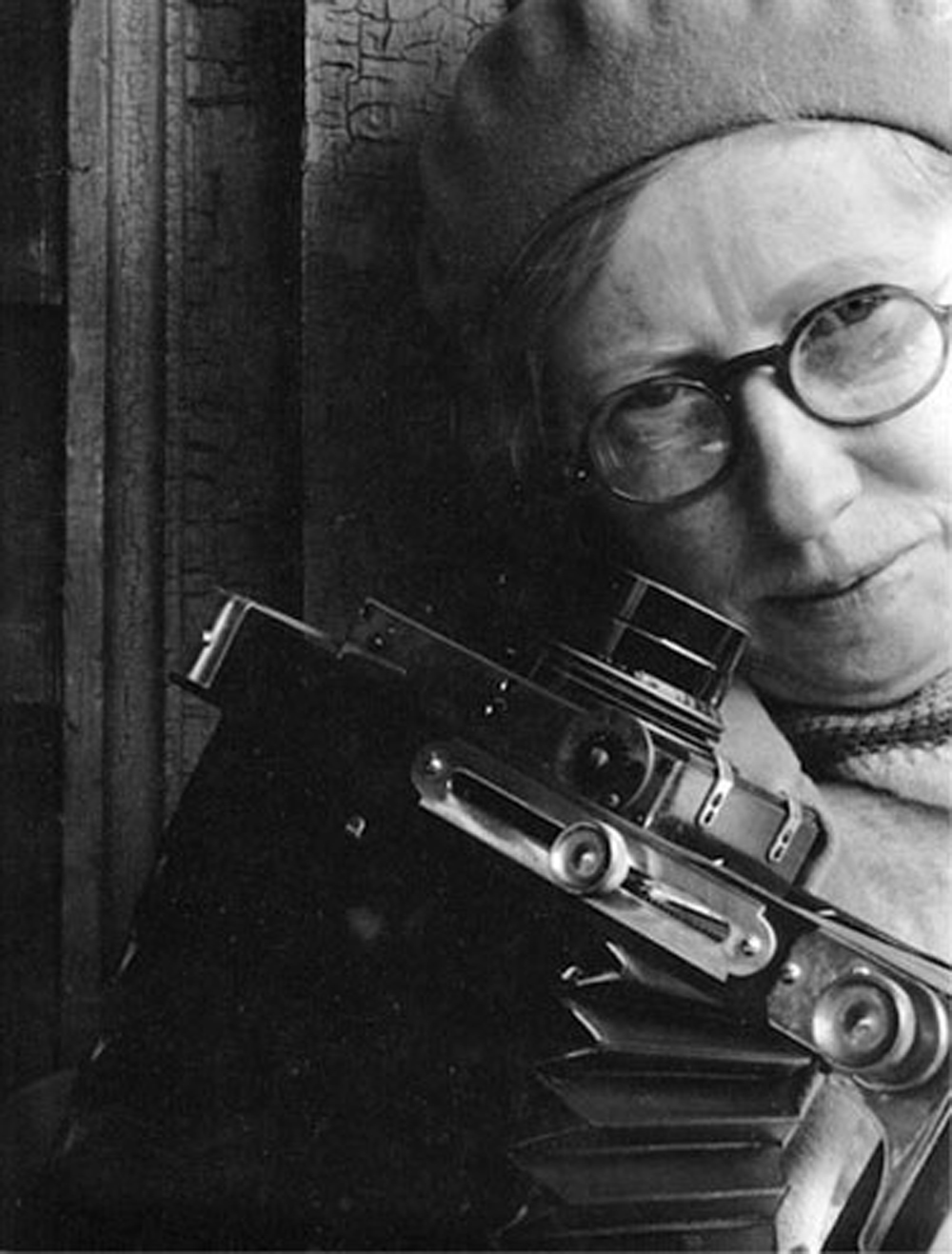 Cunningham was born in Portland, Oregon to father Isaac Burns Cunningham and mother Susan Elizabeth Cunningham (née Johnson). Her parents were from Missouri, though both of their families originally came from Virginia. Cunningham was the fifth of 10 children. She grew up in Seattle, Washington and attended the Denny School as a child.
In 1901, at the age of eighteen, Cunningham bought her first camera, a 4×5 inch view camera, via mail order from the American School of Art in Scranton, Pennsylvania.

It wasn’t until 1906, while studying at the University of Washington in Seattle, that she was inspired to take up photography again by an encounter with the work of Gertrude Käsebier. With the help of her chemistry professor, Horace Byers, she began to study the chemistry behind photography and she subsidized her tuition by photographing plants for the botany department. In 1907, Cunningham graduated from University of Washington with a degree in chemistry. Her thesis was titled “Modern Processes of Photography.”

After graduating from college in 1907, Cunningham went to work for Edward S. Curtis in his Seattle studio, gaining knowledge about the portrait business and practical photography. In 1909, Cunningham won a fellowship for foreign study from her University of Washington sorority (Pi Beta Phi). Using this fellowship, Cunningham traveled to Germany to study with Professor Robert Luther at the Technische Hochschule in Dresden, Germany. In Dresden she concentrated on her studies and didn’t take many photographs. In May 1910, she finished her paper, “About the Direct Development of Platinum Paper for Brown Tones”, describing her process to increase printing speed, improve clarity of highlights tones, and produce sepia tones.

On her way back to Seattle she met Alvin Langdon Coburn in London, and Alfred Stieglitz and Gertrude Käsebier in New York.

Back in Seattle, Cunningham opened a studio and won acclaim for portraiture and pictorial work. Most of her studio work of this time consisted of sitters in their own homes, in her living room, or in the woods surrounding Cunningham’s cottage. She became a sought after photographer and exhibited at the Brooklyn Institute of Arts and Sciences in 1913.
In 1914, Cunningham’s portraits were shown at An International Exhibition of Pictorial Photography in New York. Wilson’s Photographic Magazine published a portfolio of her work.

The next year, she married Roi Partridge, a teacher and artist. He posed for a series of nude photographs, which were shown by the Seattle Fine Arts Society. Although critically praised, Cunningham didn’t revisit those photographs for another fifty-five years. Between 1915 and 1920, Cunningham continued her work and had three children (Gryffyd, Rondal, who also became a photographer, and Padraic) with Partridge.

In 1920, the family moved to San Francisco where Partridge taught at Mills College.
Cunningham refined her style, taking a greater interest in pattern and detail and becoming increasingly interested in botanical photography, especially flowers. Between 1923 and 1925 she carried out an in-depth study of the Magnolia flower. Later in the decade she turned her attention toward industry, creating several series of industrial landscapes in Los Angeles and Oakland.

In 1929, Edward Weston nominated 10 of Cunningham’s photographs (8 botanical, 1 industrial, and 1 nude) for inclusion in the “Film und Foto” exhibition and her renowned, Two Callas, debuted in that exhibition.

Cunningham once again changed direction, becoming more interested in the human form, particularly hands, and she was fascinated with the hands of artists and musicians. This interest led to her employment by Vanity Fair, photographing stars without make-up.
In 1932, Cunningham co-founded the Group f/64, which was named for a large-format camera’s smallest aperture setting. The group included Ansel Adams, Imogen Cunningham, John Paul Edwards, Sonya Noskowiak, Henry Swift, Willard Van Dyke and Edward Weston.

In an effort to address both financial and artistic concerns, the Group f/64 decided to mount an exhibition. The loose-knit collective only had a single show, in 1932, at the De Young museum in San Francisco. They published a manifesto at the exhibition.

In 1934, Cunningham was invited to do some work in New York for Vanity Fair. Her husband wanted her to wait until he could travel with her, but she refused. They divorced that year. She continued with Vanity Fair until it stopped publication in 1936.
In the 1940s, Cunningham turned to documentary street photography, which she executed as a side project while supporting herself with her commercial and studio photography. In 1945, Cunningham was invited by Ansel Adams to accept a position as a faculty member for the art photography department at the California School of Fine Arts. Dorothea Lange and Minor White joined as well.

In 1964, Imogen Cunningham met the photographer Judy Dater while leading a workshop focusing on the life and work of Edward Weston in Big Sur Hot Springs, California which later became the Esalen Institute. Dater was greatly inspired by Cunningham’s life and work. Cunningham is featured in one of Dater’s most popular photographs Imogen and Twinka at Yosemite, which depicts elderly Cunningham encountering nude model Twinka Thiebaud behind a tree in Yosemite National Park. The two shared an interest in portraiture and remained friends until Cunningham’s death in 1976. Three years later, Dater published Imogen Cunningham: A Portrait, containing interviews with many of Cunningham’s photographic contemporaries, friends, and family along with photographs by both Dater and Cunningham.

Imogen Cunningham died of natural causes on June 23, 1976 at the age of 93. She continued working up until just a few days before she died. 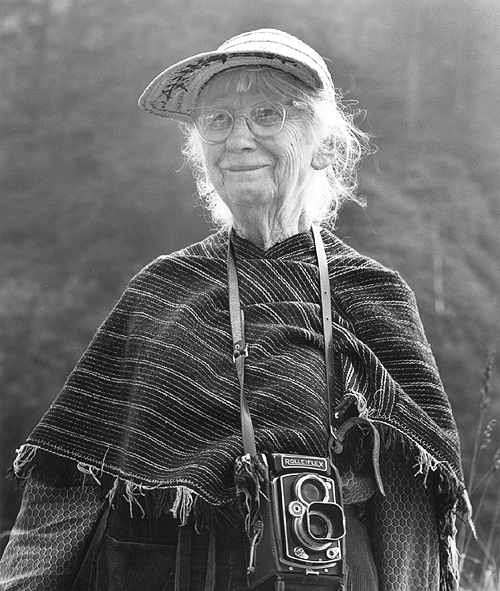