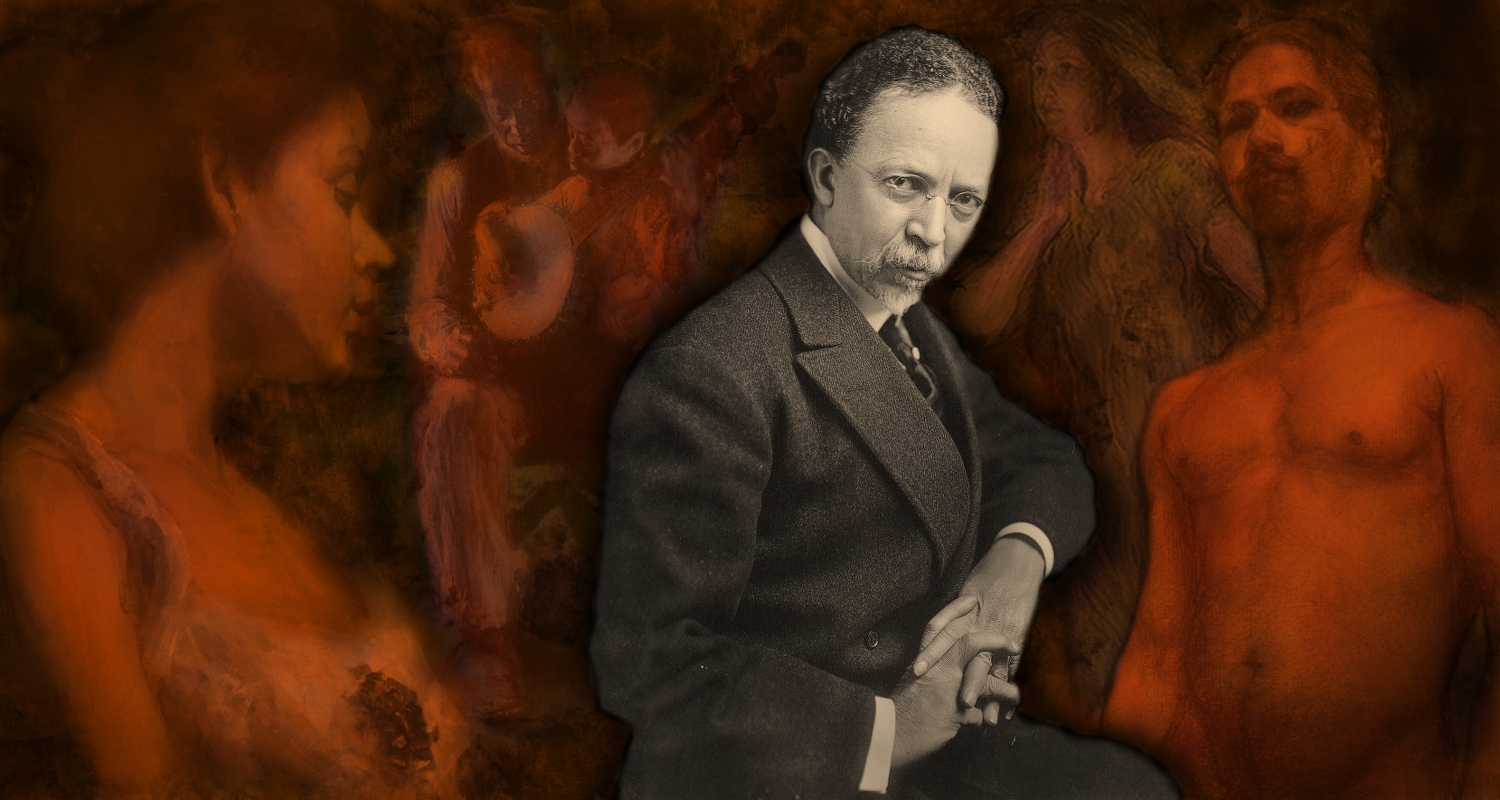 Henry Ossawa Tanner (June 21, 1859 – May 25, 1937) was an American artist. He was the first African-American painter to gain international acclaim. He moved to Paris in 1891 to study, and decided to stay there, being readily accepted in French artistic circles. His painting entitled Daniel in the Lions’ Den was accepted into the 1896 Salon. 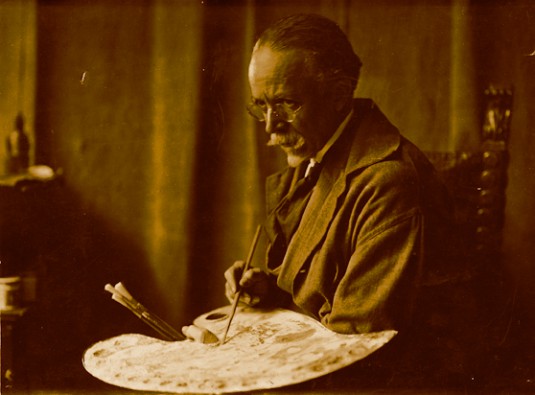 Tanner was born in Pittsburgh, Pennsylvania. His father Benjamin Tucker Tanner (1835-1923) was a bishop in the African Methodist Episcopal Church, the first independent black denomination in the United States. Being educated at Avery College and Western Theological Seminary in Pittsburgh, he developed a literary career. In addition, he was a political activist. His mother Sarah Tanner was born into slavery but had escaped to the North via the Underground Railroad. The family moved to Philadelphia when Tanner was young. There his father became a friend of Frederick Douglass, sometimes supporting him, sometimes criticizing.

After practicing painting on his own for a few years, he decided to make art his career. Although many artists refused to accept an African-American apprentice, in 1879 Tanner enrolled at the Pennsylvania Academy of the Fine Arts in Philadelphia, becoming the only black student.

His decision to attend the school came at an exciting time in the history of artistic institutional training. Art academies had long relied on tired notions of study devoted almost entirely to plaster cast studies and anatomy lectures. This changed drastically with the addition of Thomas Eakins as Professor of Drawing and Painting to the Pennsylvania Academy. Eakins encouraged new methods such as study from live models, direct discussion of anatomy in male and female classes, and dissections of cadavers to further familiarity and understanding of the human body. Eakins’s progressive views and ability to excite and inspire his students would have a profound effect on Tanner. The young artist proved to be one of Eakins’ favorite students; nearly two decades after Tanner left the Academy, Eakins painted his portrait, making him one of a handful of students to be so honored.

Although he gained confidence as an artist and began to sell his work, he had to deal with racism in Philadelphia. It had traditionally had strong ties to the South through numerous planter families and commercial ties. After the Civil War, many African Americans left the rural South and settled in Northern urban centers, at times coming into conflict with the increasing population of immigrants from Ireland, southern and eastern Europe. Although painting became a therapeutic source of release for Tanner, the lack of acceptance in society was painful. In his autobiography The Story of an Artist’s Life, Tanner describes the burden of racism: “I was extremely timid and to be made to feel that I was not wanted, although in a place where I had every right to be, even months afterwards caused me sometimes weeks of pain. Every time any one of these disagreeable incidents came into my mind, my heart sank, and I was anew tortured by the thought of what I had endured, almost as much as the incident itself.”

In an attempt to gain artistic acceptance, Tanner left America for France in late 1891. Except for occasional brief returns home, he spent the rest of his life there. In Paris, he studied at the Académie Julian, and also joined the American Art Students Club of Paris. The progressive city was a welcome escape for Tanner; within French art circles the issue of race mattered little. Tanner acclimated quickly to Parisian life.

In Paris, Tanner was introduced to many new artists whose works would affect the way in which he painted. At the Louvre, Tanner encountered and studied the works of Gustave Courbet, Jean-Baptiste Chardin and Louis Le Nain. These artists had painted scenes of ordinary people in their environment and the effect in Tanner’s work is noticeable. The influence of Courbet’s The Stonebreakers (1850; Destroyed) can be seen in the similarities painted by Tanner in his The Young Sabot Maker (1895). Both paintings explore the theme of apprenticeship and hand labor.

He studied under renowned artists such as Jean Joseph Benjamin Constant and Jean-Paul Laurens. With their guidance, Tanner began to establish a reputation. He settled at the Étaples art colony in Normandy. Earlier Tanner painted marine scenes that showed man’s struggle with the sea, but by 1895 he was creating mostly religious works.

In 1893 on a short return visit to the United States, Tanner painted his most famous work, The Banjo Lesson, while in Philadelphia. The painting shows an elderly black man teaching a boy, assumed to be his grandson, how to play the banjo. This deceptively simple-looking work explores several important themes. Blacks had long been stereotyped as entertainers in American culture, and the image of a black man playing the banjo appears throughout American art of the late 19th century. Whereas these images were often reduced to a minstrel-type portrayal, Tanner painted a sensitive reinterpretation. Instead of a generalization, the painting portrays a specific moment of human interaction. The two characters concentrate intently on the task before them. They seem to be oblivious to the rest of the world, which enlarges the sense of real contact and cooperation. The skillfully painted portraits of the individuals make it obvious that these are real people and not types.

In addition to being a meaningful exploration of human qualities, the piece is masterfully painted. Tanner undertakes the difficult endeavor of portraying two separate and varying light sources. A natural white, blue glow from outside enters from the left while the warm light from a fireplace is apparent on the right. The figures are illuminated where the two light sources meet; some have hypothesized this as a manifestation of Tanner’s situation in transition between two worlds, his American past and his newfound home in France.

In 1896, his painting entitled Daniel in the Lions’ Den was accepted into the Salon. Later that year he painted The Resurrection of Lazarus. The critical praise for this piece solidified Tanner’s position in the artistic elite and heralded the future direction of his paintings, which treated mostly biblical themes. Upon seeing The Resurrection of Lazarus, art critic Rodman Wanamaker offered to cover an all expenses-paid trip for Tanner to the Middle East. Wanamaker felt that any serious painter of biblical scenes needed to see the environment firsthand and that a painter of Tanner’s caliber was well worth the investment.

Tanner quickly accepted the offer. Before the next Salon opened, Tanner set forth for Palestine. Explorations of various mosques and biblical sites as well as character studies of the local population allowed Tanner to further his artistic training. His paintings developed a powerful air of mystery and spirituality.

In 1899 he married Jessie Olsson, a white Swedish-American opera singer. A contemporary, Virginia Walker Course, described their relationship as one of equal talents, but racist attitudes insisted the relationship was unequal: “Fan, did you ever hear of a miss [sic] Olsson of Portland? She has a beautiful voice I believe and came to Paris to cultivate it and she has married a darkey artist […] He is an awefully [sic] talented man but he is black. […] She seems like a well educated girl and really very nice but it makes me sick to see a cultivated woman marry a man like that. I don’t know his work but he is very talented they say.” Jessie Tanner died in 1925, twelve years before her husband, and he grieved her deeply through the twenties. He sold the family home in Les Charmes where they had been so happy together. The couple had one son, Jesse, who as a child, was described as a “blond, curly haired boy,” and who grew up and lived in Paris, eventually becoming a writer, most notably for the manuscripts regarding his father’s life.

During World War I, he worked for the Red Cross Public Information Department, at which time he also painted images from the front lines of the war. His works featuring African-American troops were rare during the war. In 1923 the French state made him a Chevalier of the Legion of Honor and considered this “citation by the French government to be the greatest honor of his illustrious career.” 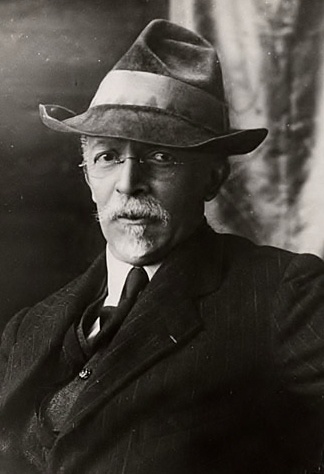 Tanner died peacefully in Paris, France on May 25, 1937. He was buried next to his beloved wife Jessie, in Sceaux, Hauts-de-Seine.

Tanner’s Sand Dunes at Sunset, Atlantic City (c. 1885 oil on canvas) hangs in the Green Room at the White House; it is the first painting by an African-American artist to be purchased for the permanent collection of the White House. The painting is a landscape with a “view across the cool gray of a shadowed beach to dunes made pink by the late afternoon sunlight. A low haze over the water partially hides the sun.” It was purchased for $100,000 by the White House Endowment Fund during the Bill Clinton administration from Dr. Rae Alexander-Minter, grandniece of the artist.