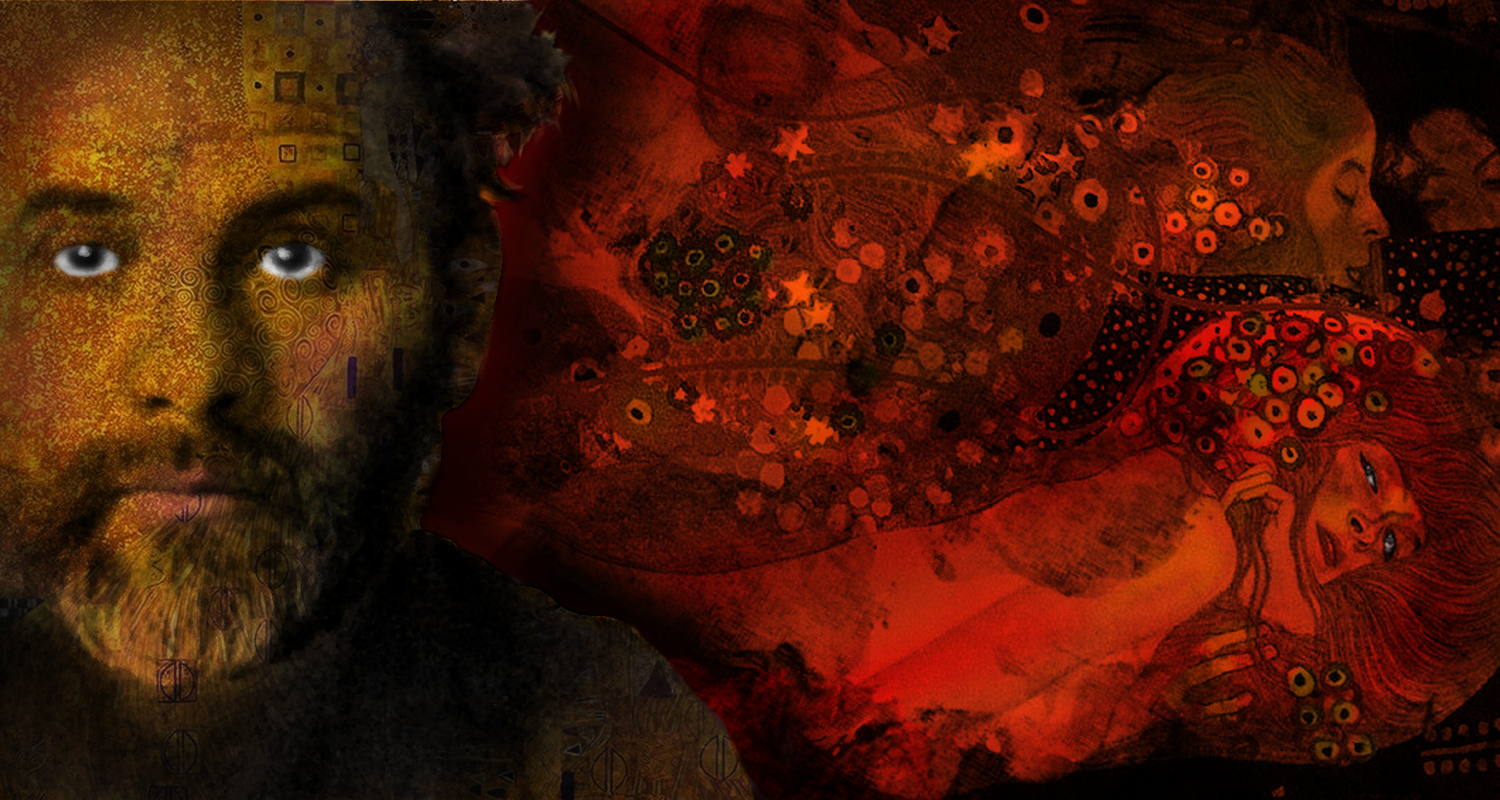 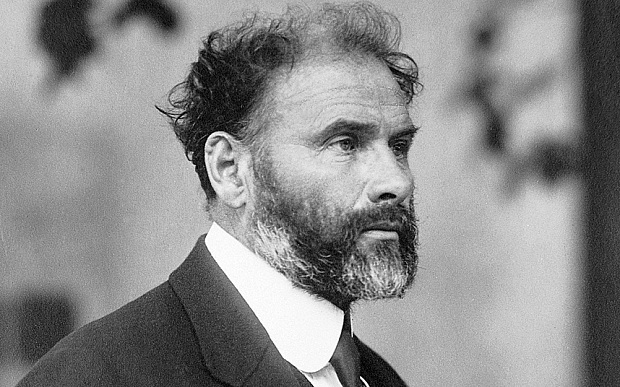 Gustav Klimt was born on the outskirts of Vienna, Austria, on July 14, 1862. His father, Ernst, was a struggling gold engraver who had immigrated to Vienna from Bohemia, and his mother, Anna, was musically talented, although she had never realized her dream of becoming a professional musician. Perhaps genetically predisposed to the arts, then, Klimt displayed a notable talent from an early age, and at 14 years old left his normal school to attend the Vienna School of Arts and Crafts on a full scholarship, no small matter considering both his youth and the relative poverty in which he had been raised.

While at the institution, Klimt received a conservative, classical training that he readily accepted, and he focused his studies on architectural painting. His early ambition as an artist was to simply become a drawing teacher. Klimt’s horizons began to broaden, however, when his budding talent earned him various small commissions while he was still in school, and after his graduation in 1883, he opened a studio with his younger brother Ernst and their mutual friend Franz Masch.

Calling themselves the Company of Artists, the trio agreed to focus their work on murals and also to set aside any personal artistic inclinations in favor of the historical style popular among Vienna’s upper class and aristocracy at that time. That decision proved to be a good one, as it not only won them numerous commissions to paint churches, theaters and other public spaces, but also allowed them to work interchangeably on their projects. Their most notable works during this time were the mural at the Vienna Burgtheater, and the ceiling above the staircase at the Kunsthistorisches Museum. The group was honored for their achievements in 1888 when they received the Golden Order of Merit from Austro-Hungarian Emperor Franz Josef I.

In 1890, the Klimt brothers and Masch joined the Vienna Artists’ Association, a conservative art group that controlled the majority of the exhibitions in the city. But although Gustav Klimt continued to align himself with the more traditional factions of the art world, he was soon to experience changes in his personal life that would send him off on a path all his own.

In 1891, Gustav’s brother Ernst married a woman named Helene Flöge, and that same year, Gustav painted a portrait of her sister, Emilie for the first time. This first meeting marked the beginning of what would be a lifelong friendship and one that would have a meaningful impact on the direction of Klimt’s later work.

But it was the personal tragedy of the following year that would have the most significant influence on the course of Klimt’s art when his father, Ernst Sr., died in July, and treasured younger brother Ernst, died in December. Profoundly affected by their passing, Klimt began to reject the naturalistic trappings of his training in favor of a more personal style, one that relied heavily on symbolism and drew from a wide range of influences.

With the passing of his brother, and the direction in which Gustav’s style was heading, the Company of Artists was growing steadily more difficult to maintain. They were still receiving commissions, however, and in 1894 were chosen to paint murals for the ceiling of the Great Hall auditorium at the University of Vienna. (In 1900, Philosophy, one of the three murals Klimt was developing, was exhibited for the first time. Featuring various nude human forms and rather unsettling and dark symbolic imagery, the work caused a scandal among the university faculty. When the other two pieces, Medicine and Jurisprudence, were exhibited in subsequent exhibitions, they were met with an equally indignant response that ultimately resulted in a petition urging that they not be installed at the school, due to their ambiguous and pornographic nature. When several years later they were still not exhibited anywhere, an incensed Klimt withdrew from the commission and returned the fee in exchange for his paintings. Tragically, in May 1945, all three paintings were destroyed by retreating SS forces.)

But continuing his quest for a more meaningful, personal artistic freedom, in 1897 Klimt and a group of like-minded artist resigned their membership in the Vienna Artists’ Association and founded a new organization known as the Vienna Secession.

Although primarily rejecting classical, academic art, the group did not focus on any one particular style, instead focusing its efforts on supporting young nontraditional artists, bringing international art to Vienna and exhibiting the works of its members. Klimt was nominated their first president, and he also served as a member of the editorial staff for its periodical, Sacred Spring. 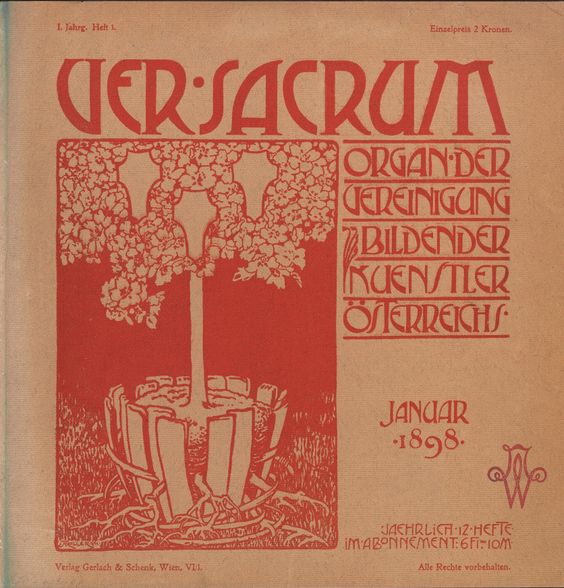 The first Vienna Secession exhibition was held the following year and was both well attended and popular. Among its featured works was Klimt’s painting of the group’s symbol, the Greek goddess Pallas Athena. In time it would come to be seen as the first in a series of works from Klimt’s best known and most successful period.

By the time the 20th century had begun, Klimt’s success was reaching its peak. Despite its rejection in Vienna, his Medicine was exhibited at the Exposition Universelle in Paris and received the Grand Prix, and in 1902 his Beethoven Frieze was exhibited to great public acclaim.

But perhaps most significant, Klimt was in the midst of what is commonly referred to as his “Golden Phase.” Beginning with his Pallas Athena in 1898, Klimt created a series of paintings that made extensive use of ornamental gold leaf and a flat, two-dimensional perspective reminiscent of Byzantine mosaics to create striking iconic figures. Among the most representative of these works are Judith (1901), Danae (1907) and The Kiss (1908).

Another of Klimt’s more famous works from this period, is the 1907 Portrait of Adele Bloch-Bauer I. Commissioned in 1903 by Bloch-Bauer’s wealthy industrialist husband, the work remained in the family’s possession until it was seized by the Nazis during World War II. Ultimately displayed in the Austrian State Gallery, the painting remained there until one of Bloch-Bauer’s nieces, Maria Altmann, filed suit against Austria for its return. Altmann won her case in 2006, and the painting was sold at auction in June of that year for $135 million, making it the most money ever paid for a work of art at auction at the time. The work’s storied past has been the subject of numerous books and documentaries, and most recently is the focus of the film Woman in Gold, which stars Helen Mirren as Maria Altmann.

Perhaps nothing can sum up Klimt’s later years and work better than his own words: “I have never painted a self-portrait. I am less interested in myself as a subject for painting than I am in other people, above all, women.” Indeed, the majority of his later work features sketches and painting of women, typically in various states of undress or full nudity. A lifelong bachelor, Klimt had countless affairs during his lifetime, frequently with his models, and fathered some 14 children along the way.

[slideshow_deploy id=’3368′]
His most enduring relationship, however, was with Emilie Flöge. Although the full nature of their friendship is unknown, they remained in each other’s company for the remainder of his life, and the paintings of landscapes that make up the bulk of his later non-portrait works were painted during summers spent with her and her family at Attersee, a lake in the Salzkammergut region of Austria.

In 1905 the Vienna Secession split into two groups, one of which formed around Klimt. That same year, he received a commission for the dining room ceiling of the Palais Stoclet, the Brussels home of a wealthy Belgian industrialist. The work was completed in 1910, and the following year his painting Death and Life received first prize at an international exhibition in Rome. Klimt considered the award among his greatest achievements.

In January 1918, Gustav Klimt suffered a stroke at the age of 55, that left him partially paralyzed. He was subsequently hospitalized, and while there contracted pneumonia, of which he died on February 6, 1918. He is buried at the Hietzing cemetery in Vienna. 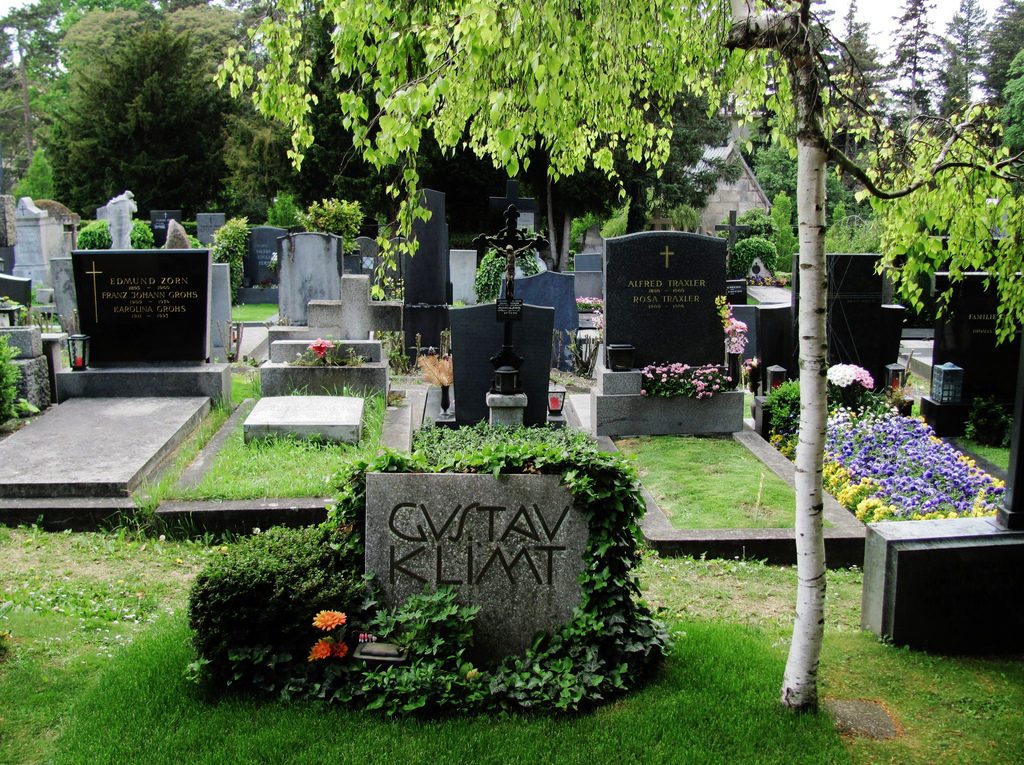 “Whoever wants to know something about me
—as an artist, the only notable thing—
ought to look carefully at my pictures
and try to see in them what I am
and what I want to do.”
—Gustav Klimt 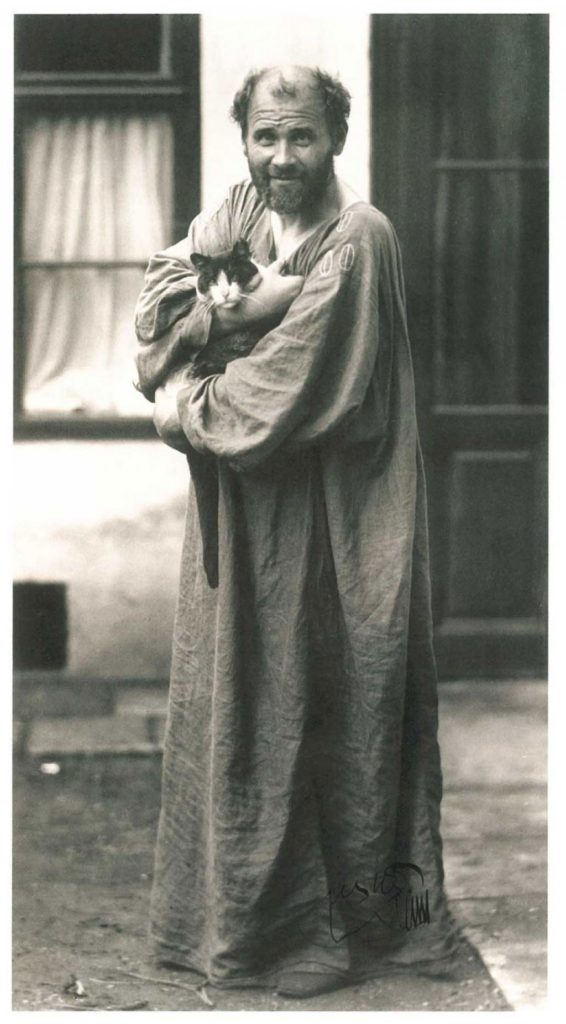