Griffon E. Ramsey (born April 23, 1980) is a performance artist, chainsaw sculptor, writer, social media star, and independent film maker based in Austin, Texas best known for her pop-culture wood sculptures which have appeared at the Australian Chainsaw Carving Championships and the Butler Chainsaw Carving Invitational. Several of her YouTube videos have attracted attention online, including her sculpting an Eastern red cedar into Groot from Guardians of the Galaxy, which accumulated over 115,000 views in three days. Her channel currently has over 3,000,000 video views and 75,000 subscribers. 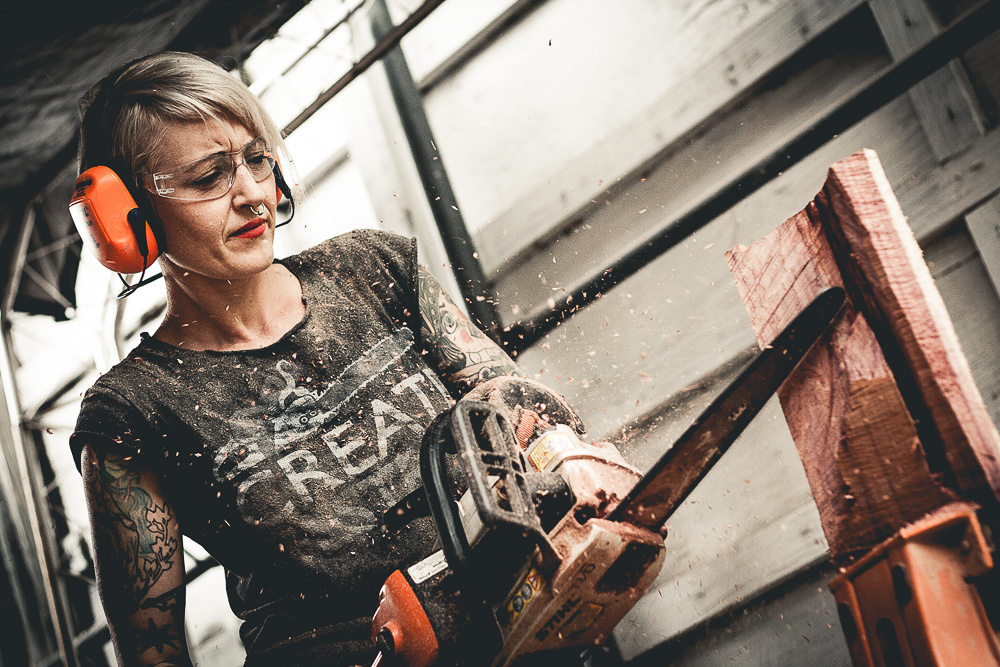 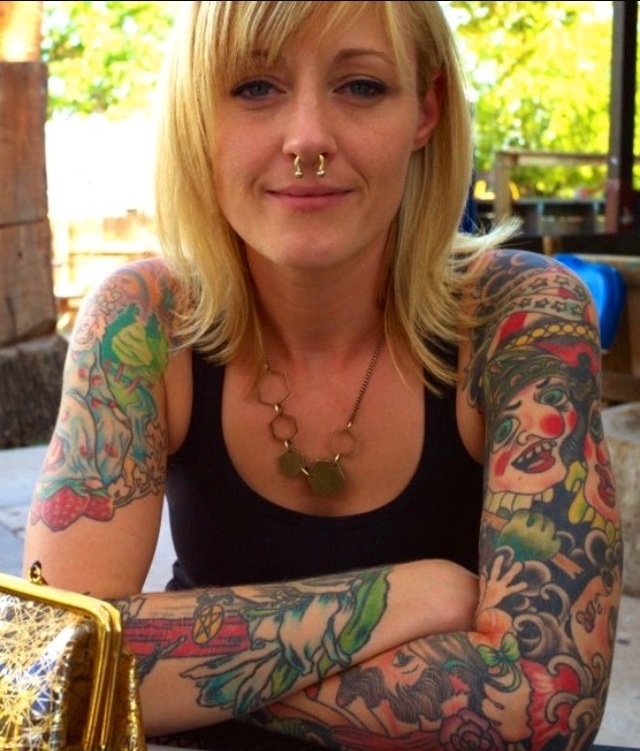 Ramsey worked for several years at Rooster Teeth Productions, during which time she created the video series “Pajamachievements” for Achievement Hunter, wrote and co-created Rooster Teeth Comics with artist Luke McKay, oversaw production design work and acted on series such as “Immersion” and “RT Shorts,” and was a frequent guest on the Rooster Teeth Podcast. She announced her departure from the company in October 2011. 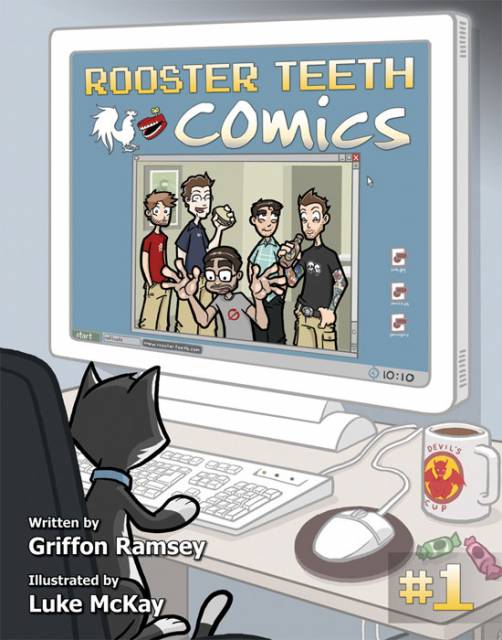 In 2013, she was the Production Designer on the indie film “Grow Up, Tony Phillips.” As of 2014, she stars in the bi-weekly Rooster Teeth series “Happy Hour” alongside her husband, Geoff Ramsey, and friend Gavin Free.

Adroit vanguard of social media, Ramsey takes suggestions for carvings from fans via her Twitter feed. She edits videos which she posts to her YouTube channel, highlighting the process behind each individual carving and explaining the motivations behind each piece. She also keeps a lively pace on Instagram, Facebook, Patreon, and more.
Ramsey draws inspiration from “street artists, folk artists, wood carvers, tinkerers, and in general, the self-taught, her work comes from a compulsive need to rearrange her environment and manifest the reality she would like to see.” Of her work, Gio Sasso commented, “Nobody thinks of a chainsaw as an elegant tool for fine detailed work but in the hands of Griffon it seems to be… Griffon is a fantastic artist in her own right.” Her original carving of an archeologist finding a genie, titled “Professor Morris Finds a Lamp,” received praise from Butler Chainsaw Carving Invitational organizer Damian Skal and was the most complicated sculpture she had completed. 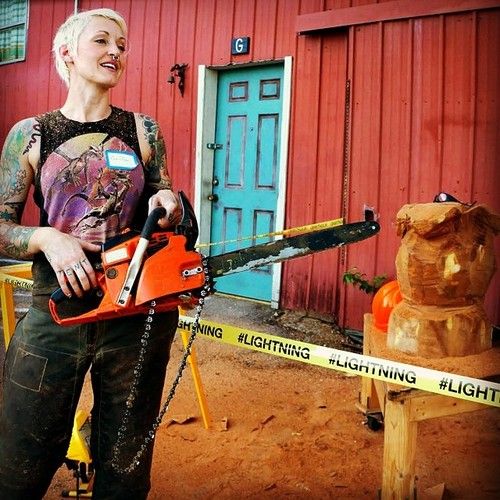 In October 2011, her carving of the Crimson Omen logo from the Gears of War franchise attracted attention from multiple gaming sites and was called “the most apropos Gears of War tribute ever” by Kotaku. 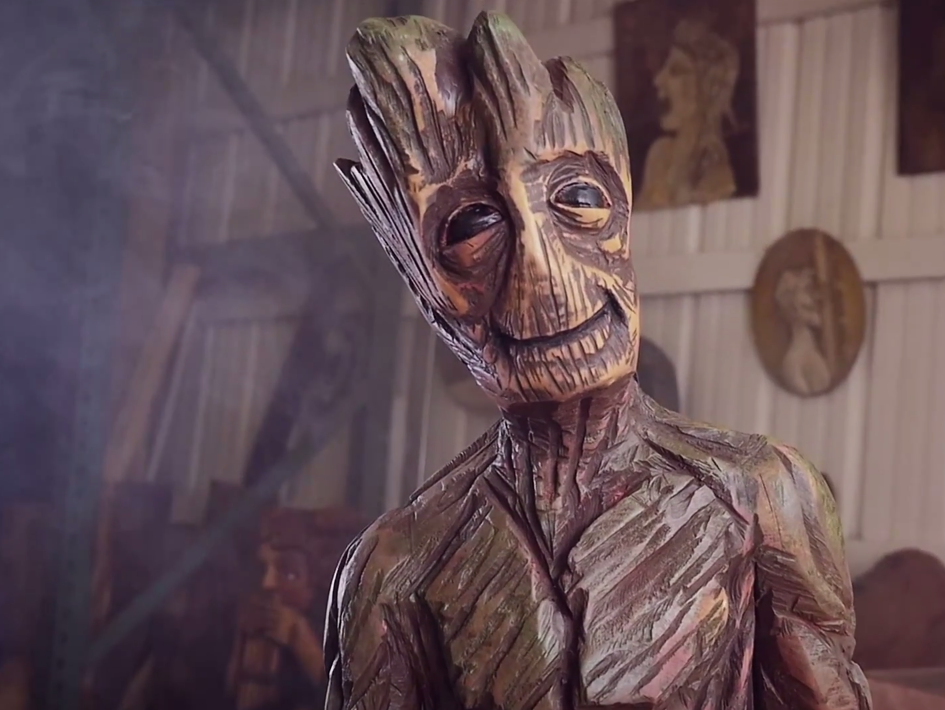 In October 2014, her video of sculpting an Eastern red cedar into Groot, based on the tree-like character from Marvel’s “Guardians of the Galaxy,” accumulated over 115,000 views in three days and was posted to many geek culture sites, including Gizmodo, io9 and Geekologie. In November 2014, she drew attention for carving Elsa from Disney’s “Frozen” after being inspired by her daughter’s love of the character. In December 2014, Ramsey was invited by Stihl to carve a special piece celebrating the company’s 40th Anniversary. 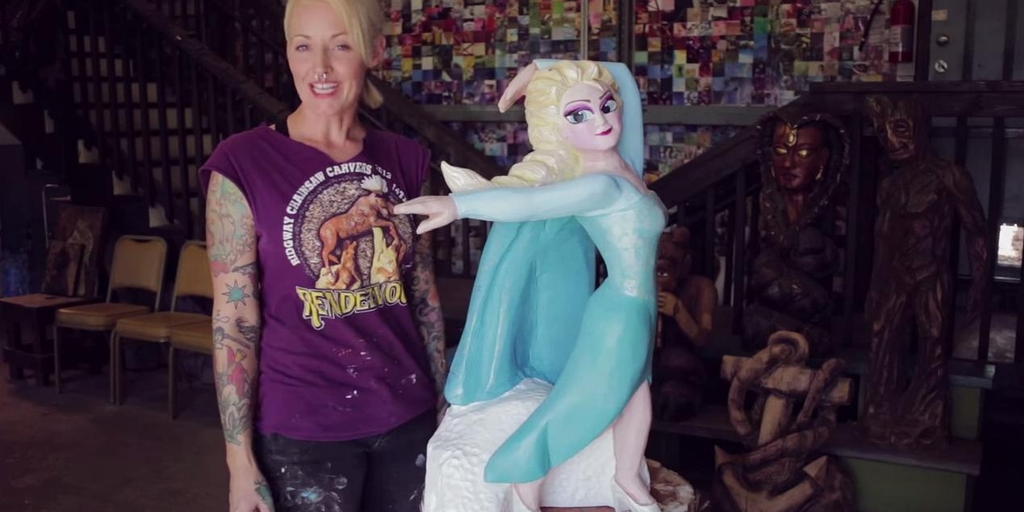 In January 2015 Ramsey participated in the Australian Chainsaw Carving Championships, carving a story book from “The Neverending Story,” for which she won the People’s Choice Award. In February 2015, she attracted attention within the gaming community for carving “Majora’s Mask,” a life-sized replica of the facepiece from “The Legend of Zelda: Majora’s Mask.” In September 2015 Ramsey participated in the Scottish Open Chainsaw Carving Championships. 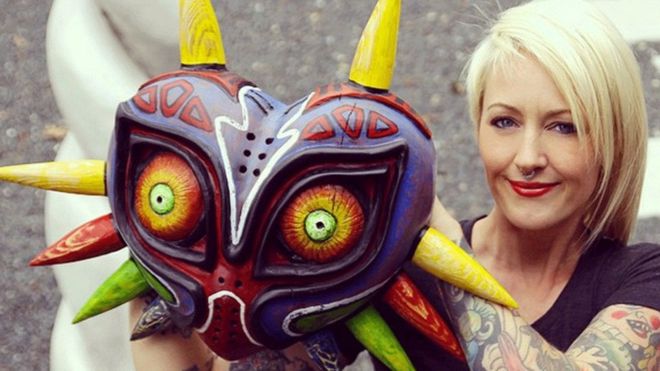