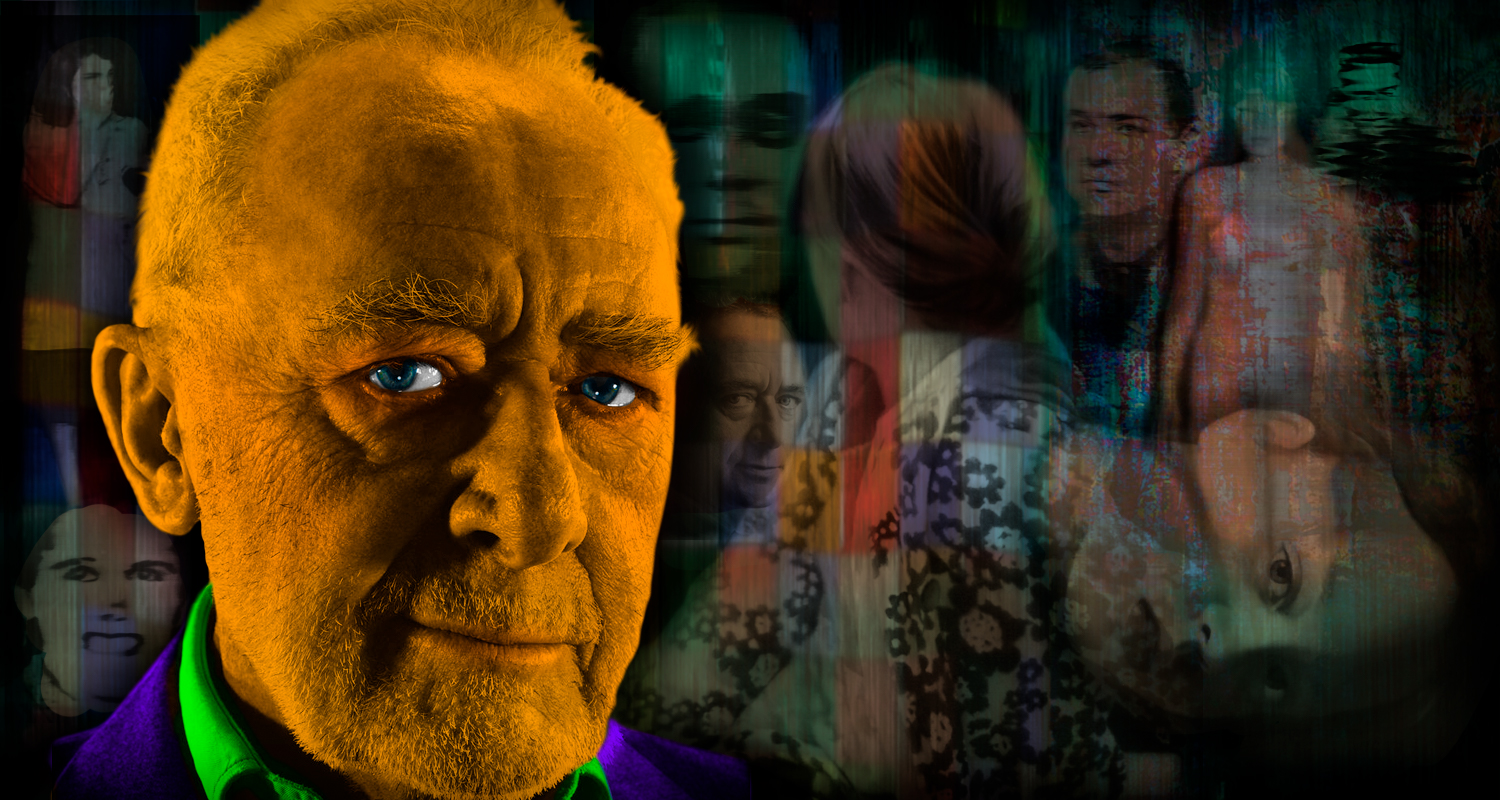 Gerhard Richter (born 9 February 1932) is a German visual artist. Richter has produced abstract as well as photorealistic paintings, and also photographs and glass pieces. His art follows the examples of Picasso and Jean Arp in undermining the concept of the artist’s obligation to maintain a single cohesive style.
In October 2012, Richter’s Abstraktes Bild set an auction record price for a painting by a living artist at $34 million (£21 million). This was exceeded in May 2013 when his 1968 piece Domplatz, Mailand (Cathedral square, Milan) was sold for $37.1 million (£24.4 million) in New York. This was further exceeded in February 2015 when his painting Abstraktes Bild sold for $44.52 million (£30.4 million) in London at Sotheby’s Contemporary Evening Sale. 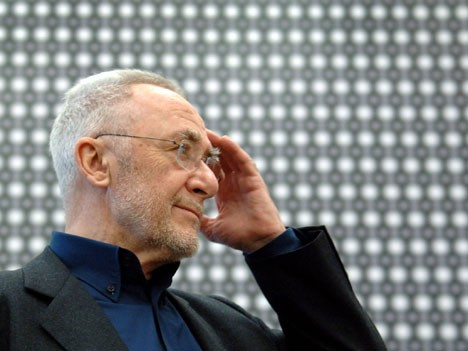 Richter was born in Hospital Dresden-Neustadt in Dresden, Saxony, and grew up in Reichenau, Lower Silesia (now Bogatynia, Poland), and in Waltersdorf (Zittauer Gebirge), in the Upper Lusatian countryside, where his father worked as a village teacher. Gerhard’s father, Horst Richter, was a mathematics and physics student at the Technische Hochschule in Dresden, when he married Hildegard Schönfelder in 1931, and Gerhard was born the following year.

After struggling to maintain a position in the new Nationalist Socialist education system, Horst found a position in Reichenau. In Reichenau, Gerhard’s younger sister, Gisela was born in November 1936. Horst and Hildegard were able to remain primarily apolitical due to Reichenau’s location in the countryside. Horst, being a teacher, was eventually forced to join the National Socialist Party. He never became an avid supporter of Nazism, and was not required to attend party rallies. In 1942, Gerhard was conscripted into the Deutsches Jungvolk, but by the end of the war he was still too young to be an official member of the Hitler Youth. In 1943 Hildegard moved the family to Waltersdorf, and was later forced to sell her piano which had great importance to her as her father had been a well known pianist. 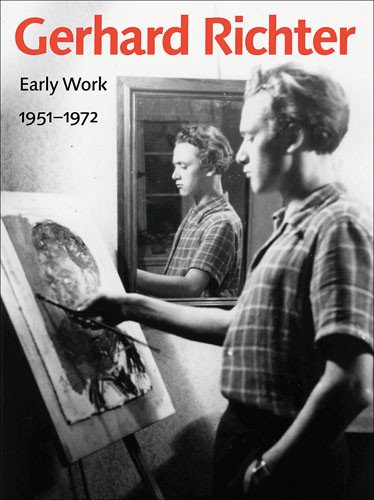 Richter married Marianne Eufinger in 1957; she gave birth to his first daughter. He married his second wife, the sculptor Isa Genzken, in 1982. Richter had a son and daughter with his third wife, Sabine Moritz after they were married in 1995. 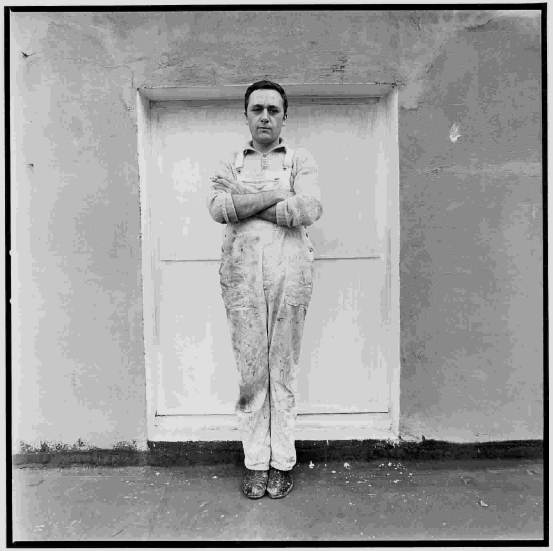 In the early days of his career, he prepared a wall painting (Communion with Picasso, 1955) for the refectory of his Academy of Arts as part of his B.A. Another mural entitled Lebensfreude (Joy of Life) followed at the German Hygiene Museum for his diploma. It was intended to produce an effect “similar to that of wallpaper or tapestry”.

Both paintings were painted over for ideological reasons after Richter escaped from East to West Germany two months before the building of the Berlin Wall in 1961. After German reunification two “windows” of the wall painting Joy of Life (1956) were uncovered in the stairway of the German Hygiene Museum, but these were later covered over when it was decided to restore the Museum to its original 1930 state. From 1957 to 1961 Richter worked as a master trainee in the academy and took commissions for the then state of East Germany. During this time, he worked intensively on murals like Arbeiterkampf (Workers’ struggle), on oil paintings (e.g. portraits of the East German actress Angelica Domröse and of Richter’s first wife Ema), on various self-portraits and on a panorama of Dresden with the neutral name Stadtbild (Cityscape), 1956.

When he escaped to West Germany, Richter began to study at the Kunstakademie Düsseldorf under Karl Otto Götz together with Sigmar Polke, HA Schult, Kuno Gonschior, Hans Erhard Walther, Konrad Lueg and Gotthard Graubner. With Polke and Konrad Fischer (de) (pseudonym Lueg) he introduced the term Kapitalistischer Realismus (Capitalistic Realism) as an anti-style of art, appropriating the pictorial shorthand of advertising. This title also referred to the realist style of art known as Socialist Realism, then the official art doctrine of the Soviet Union, but it also commented upon the consumer-driven art doctrine of western capitalism.

Richter taught at the Hochschule für bildende Künste Hamburg and the Nova Scotia College of Art and Design as a visiting professor; he returned to the Kunstakademie Düsseldorf in 1971, where he was a professor for over 15 years. In 1983, Richter resettled from Düsseldorf to Cologne, where he still lives and works today. In 1996, he moved into a studio designed by architect Thiess Marwede.

Nearly all of Richter’s work demonstrates both illusionistic space that seems natural and the physical activity and material of painting—as mutual interferences. For Richter, reality is the combination of new attempts to understand—to represent; in his case, to paint—the world surrounding us. Richter’s opinions and perspectives on his own art, and that of the larger art market and various artistic movements, are compiled in a chronological record of “Writings” and interviews. The following quotes are excerpts from the compilation: