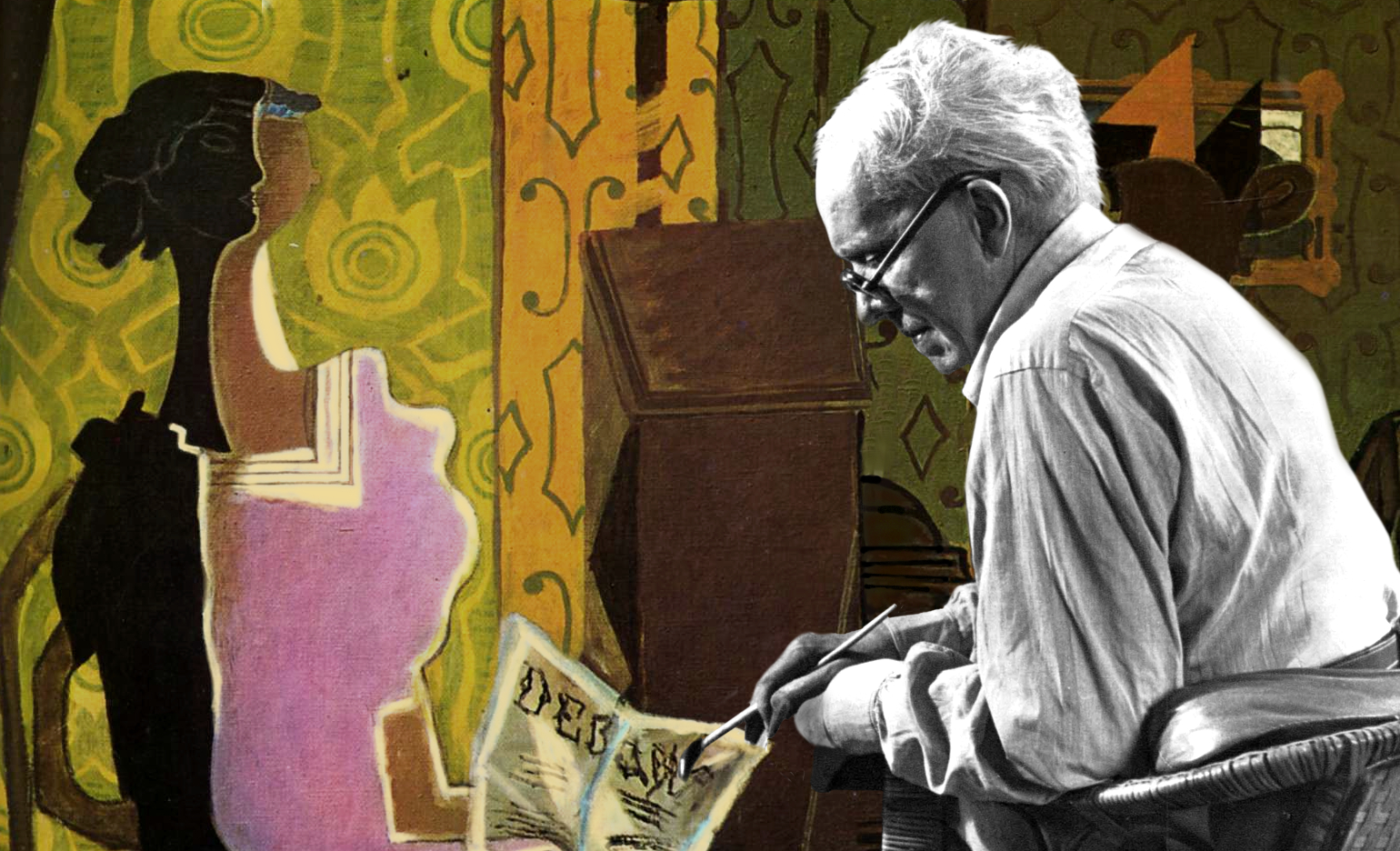 Georges Braque(13 May 1882 – 31 August 1963) was a major 20th-century French painter, collagist, draughtsman, printmaker and sculptor. His most important contributions to the history of art were in his alliance with Fauvism from 1906, and the role he played in the development of Cubism. Braque’s work between 1908 and 1912 is closely associated with that of his colleague Pablo Picasso. Their respective Cubist works were indistinguishable for many years, yet the gentle beauty of Braque was partially eclipsed by the showmanship and notoriety of Picasso. Thankfully, Braque was able to navigate through his association with his flamboyant counterpart and emerge unscathed.

Georges Braque was born on 13 May 1882 in Argenteuil, Val-d’Oise. He grew up in Le Havre and trained to be a house painter and decorator like his father and grandfather. However, he also studied artistic painting during evenings at the École des Beaux-Arts, in Le Havre, from about 1897 to 1899. In Paris, he apprenticed with a decorator and was awarded his certificate in 1902. The next year, he attended the Académie Humbert, also in Paris, and painted there until 1904. It was here that he met Marie Laurencin and Francis Picabia. 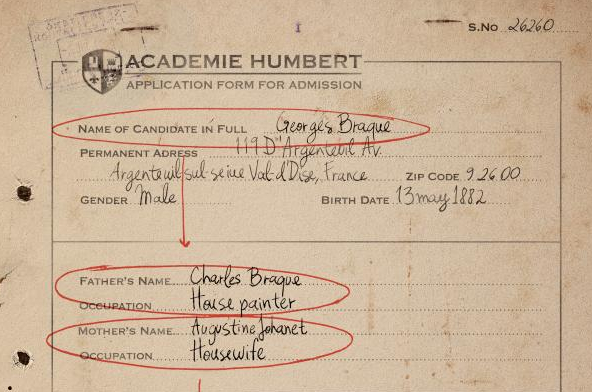 His earliest works were impressionistic, but after seeing the work exhibited by the artistic group known as the “Fauves” (Beasts) in 1905, he adopted a Fauvist style. The Fauves, a group that included Henri Matisse and André Derain among others, used brilliant colors to represent emotional response. He worked most closely with the artists Raoul Dufy and Othon Friesz, who shared his hometown of Le Havre, to develop a somewhat more subdued Fauvist style. In 1906, he traveled with Friesz to L’Estaque, to Antwerp, and then back home to Le Havre to paint.

In May 1907, he successfully exhibited works of the Fauve style in the Salon des Indépendants in Paris. The same year, his style began a slow evolution as he became influenced by Paul Cézanne who had died in 1906 and whose works were exhibited in Paris for the first time in a large-scale, museum-like retrospective in September 1907. The 1907 Cézanne retrospective at the Salon d’Automne greatly affected the avant-garde artists of Paris, resulting in the advent of Cubism.

Braque’s paintings of 1908–1913 reflected his new interest in geometry and simultaneous perspective. He conducted an intense study of the effects of light and perspective and the technical means that painters use to represent these effects, seeming to question the most standard of artistic conventions. In his village scenes, for example, he frequently reduced an architectural structure to a geometric form approximating a cube, yet rendered its shading so that it looked both flat and three-dimensional by fragmenting the image. He showed this in the painting “Houses at l’Estaque.”

Beginning in 1909, he began to work closely with Pablo Picasso who had been developing a similar proto-Cubist style of painting. At the time, Pablo Picasso was influenced by Gauguin, Cézanne, African masks and Iberian sculpture while Braque was interested mainly in developing Cézanne’s ideas of multiple perspectives.

Braque’s essential subject is the ordinary objects he has known practically forever. Picasso celebrates animation, while Braque celebrates contemplation. Thus, the invention of Cubism was a joint effort between Picasso and Braque, then residents of Montmartre, Paris. Together, they were the style’s main innovators. After meeting in October or November 1907, Braque and Picasso, in particular, began working on the development of Cubism in 1908. Both artists produced paintings of monochromatic color and complex patterns of faceted form, now termed “Analytic Cubism.”

A decisive time of its development occurred during the summer of 1911, when Georges Braque and Pablo Picasso painted side by side in Céret, in the French Pyrenees, each artist producing paintings that are difficult—sometimes virtually impossible—to distinguish from those of the other. In 1912, they began to experiment with collage and Braque invented the papier collé technique.

French art critic Louis Vauxcelles used the terms “bizarre cubiques” in 1908 after seeing a picture by Braque. He described it as ‘full of little cubes’. The term ‘Cubism’, first pronounced in 1911 with reference to artists exhibiting at the Salon des Indépendants, quickly gained wide use but Picasso and Braque did not adopt it initially. Art historian Ernst Gombrich described Cubism as “the most radical attempt to stamp out ambiguity and to enforce one reading of the picture—that of a man-made construction, a colored canvas.” The Cubist style spread quickly throughout Paris and soon after, the rest of Europe.

The two artists’ productive collaboration continued and they worked closely together until the beginning of World War I in 1914, when Braque enlisted with the French Army. In May 1915, he received a severe head injury in battle at Carency and suffered temporary blindness. He was trepanned (in other words, had a hole drilled into his skull to relieve the pressure building on his brain), and required a long period of recuperation.

Braque resumed painting in late 1916. Working alone, he began to moderate the harsh abstraction of cubism. He developed a more personal style characterized by brilliant color, textured surfaces, and—after his relocation to the Normandy seacoast—the reappearance of the human figure. He painted many still life subjects during this time, maintaining his emphasis on structure. One example of this is his 1943 work “Blue Guitar,” which hangs in the Allen Memorial Art Museum. During his recovery he became a close friend of the cubist artist Juan Gris.

He continued to work during the remainder of his life, producing a considerable number of paintings, graphics, and sculptures. In 1962 he worked with master printmaker Aldo Crommelynck to create his series of etchings and aquatints titled “L’Ordre des Oiseaux” (The Order of Birds), which was accompanied by the poet Saint-John Perse’s text.

He believed that an artist experienced beauty “… in terms of volume, of line, of mass, of weight, and through that beauty [the artist] interpret[s] [his or her] subjective impression…” He described “objects shattered into fragments… [as] a way of getting closest to the object…Fragmentation helped me to establish space and movement in space”. He adopted a monochromatic and neutral color palette in the belief that such a palette would emphasize the subject matter.

Georges Braque suffered as cerebral infarction, a type of ischemic stroke, and died on 31 August 1963 in Paris. He is buried in the cemetery of the Church of St. Valery in Varengeville-sur-Mer, Normandy whose windows he designed. His work is in most major museums throughout the world. By the time of his death in 1963, he was regarded as one of the elder statesmen of the School of Paris, and of modern art. 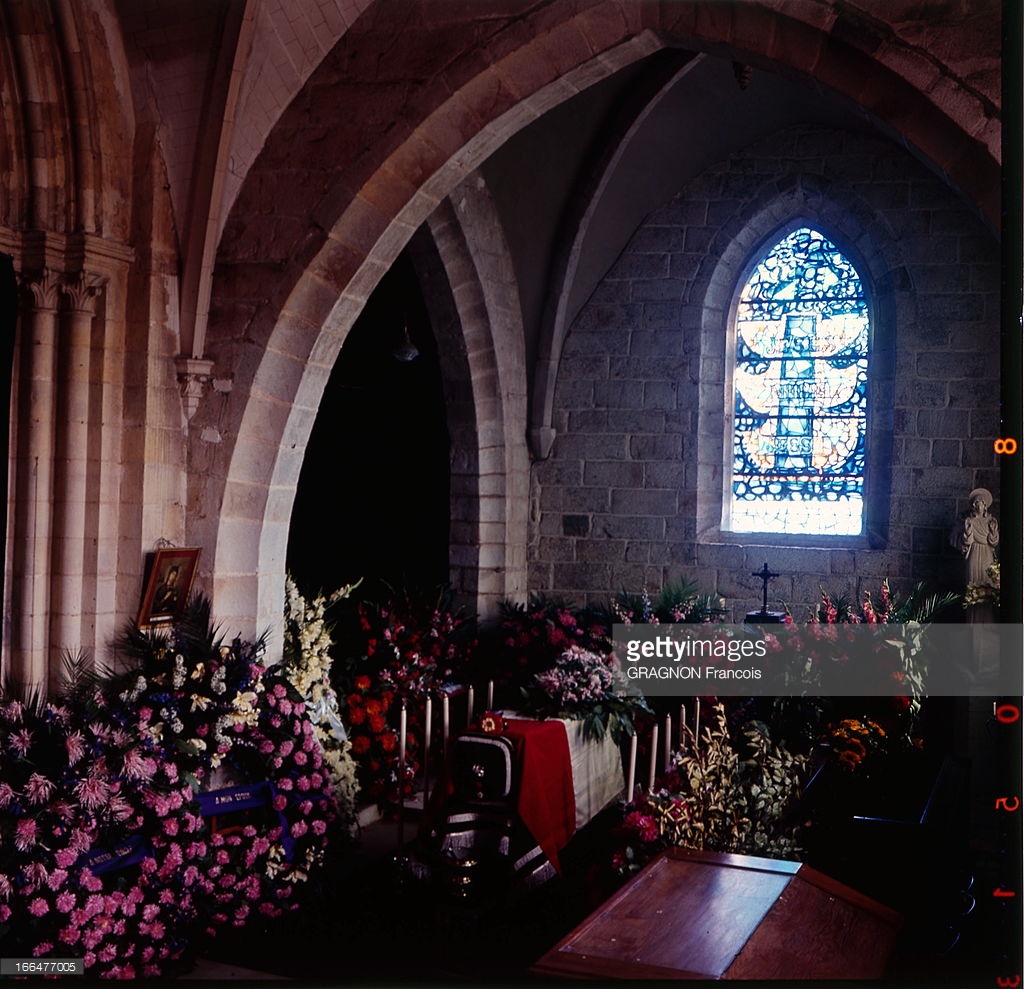 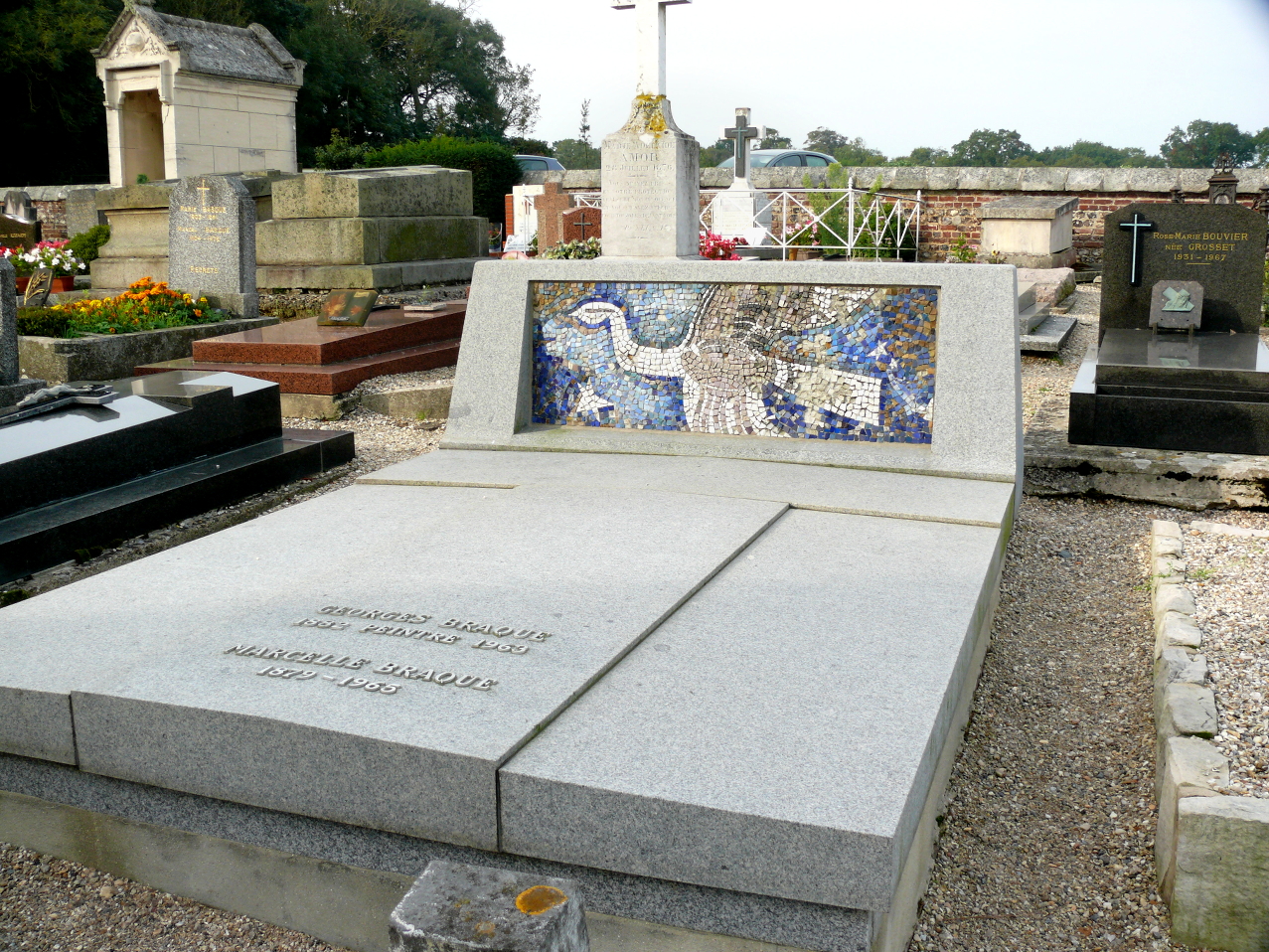