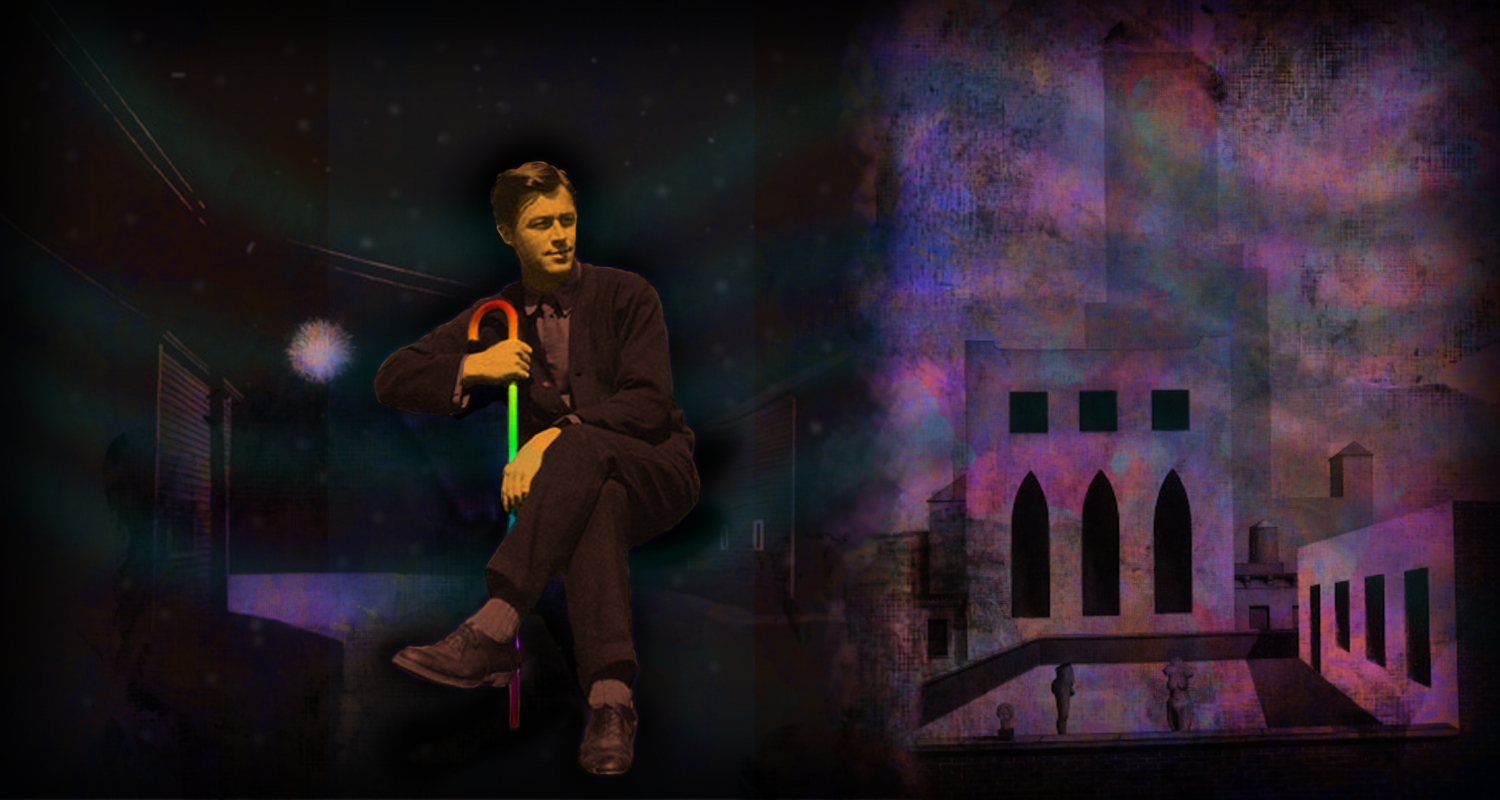 George Copeland Ault (October 11, 1891 – December 30, 1948) was an American painter. He was loosely grouped with the Precisionist movement and, though influenced by Cubism and Surrealism, his most lasting work is of a realist nature. 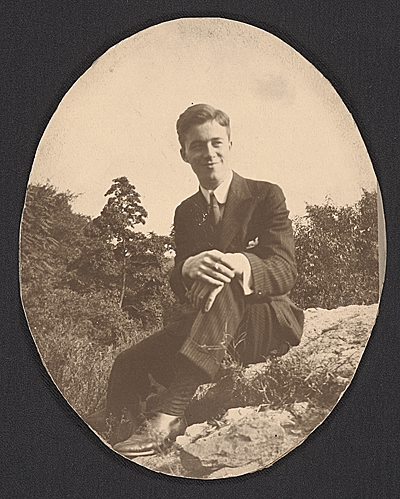 Ault was born in Cleveland, Ohio, and spent much of his youth in London, England, where his father was engaged in ink manufacturing. He studied at the Slade School of Art and St. John’s Wood School of Art (where his painting style was described as an anglicized version of Impressionism).

In 1911 he returned to the United States where he would spend the rest of his life in New York and New Jersey. He began to paint New York night scenes and architectural subjects in a spare, modernist style. He became interested in night effects, a major theme in many of his later works. His shift towards a modern painting style caused his father (an academic painter) to stop supporting him.

By the mid-1920s, financial and personal problems began to interfere with Ault’s artistic progress. The home in which he had grown up had been emotionally troubled, and these issues came to fruition at this time. His mother died in a mental institution and three of his brothers committed suicide, all within the span of only a few years. By the time of his father’s death in 1929, the family fortune was largely dissipated. These unfortunate circumstances may explain the increasing turbulence and unhappiness of Ault’s personal life.

Whatever the exact cause, during the 1920s, Ault grew neurotic and reclusive. He developed a severe case of alcoholism, almost blinding himself drinking poisonous bathtub gin. His behavior became so strange that his artist and dealer friends began to avoid him.

In 1937, Ault moved to Woodstock, New York and tried to put his difficulties in the past. Depending on his wife for income, he created some of his finest paintings during this time, but had difficulty selling them. A nearby barn, which he painted three times, was a favorite subject, symbolizing a dying, agrarian way of life in the Catskills. 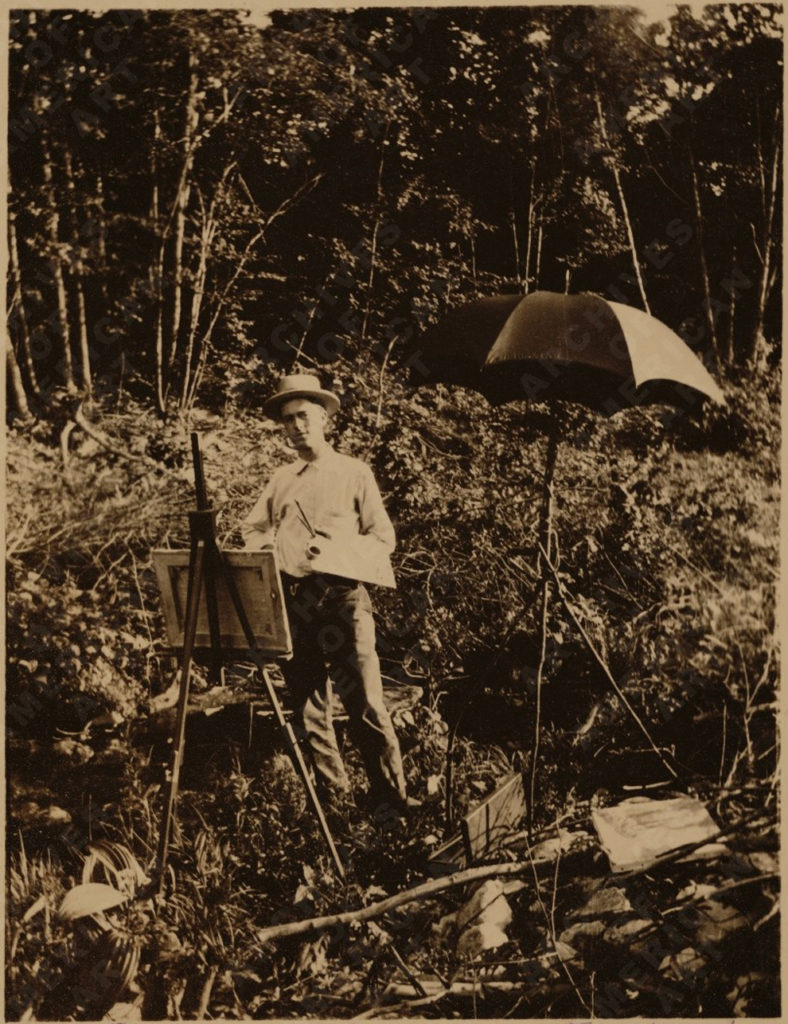 Although Ault is often grouped with Precisionists, he did not idealize modern life and machinery as outlined by the parameters of that movement. Rather, his urban landscapes, filled with a sense of disquiet and psychic distress, echo both the Italian Surrealist Giorgio de Chirico, and Albert Pinkham Ryder, the American romantic visionary. The idealist and Futurist aspects of Precisionism are not so apparent in his work—in fact, he once referred to skyscrapers as the “tombstones of capitalism”. He employed flat shapes and portrayed the underlying geometric patterns of the manmade structures that found homes on his canvases.

An analytical painter, he was especially noted for his realistic portrayal of light—especially the light of darkness—for he commonly painted nighttime scenes. The painter Henry Mattson, Ault’s neighbor, often shared ideas with him on painting nocturnes, considered a Romantic tradition and a technical challenge for landscape painters.

On December 30, 1948, Ault was on one of his reputed late night drinking binges when he disappeared while returning home along the icy banks of Woodstock Creek, which at the time was treacherously overflowing. His body was found fived days later, having drowned in the river. Many clung to the thought that it was an accident, however the coroner deemed his death a suicide. 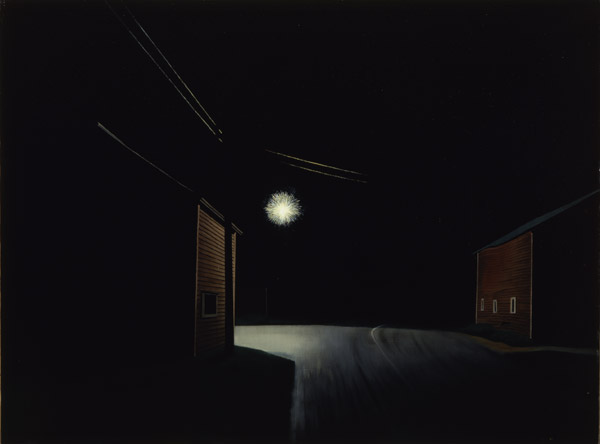