Fernando Botero is a figurative artist and sculptor from Medellín, Colombia. His signature style, also known as “Boterismo”, depicts people and figures in large, exaggerated volume, which can represent political criticism or humor, depending on the piece. He explains his use of these “large people”, as they are often called by critics, in the following way: “An artist is attracted to certain kinds of form without knowing why. You adopt a position intuitively; only later do you attempt to rationalize or even justify it.”

He is considered the most recognized and quoted living artist from Latin America, and his art can be found in highly visible places around the world, such as Park Avenue in New York City and the Champs-Élysées in Paris. Self-titled “the most Colombian of Colombian artists” early on, he came to national prominence when he won the first prize at the Salón de Artistas Colombianos in 1958. Working most of the year in Paris, in the last three decades he has achieved international recognition for his paintings, drawings and sculpture, with exhibitions across the world. His art is collected by many major international museums, corporations, and private collectors. In 2012, he received the International Sculpture Center’s Lifetime Achievement in Contemporary Sculpture Award.

Fernando Botero was born the second of three sons. His father died of a heart attack when Fernando was four, his mother worked as a seamstress. An uncle took a major role in his life. Although isolated from art as presented in museums and other cultural institutes, Botero was influenced by the Baroque style of the colonial churches and the city life of Medellín while growing up. He received his primary education in Antioquia Ateneo and, thanks to a scholarship, he continued his secondary education at the Jesuit School of Bolívar. In 1944, Botero’s uncle sent him to a school for matadors for two years. In 1948, Botero at age 16 had his first illustrations published in the Sunday supplement of the El Colombiano, one of the most important newspapers in Medellín. He used the money he was paid to attend high school at the Liceo de Marinilla de Antioquia.

His work was first exhibited in 1948, in a group show along with other artists from the region. From 1949 to 1950, he worked as a set designer, before moving to Bogotá in 1951. His first one-man show was held at the Galería Leo Matiz in Bogotá, a few months after his arrival. In 1952, he travelled with a group of artists to Barcelona, where he stayed briefly before moving on to Madrid. While in Madrid, he studied at the Academia de San Fernando. That same year he traveled to Bogotá, where he had a solo exhibit at the Leo Matiz gallery.

In 1953, Botero moved to Paris, where he spent most of his time in the Louvre, studying the works there. He lived in Florence, Italy from 1953 to 1954, studying the works of Renaissance masters. In recent decades, he has lived most of the time in Paris, but spends one month a year in his native city of Medellín. He has had more than 50 exhibits in major cities worldwide, and his work commands selling prices in the millions of dollars. In 1955 he married his first wife, Gloria Zea (who later went on to become Columbia’s Minister of Culture), with whom he had three children. In 1958, he won the ninth edition of the Salón de Artistas Colombianos.

In 1960 the couple divorced and Botero moved to New York City where he would live for the next 14 years. In 1964 he began a relationship with Cecilia Zambrano, and their son Pedro was born in 1970. In 1974, Pedro was killed in a car accident in which Botero was gravely injured, losing most of one finger and considerable mobility in his hands. He and Zambrano separate in 1975, and the artist overcomes his physical limitations through the therapy of work, memorializing his little son in numerous works.

In 1976 he marries Greek sculptor Sophia Vari. In 1983, they open a studio in Pietrasanta near the Cararra marble mines on the northern coast of Tuscany. For several months every year, they work there with the local bronze foundries and marble studios.

Botero continued to work and exhibit his works worldwide throughout the 1980’s and early nineties, but his beloved Columbia becomes a more and more dangerous place. In 1994 he barely escaped being kidnapped, and in 1995, cartel terrorists detonate a bomb under his bronze sculpture, “Bird,” during a concert in the central marketplace of his native town Medellín, killing 23 people and wounding 200. He donates a new sculpture to be installed next to the remains of the destroyed one as a message of peace.

In 1999, he is invited to present a sculpture exhibition on the Piazza della Signoria in front of the Palazzo Vecchio in the historical heart of Florence. 2004 Botero exhibited a series of 27 drawings and 23 paintings dealing with the violence in Colombia from the drug cartels. He donated the works to the National Museum of Colombia, where they were first exhibited.

In 2005 Botero gained considerable attention for his Abu Ghraib series, which was exhibited first in Europe. He based the works on reports of United States forces’ abuses of prisoners at Abu Ghraib prison during the Iraq War. Beginning with an idea he had on a plane journey, he produced more than 85 paintings and 100 drawings in exploring this concept and “painting out the poison”. The series was exhibited at two United States locations in 2007, including Washington, DC. Botero said he would not sell any of the works, but would donate them to museums. 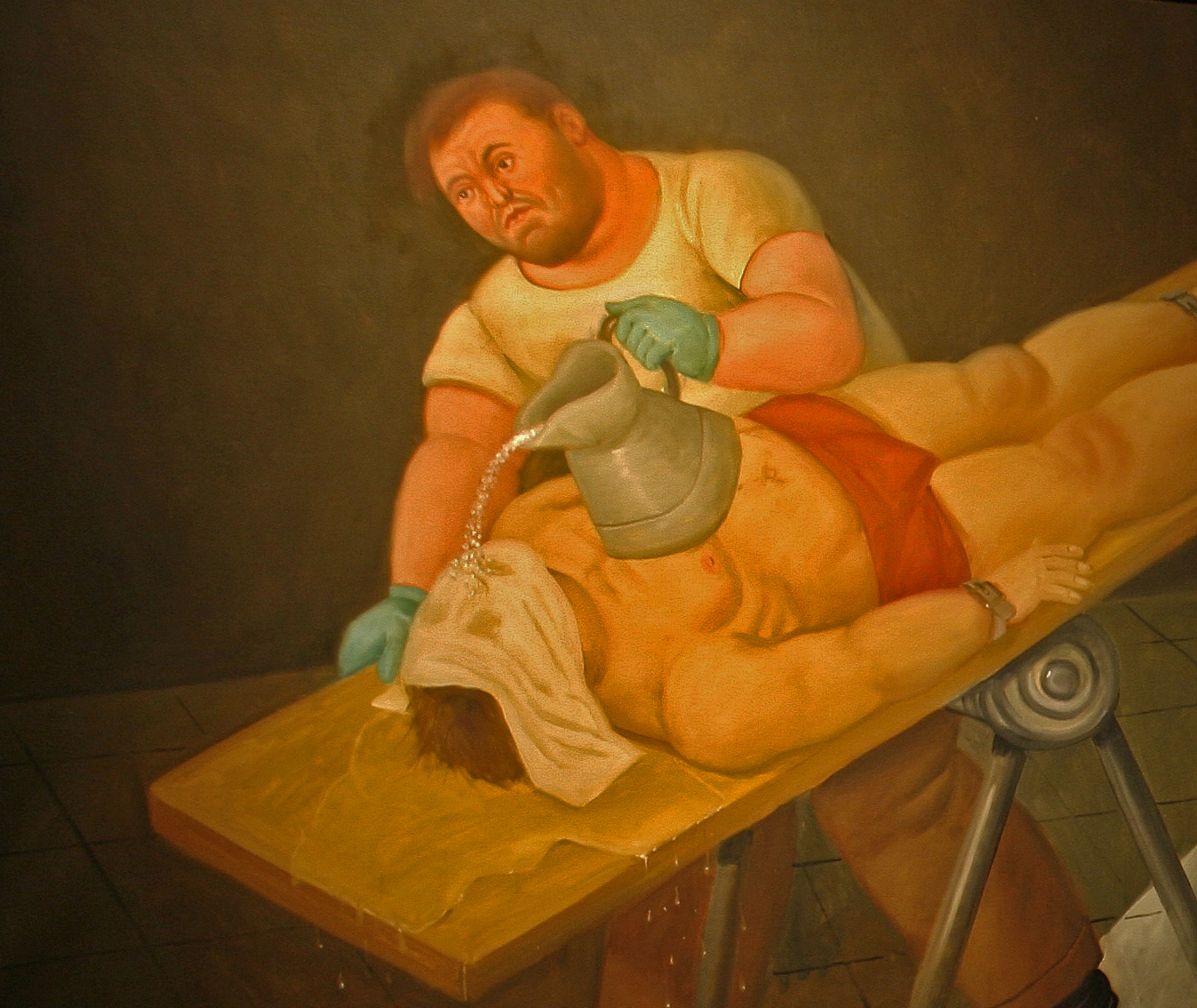 In 2006, after having focused exclusively on the Abu Ghraib series for over 14 months, he returned to the themes of his early life such as the family and maternity. In his “Une Famille” he represented the Colombian family, a subject often painted in the seventies and eighties. In his “Maternity,” he repeated a composition he already painted in 2003, being able to evoke a sensuous velvety texture that lends it a special appeal and testifies for a personal involvement of the artist. The child in the 2006 drawing has a wound in his right chest as if the Author wanted to identify him with Jesus Christ, thus giving it a religious meaning that was absent in the 2003 artwork.

In 2008 he exhibited the works of his “The Circus” collection, featuring 20 works in oil and watercolor. In a 2010 interview, Botero said that he was ready for other subjects: “After all this, I always return to the simplest things: still lifes.”

Though he spends only one month a year in Colombia, he considers himself the “most Colombian artist living” due to his isolation from the international trends of the art world. Botero and his wife Sophia live in primarily in Paris, but also have homes in New York, Monte Carlo, and Pietrasanta. Botero no longer keeps a residence in his native country as living in Colombia has become too dangerous for him. 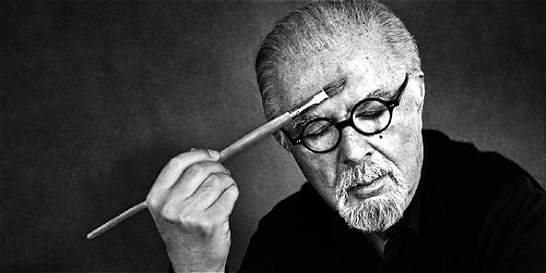