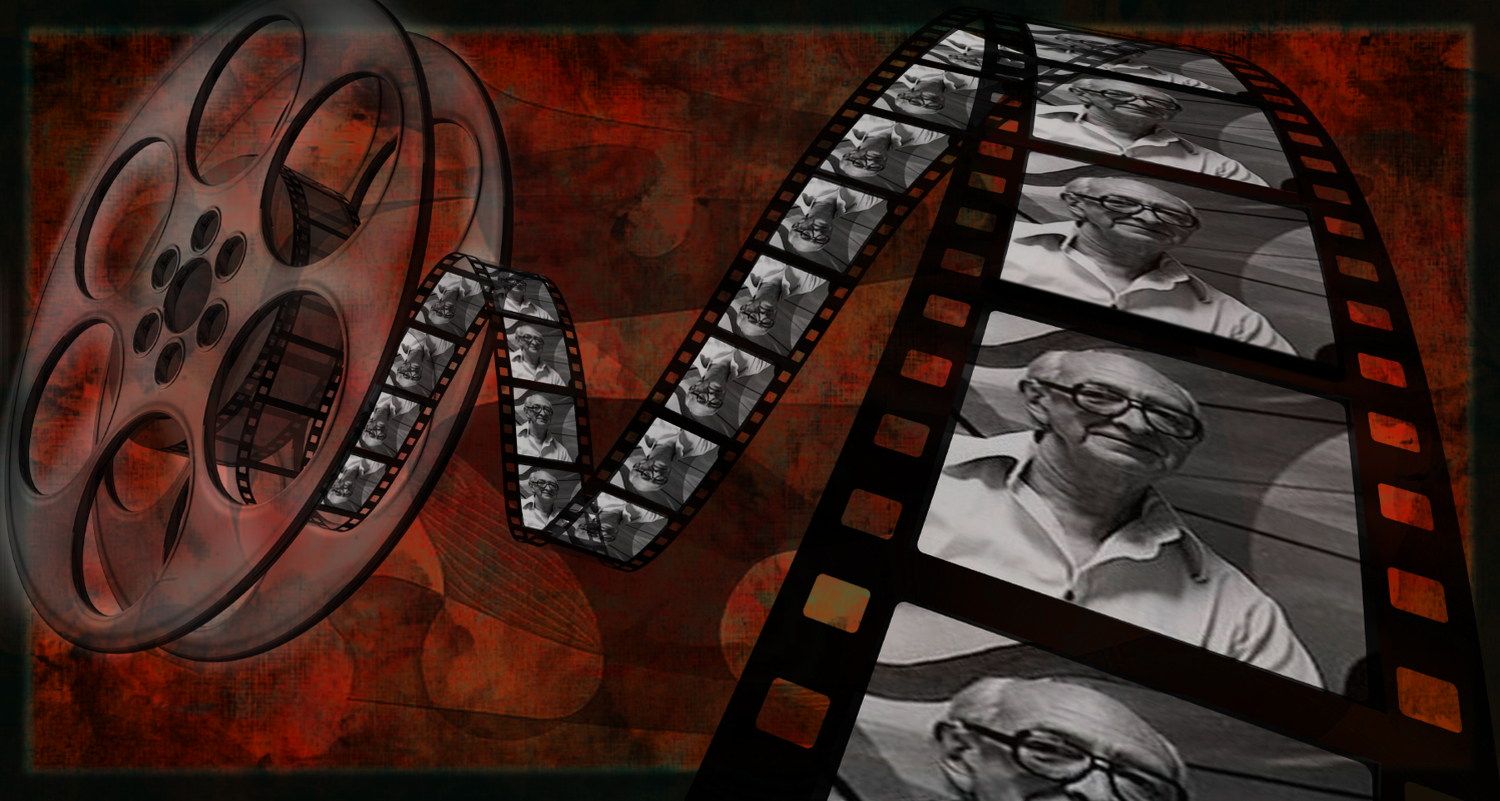 Dwinell Grant (1912-1991) was an American visual artist known for his nonobjective painting and his pioneering contributions to the field of art film. 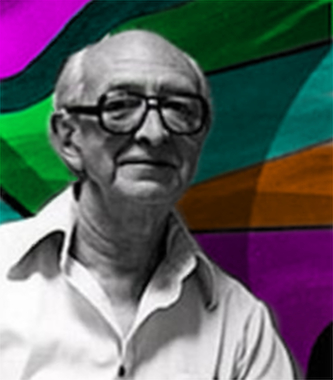 Clarence Dwinell Grant was born in Springfield, Ohio on August 11, 1912.  When he was twelve years old, he began studying landscape painting with his grandfather. Seeking further traditional training, in 1931 Grant enrolled at the Dayton Art Institute, which he discovered had modernist leanings, a style that did not much appeal to him at the time. 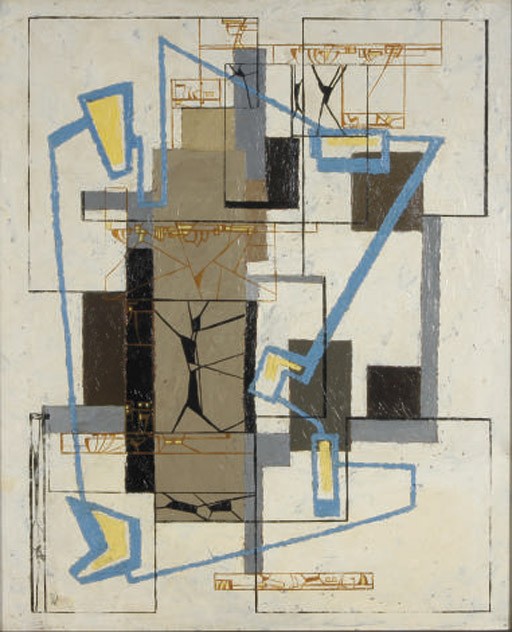 After a year, he left Dayton to go to New York where he entered the National Academy of Design in 1933. By the time he arrived in New York, he had seen the Bliss collection and had begun thinking more along the modern lines that he had originally rejected, though at the time he said his painting had not yet progressed “beyond the pointillist stage.” 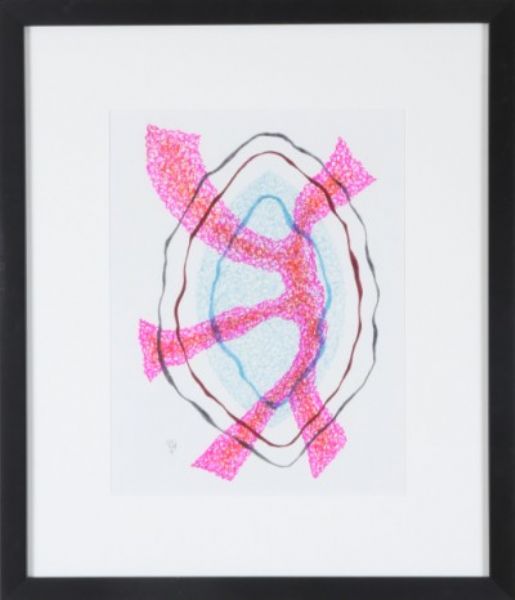 After five months, he left the National Academy and in 1935 became an instructor in art and director of dramatics at Wittenberg College in Ohio. By this time, Grant’s paintings were nonobjective, and he had come to believe that nonobjectivism “is a part of the earth itself. … In creating it we do not say something about something else, but rather we produce a rhythm which is a part of nature’s rhythm and just as deep and fundamental as a heartbeat, a thunderstorm, the sequence of day and night or the growth of a girl into womanhood. . . . Nature is not something to be commented on, it is something to be.” 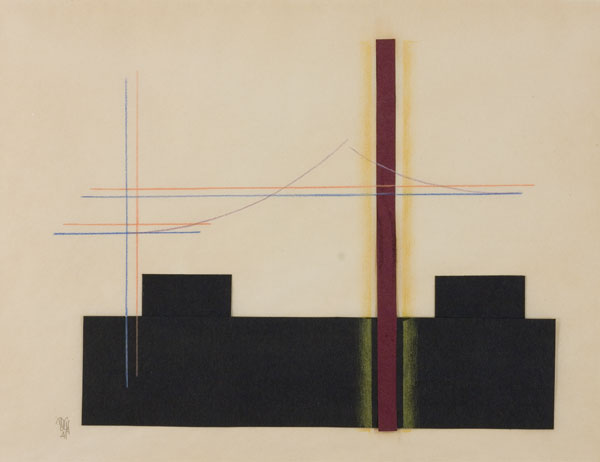 At Wittenberg, Grant had little time to paint, however his work with the drama department provided an outlet for his innovative ideas. For an experimental, symphonic drama, Grant designed and built a large, nonobjective construction, painted it gray, then lit it with colored lights controlled by dimmer switches. By varying the intensity of the lights, he found he could change the color, and therefore the mood, of the dramatic presentation. Although Grant’s avant-garde ideas soon brought him criticism at Wittenberg, his friends at the Dayton Art Institute encouraged his work, and suggested he write to Hilla Rebay at the Guggenheim Foundation for support. 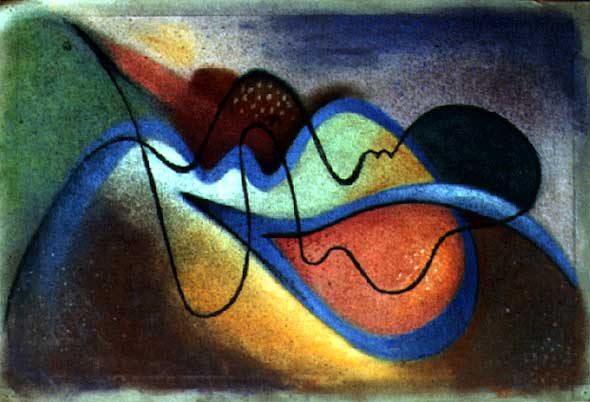 Rebay quickly became enthusiastic about Grant’s ideas and began sending him a fifteen dollar monthly stipend (which would be approximately equal to $260 in 2016) to help with the cost of materials. She arranged for Solomon Guggenheim to buy two of his drawings, and used several of his paintings in a group exhibition at the Museum of Non-Objective Painting in the summer of 1940. 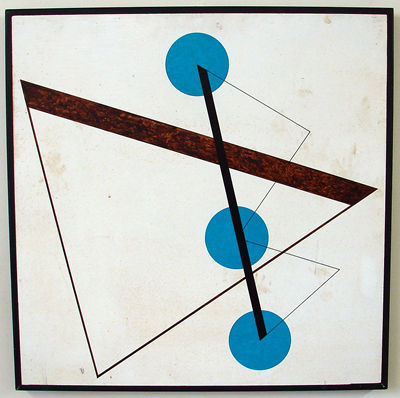 The Constructivist stage set had transformed Grant’s ambitions, and he yearned to make an experimental, nonobjective film. He wrote to Rebay, “I am no prophet. I am simply an artist who sees a neglected beauty that is bursting to be possessed. In the midst of the confusion of nationalism, here will be an art that is clean, naked and straightforward. It will be barbaric because it will have none of the sickening stupid veneer that civilization has laid on the arts for hundreds of years, but it will not be crude. And it will drive in to the emotions a new depth because of the primitiveness, the directness, and the fundamentalness of its expression.” 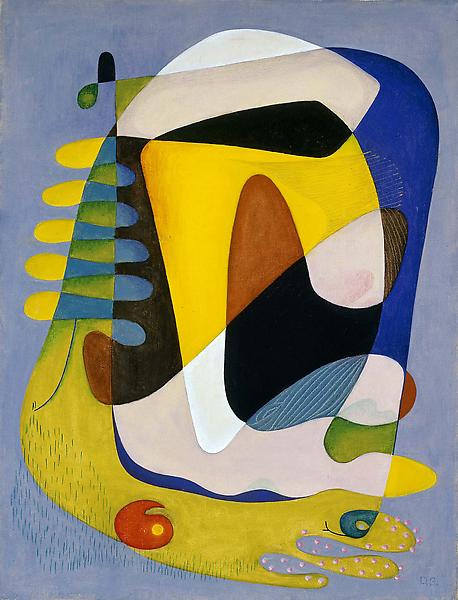 With Rebay’s assistance, Grant moved to New York and began working at the Guggenheim. His own art flourished, and between 1938 and 1941, he made several experimental films, including Contrathemis, an eight-minute, animated production, for which he did some four thousand drawings. (An edited version of Contrathemis is seen below with added modern ambient music by Vimeo member “A.R.“)

In 1942, Grant went to work for a commercial film company and during World War II made navy training films. Soon thereafter, he began doing scientific illustration and making teaching films for the medical profession. Although he continued to paint and draw independently, his career in medical films took precedence, and until the mid 1970s, he exhibited his creative work only on rare occasions. 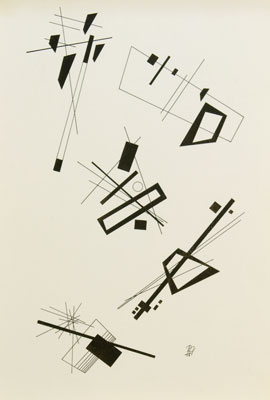 In New York in the early 1940s, Grant was friendly with John Sennhauser, Jean Xceron, Irene Rice Pereira, and others associated with the Guggenheim Foundation. However, he did not become actively involved with either the American Abstract Artists or other organizations that provided an artistic or political forum for practicing artists. His own vision had developed independently, and although his paintings bear some resemblance to those of Kandinsky, his interest in balance and rhythm grew intuitively rather than as the result of a theoretical searching for new forms of expression. 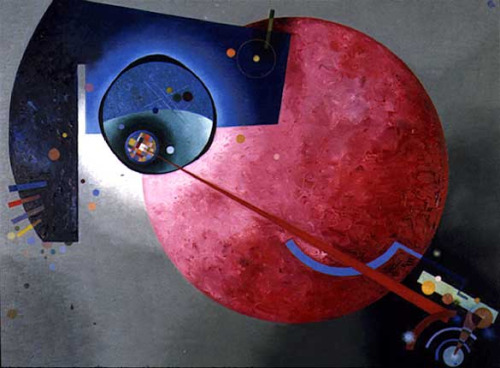 Dwinell Grant passed away in Doylestown, Pennsylvania at the age of 79, on May 2, 1991.

Seen below is another of Grant’s short films, but with a very modern, jazz/prog-rock soundtrack by “Devil Music Ensemble,” which proves to be rather interesting accompaniment. I would like to believe that Grant would approve.