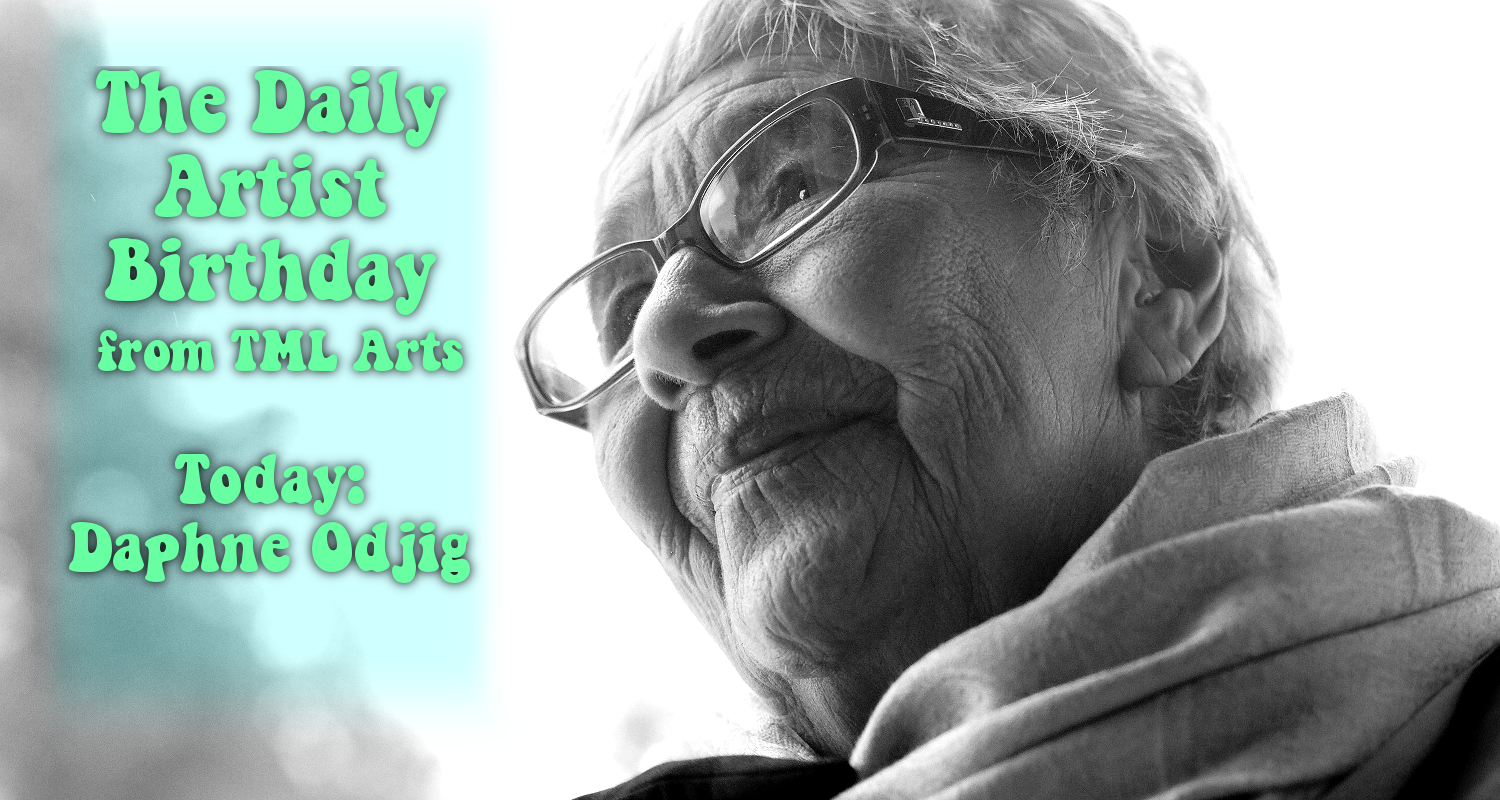 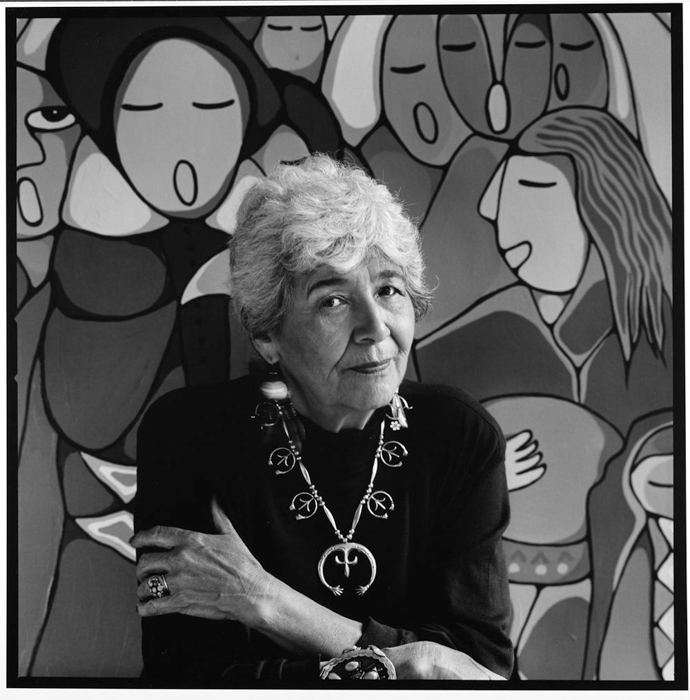 Daphne Odjig, CM OBC (b. September 11, 1919), is a Canadian First Nations artist of Odawa-Potawatomi-English heritage. Her many awards include the Order of Canada and the Governor General’s Award. Her painting is often characterized as Woodlands Style. Daphne Odjig was also the driving force behind the Indian Group of Seven. 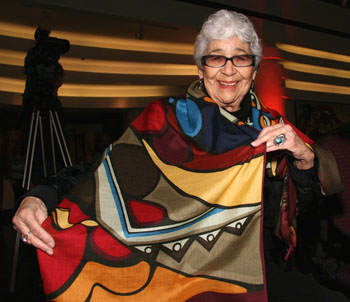 Daphne’s first and perhaps biggest artistic influence was her paternal grandfather Jonas with whom the young family lived. “My grandfather played a great role in my life – he nurtured my creative spirit – he was the first one I ever drew with…he was my first mentor.” 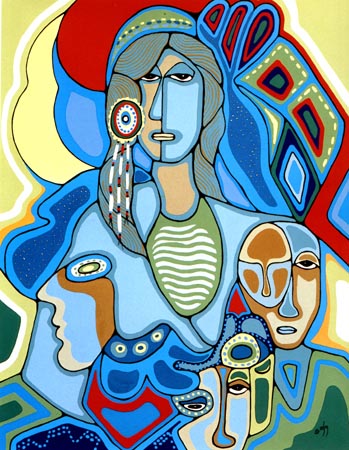 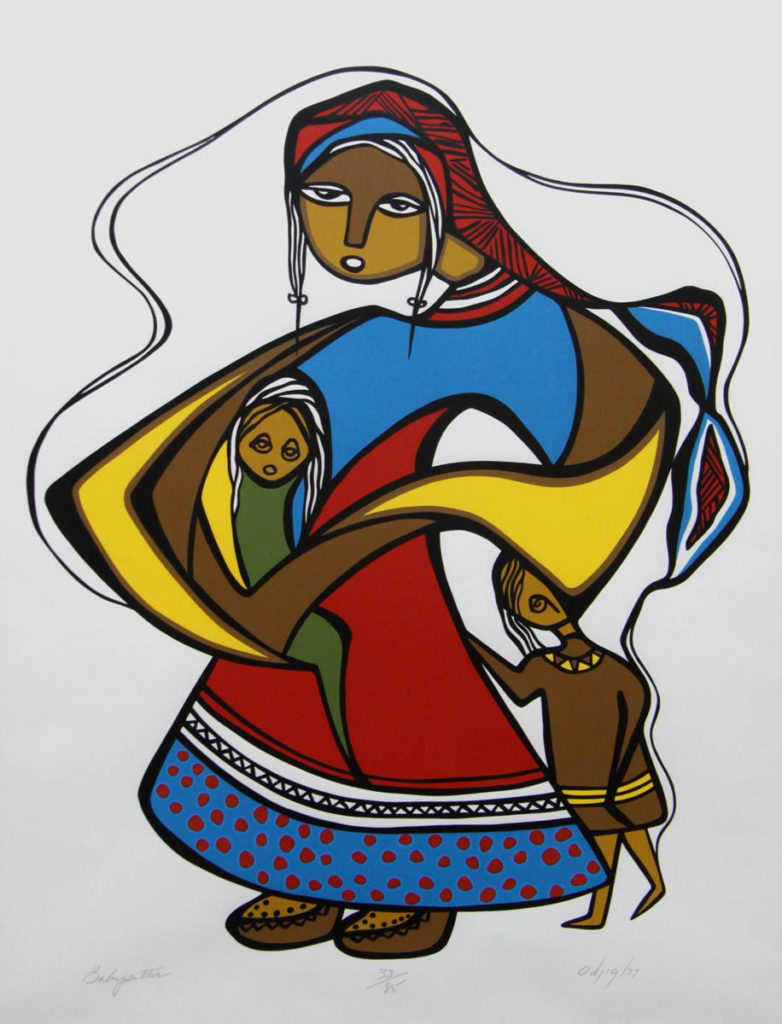 Odjig moved to Ottawa for a formal art education. She went on to continue her art education in Sweden. She fused together elements of aboriginal pictographs and First Nations arts with European techniques and styles of the 20th century. Her breakthrough into the art work happened in the 1960s when she received critical acclaim for her pen and ink drawings of Cree people from northern Manitoba. 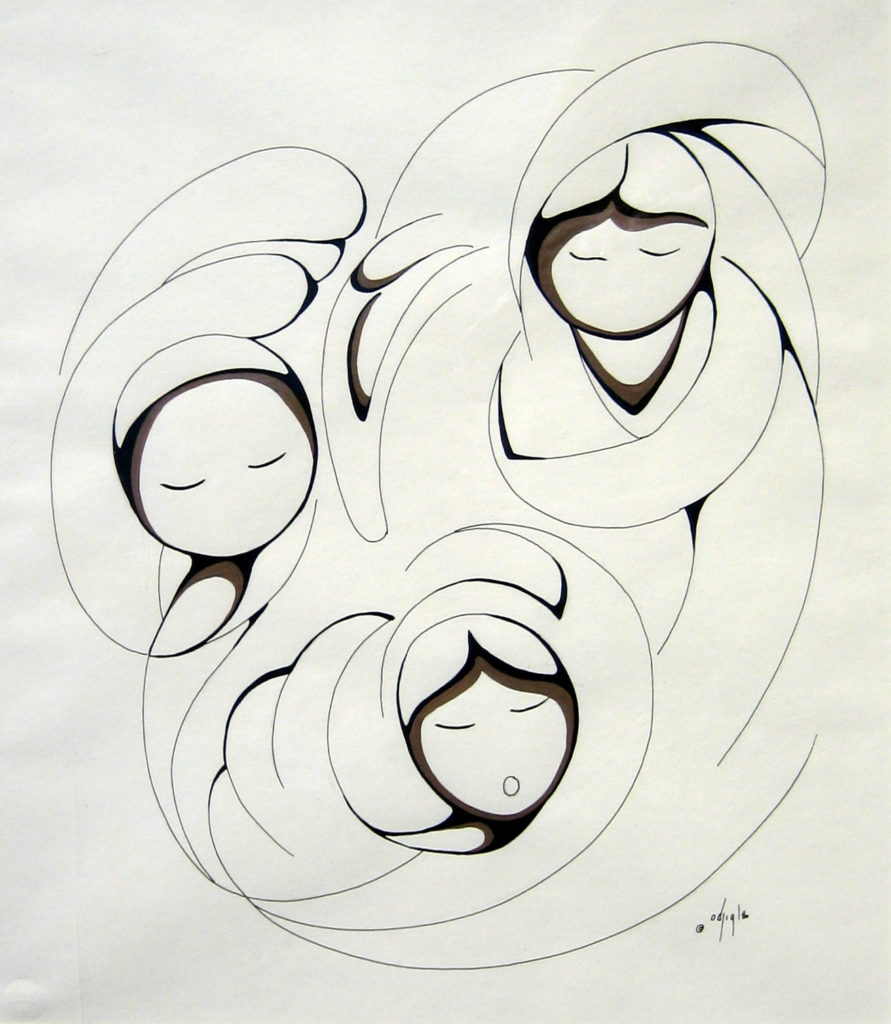 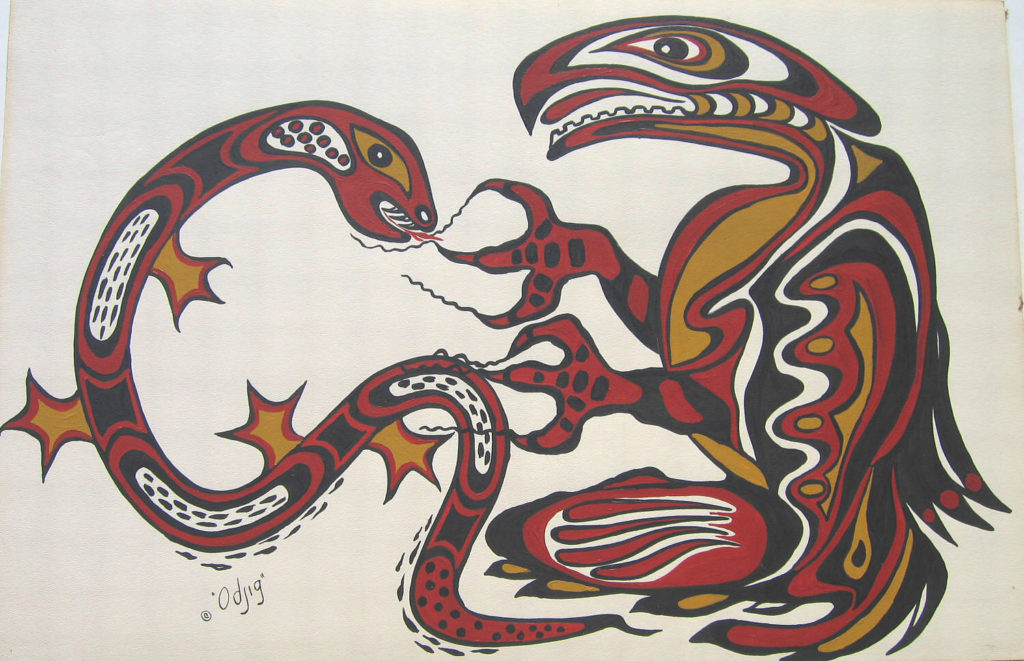 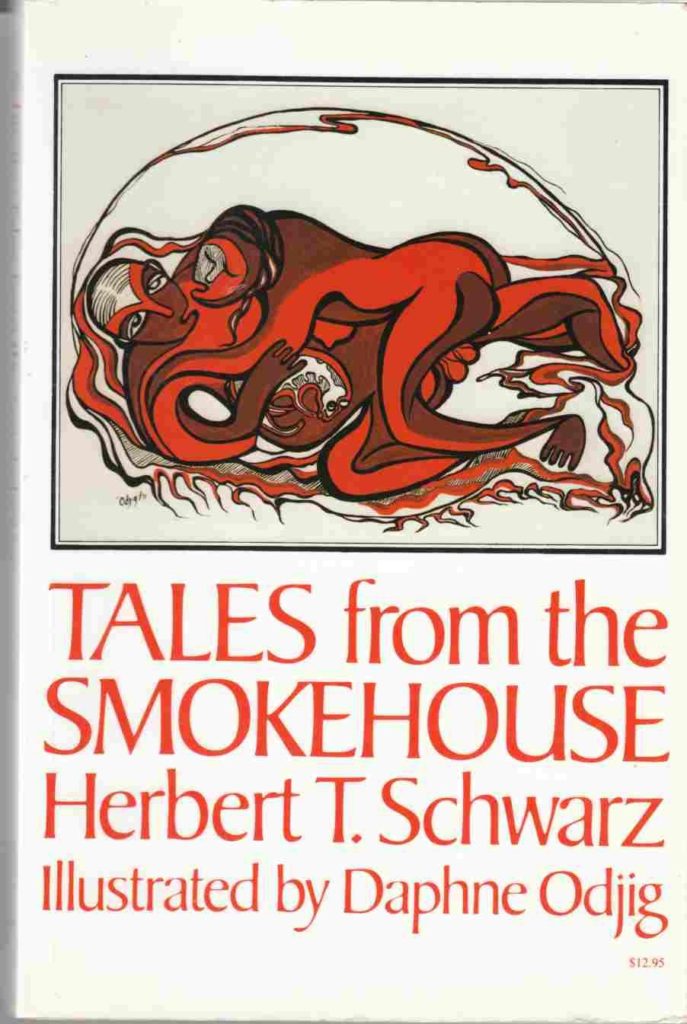 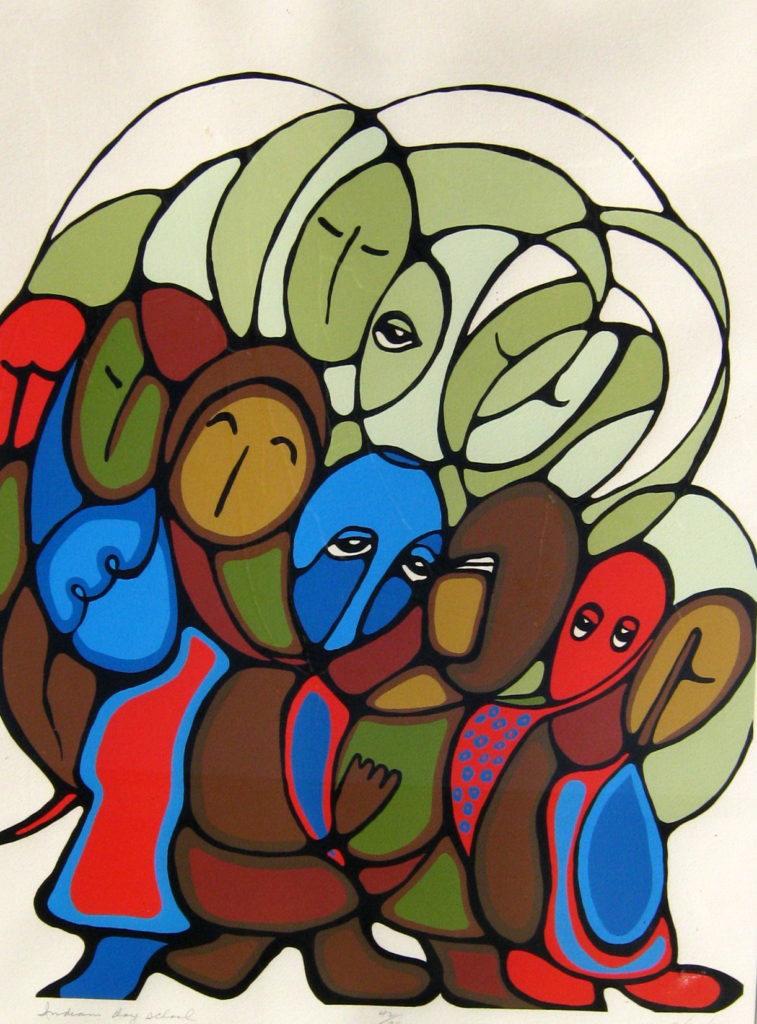 Would you like to know more about Daphne Odjig?This introduction was edited from the full article here: https://en.wikipedia.org/wiki/Daphne_Odjig