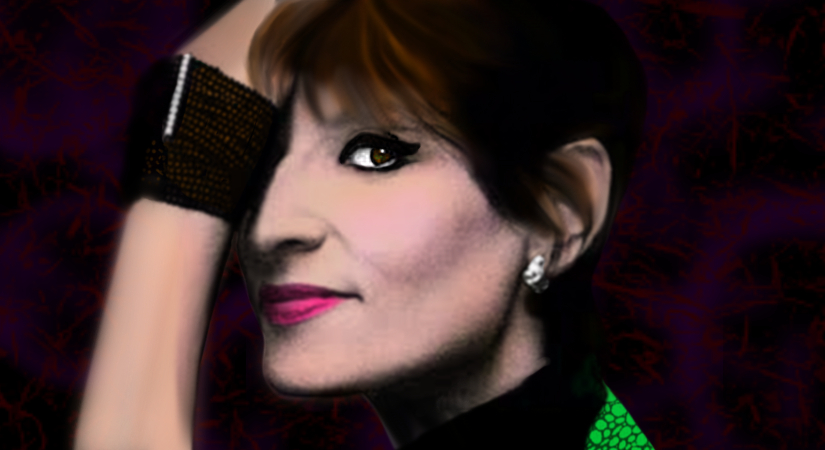 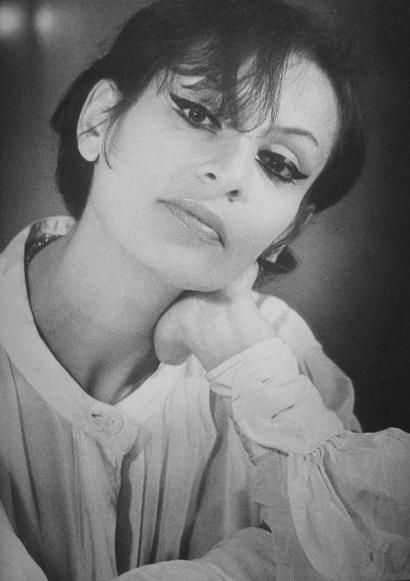 Born in Paris to a Jewish family, Barbara was ten years old when she had to go into hiding during the German occupation of France in World War II. After the war ended, a neighborhood professor of music heard her sing and took an interest in helping her develop her talents. She was given vocal lessons and taught to play the piano, and eventually she enrolled at the Ecole Supérieure de Musique. Money was a problem and she gave up her musical studies to sing at “La Fontaine des Quatre Saisons,” a popular cabaret in Paris. 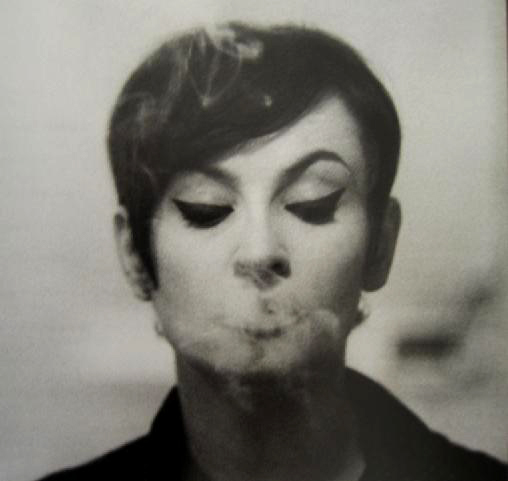 She was deeply scarred by the war and her family’s plight. The feelings of emptiness experienced during childhood showed in her songs, particularly “Mon Enfance“. She said in her uncompleted autobiography, Il était un piano noir (assembled from notes found after her death), that her father sexually abused her when she was ten and she hated him for that. He later abandoned the family.

A tall person, Barbara dressed in black as she sang melancholy songs of lost love. From 1950 to 1952, after her father’s desertion of her family, she lived in Brussels, where she became part of an active artistic community. Her painter and writer friends took over an old house, converting it into workshops and a concert hall with a piano where she performed the songs of Édith Piaf, Juliette Gréco and Germaine Montéro. However, her career evolved slowly and she struggled constantly to eke out a living.

Returning to Paris, she met Jacques Brel and became a lifelong friend, singing many of his songs. Later she met Georges Brassens, whose songs she began to use in her act and to record on her first album. In the 1950s, she sang at some of the smaller clubs and began building a fan base, particularly with the young students from the Latin Quarter. In October 1953 she married Claude John Luc Sluys, a Belgian law student, but they separated in 1956. 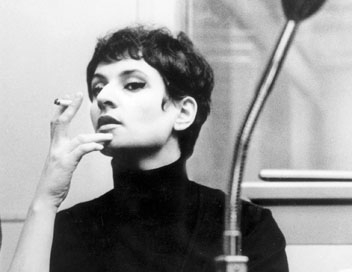 In 1957, she went back to Brussels to record her first single, but it was not until 1961 that she got a real break when she sang at the Bobino Music-Hall in Montparnasse. Dressed in a long black robe, she gave a haunting performance, but the Parisian critics said she lacked naturalness and was stiff and formal in her presentation. She continued to perform at small clubs, and two years later at the Théâtre des Capucines she succeeded with the audience and critics alike, singing new material she had written herself. From that point on, her career blossomed and she signed a major recording contract in 1964 with Philips Records. 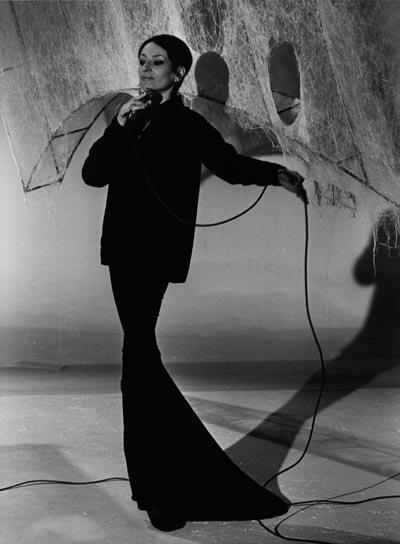 Influenced originally by songwriters Mireille and Pierre MacOrlan, she developed her own style and the writing of her own songs transformed her image into that of a unique singer-songwriter. In the 1960s, she wrote her landmark song, “Ma plus belle histoire d’amour c’est vous” (“My Most Beautiful Love Story Is You”)…

…and others for which she remains famous such as “L’aigle noir“, “Nantes“, “La solitude“, “Göttingen” and “Une petite cantate.” These five songs plus “Dis, quand reviendras-tu?” were translated into German by Belgian-German singer-songwriter Didier Caesar.

The song “Göttingen” (named after the German city of Göttingen) is said to have contributed more to post-war German–French reconciliation than any speech by a politician. On the 40th anniversary of the Elysée agreement, ex-chancellor Gerhard Schröder quoted from the song in his official speech in the Château de Versailles. 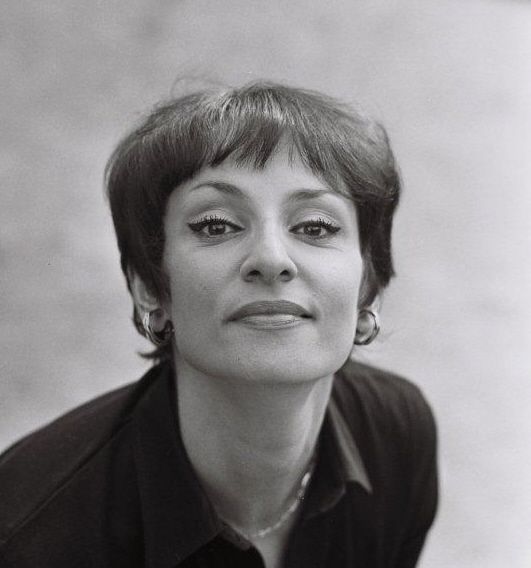 She returned to Bobino in 1964 for several sold-out performances. She performed at the Paris Olympia and other important venues in France, becoming one of her country’s most beloved stars. In 1965, she released the album Barbara chante Barbara, which became a critical and financial success, winning the Grand Prix du Disque of the Charles Cros Academy. At the award ceremony, Barbara tore her award into several pieces, giving a piece to each of her technicians as a sign of her gratitude. 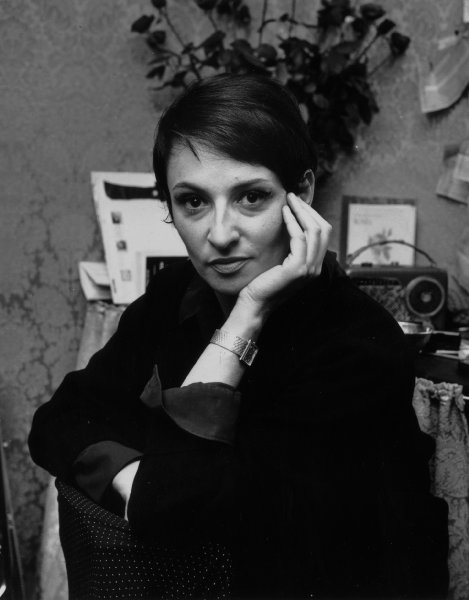 In 1969, she wrote the theme song “Moi, je me balance” for the film “La fiancée du pirate“. She announced that she would limit her concert singing, and in 1970 she made her acting début in the stage play Madame that proved to be a commercial flop.

In 1971 she co-starred with Jacques Brel in a film he directed titled Franz. Two years later she starred in L’Oiseau rare directed by Jean-Claude Brialy. Her final film role came in 1975 in Je suis né à Venise by choreographer Maurice Béjart.

Barbara’s career remained active in the 1970s, with appearances on television variety shows with stars such as Johnny Hallyday and a tour of Japan, Canada, Belgium, Israel, the Netherlands and Switzerland. Through the 1980s, she continued to tour and to write songs; her album Seule was one of France’s top grossing releases of 1981. The next year she was awarded the Grand Prix du Disque in recognition of her contribution to French culture. She developed a close working relationship with rising film star Gérard Depardieu and his wife Élisabeth, collaborating on songs for film and records. 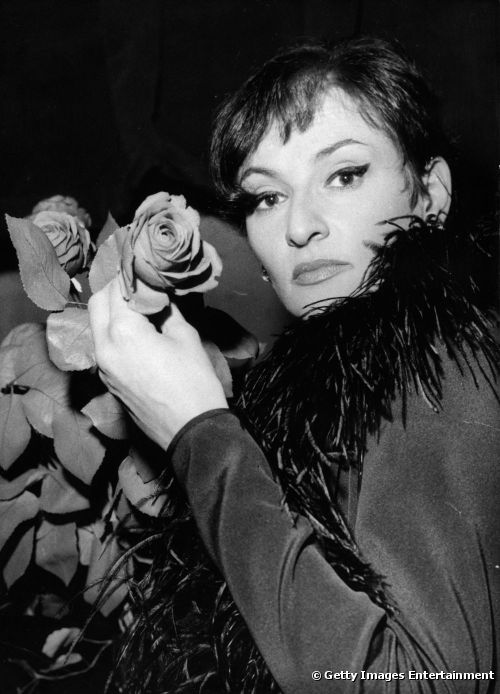 In 1986 she went to New York City to perform on piano at the Metropolitan Opera with Mikhail Baryshnikov in a song and dance ballet presentation. She co-wrote the music for the stage play Lily Passion with Luc Plamondon, in which she co-starred with Depardieu. It told the story of a killer who murders someone each time he hears her sing.

In the latter part of the 1980s she became active in the fight against AIDS. She recorded SID’Amour à mort and gave out condoms at performances. In 1988 the government of France awarded her the Legion of Honour.

Throughout her career, she wrote many very personal songs. “Nantes” about her father, “Une petite cantate” dedicated to her friend Liliane Bénelli, born Gnansia, who died in a car accident in 1965. Later in life, she wrote “Ma plus belle histoire d’amour” for her admiring public, and about her musicians she wrote “Mes hommes“.

In the last years of her life, health problems impeded her performing and she began to devote time to the writing of her memoirs. However, she recorded another successful album in 1996, simply entitled “Barbara,” which sold over a million copies in twelve hours. 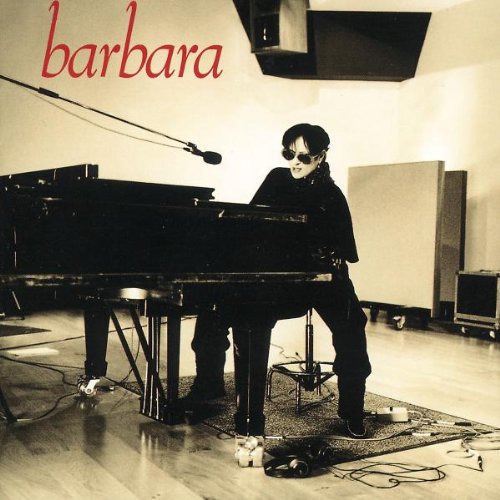 Her enigmatic voice was finally silenced on November 23, 1997, and the great Barbara was to pass away of respiratory problems in Neuilly-sur-Seine, a town near Paris. She was interred in the family grave at the Cimetière de Bagneux in southwest Paris. 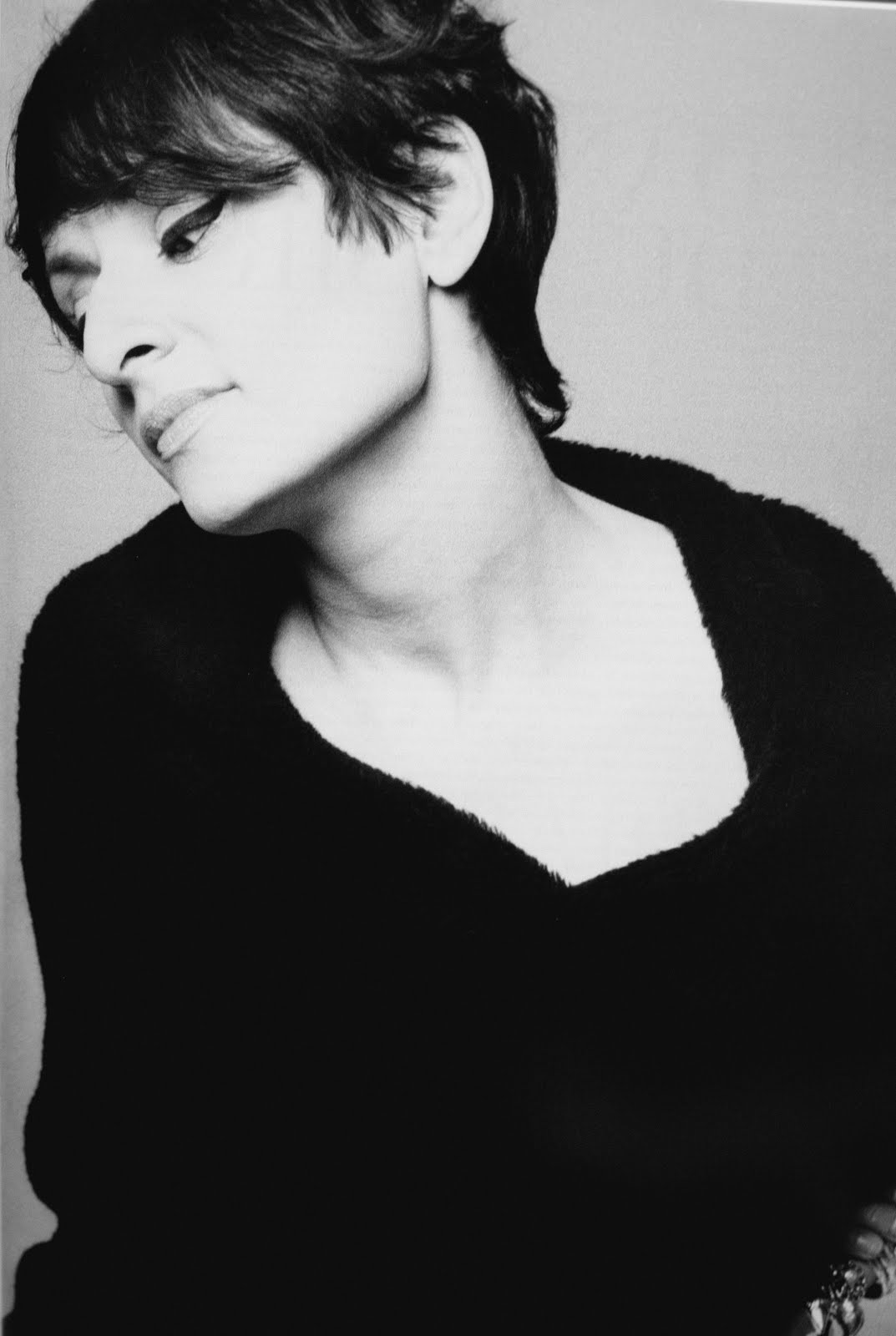